Not surprisingly, given the vast scale of the music and its relentless intensity, the band explained that the overarching theme of Deeds was “about births and downfalls of civilizations in other worlds throughout the universe, from creation to final decay, the depletion of the host….” END_OF_DOCUMENT_TOKEN_TO_BE_REPLACED

I can gauaran-damn-tee you that one of the two tracks below will be on my list of 2018’s Most Infectious Extreme Metal Songs — unless my brain suffers a seizure trying to decide between them, which is entirely possible. END_OF_DOCUMENT_TOKEN_TO_BE_REPLACED 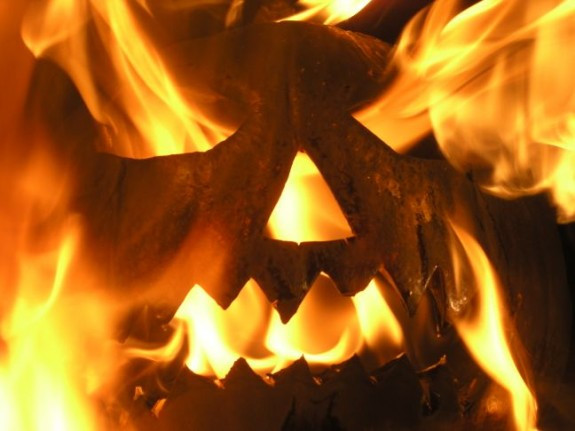 In our continuing attempt to make Halloween last all week, I’ve randomly picked three more Halloween-appropriate metal songs from the slew of suggestions we got via this post on Halloween Day. First up is a music video from Finland’s Medeia (with a little help from Michael Jackson’s “Thriller” video). It includes these immortal pick-up lines in a bar:

“You have a moose? Please just get lost.”

“I think he meant booze.”

My other two picks are songs from Lair of the Minotaur (U.S.) and Spawn of Possession (Sweden). Stay grisly. Drink more blood. Watch and listen after the jump. (Thanks to jeimssi, kingben, and TRex for these suggestions.) END_OF_DOCUMENT_TOKEN_TO_BE_REPLACED 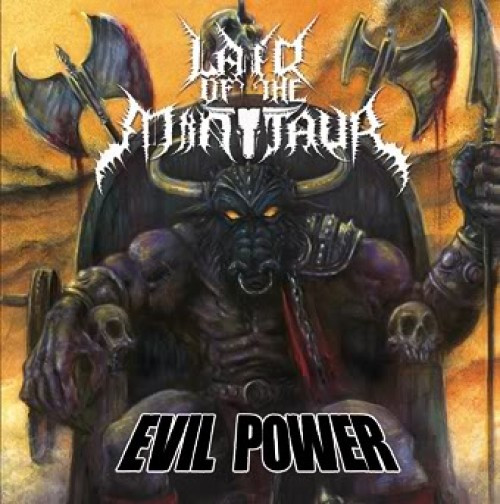 As for those stylistic variations, the album includes thrash-metal stylings, sometimes mixed with hard-rock chords and drum fills (“Attack the Gods”), metal-infused punk rock rhythms (“Let’s Kill These Motherfuckers”), old-school death-metal riffs that could be straight out of Metalocalypse or Wolverine Blues-era Entombed (“Riders of Skullhammer”), stripped-down, blackened metal with plenty of tremolo-picked chords (“Goatstorm”), and sometimes combinations of almost all the above (“Blood From the Witch’s Vein,” “We Are Hades”).  (more after the jump, including a song to stream . . .) END_OF_DOCUMENT_TOKEN_TO_BE_REPLACED

We’re now almost two months into 2010, and it’s already time for our second update to the list of forthcoming new albums we posted on January 1.  (See the original list here and the first update here.) Below is a list of still more projected new releases that we didn’t know about on January 1 or at the time of our last update about a month ago — and there’s a lot of them.

So, in alphabetical order, here’s our list of cut-and-pasted blurbs from various sources over the last month about forthcoming new releases:

1349: “Prosthetic Records will release the brand new album from Norwegian black metal legends 1349 in North America via an agreement with Indie Recordings. The new CD, which promises ‘a return to the band’s more traditional, raw-yet-technical black metal sound,’ is due on April 13. In support of the yet-to-be-titled record, 1349 will embark on a North American tour in April and May as the support act for CANNIBAL CORPSE (alongside SKELETONWITCH and LECHEROUS NOCTURNE).”

ABACABB: “ABACABB are currently out on the road headlining the Hot Dice On Black Ice Tour featuring Upon A Burning Body!. The tour just hit Texas and will be in California this weekend. Following the tour ABACABB will enter the studio with producer Will Putney at Machine Shop in New Jersey and will have a new album to be released sometime this summer.”

AEON: “Swedish death metallers AEON have set Path Of Fire as the title of their third album, due later in the year via Metal Blade Records. The CD was recorded in September 2009 at Empire Studio in Östersund, Sweden and was mixed the following month at Mana Recording Studios in St, Petersburg, Florida by Erik Rutan (HATE ETERNAL, MORBID ANGEL, CANNIBAL CORPSE). The mastering was handled by Alan Douches at West West Side Music (CONVERGE, HATEBREED, THE DILLINGER ESCAPE PLAN) in New Windsor, New York.”

AMORPHIS: “AMORPHIS will release its first-ever live DVD, Forging The Land Of Thousand Lakes, in early June via Nuclear Blast, in time for the band’s 20th anniversary. The filming took place on November 20, 2009 at Club Teatria in Oulu, Finland, where AMORPHIS was supported by STRATOVARIUS and BEFORE THE DAWN. In addition to the full-length live show, the anniversary DVD will include plenty of bonus material documenting the band’s impressive career.”   (much more after the jump . . . ) END_OF_DOCUMENT_TOKEN_TO_BE_REPLACED