Following up on their latest album, 2017’s very good As Was, New York’s Black Anvil have a new EP named Miles headed our way, a release that was written, performed, and recorded as a tribute to late The Devil’s Blood guitarist/vocalist Selim Lemouchi. DECIBEL mag, which premiered the EP’s opening track earlier this week, describes Miles as retaining “the barely-restrained insanity of Black Anvil’s previous releases while also embracing more melody and vulnerable emotion”, and that description is borne out my the song they premiered, “Iron Sharpens Iron“. 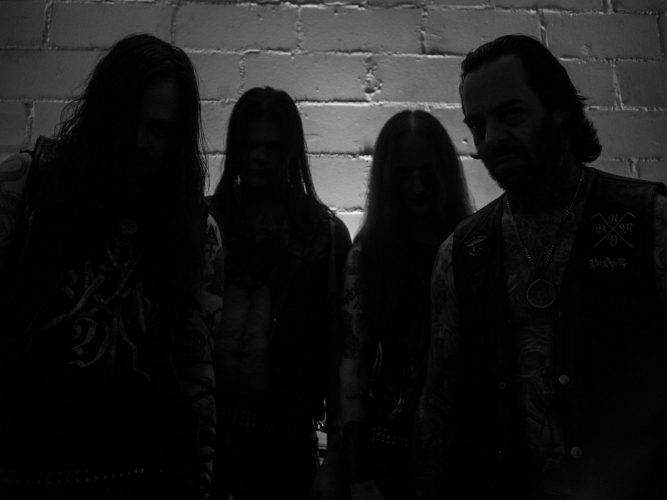 At first the song rips and roars, with deep drilling tones paired with high shrieking and gleaming ones, and a mix of harsh and clean vocals. Later, as it slows, the song’s melody becomes moodier and more more esoteric, though the vocals are no less extravagant, and there’s a hell of a guitar solo that caps a final surge.

Miles will be released by STB Records on March 9th. “Iron Sharpens Iron” is still only streaming at DECIBEL, so go here to give it a listen. 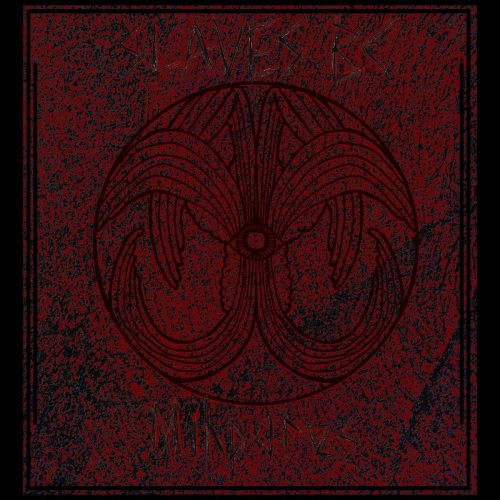 Like Black Anvil, Pittsburgh-based Slaves BC are following up a very good album (2018’s Lo, and I Am Burning) with a shorter reccording — specifically, a single called Mihpares, which was released on February 18th by The Fear and the Void Recordings.

This song contrasts with the firebrand energy of my opening pick by Black Anvil. It’s downright oppressive, and intensely disturbing. The band apply crushing, pounding weight, while shorting out your neurons with an amalgam of dissonant, demented, ear-gouging guitar emanations and shattering vocal extremity.

But if you think that sounds catastrophic, just wait until the band cut loose at the 2:40 mark. The queasiness and misery channeled in the opening segment (and again later) are quickly blasted away by a cacophony of unhinged fury and brazen destructiveness (though it will still do weird things to your inner ear). 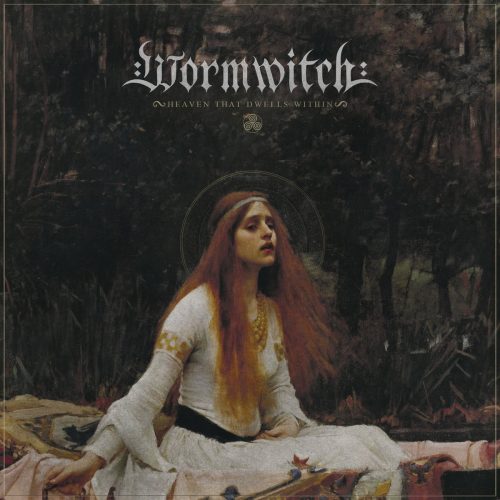 This Vancouver, BC, band, one whose past music I’ve enjoyed, will be releasing a new album entitled Heaven That Dwells Within on April 5th, which I learned about thanks to a Bandcamp alert earlier today. Along with that Bandcamp alert came a link to the stream of the new album’s opening track, “Disciple of the Serpent Star”

The racing drumbeat and emotionally powerful riffing will get normal people moving right off the bat, even if the savagery of the vocals simultaneously raises goosebumps on your arms. While the drumming occasionally becomes less frenetic, the dark aura in the music persists, becoming more melancholy in the slower moments, while more bruising and desolate in the full-throttle sections. Also, loosen up your neck before you cross the half-way point… you’ll see what I mean. There’s also an element of tragic grandeur in the song, which flares into full view at the end. 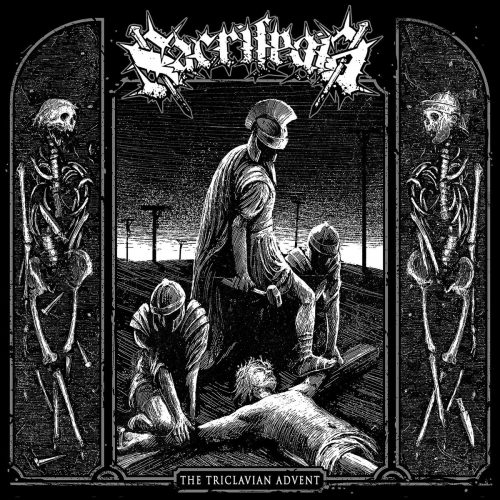 Now… to end this round-up on an especially vicious note… here’s the first advance track off The Triclavian Advent, the new album by the Irish blackened thrash band Sacrilegia, which will be released by Invictus Productions on April 12th.

One Response to “SEEN AND HEARD: BLACK ANVIL, SLAVES BC, WORMWITCH, SACRILEGIA”