(Andy Synn prepared this trio of reviews for new releases by bands from the UK.)

For whatever reason, I’ve really struggled to pull together an edition of “The Best of British” so far this year. Despite receiving numerous suggestions and recommendations, only a few have really stood out to me.

Thankfully the three albums featured here, all released over the course of the last month, have proven to be the exception(s) to the rule, and are all well worth checking out if you’re interested in keeping abreast of current developments in the UK scene.

Two of these records represent a pair of highly anticipated, highly promising, debuts from a couple of new-ish names, while the third is a stunningly savage sophomore release from one of the country’s most punishing purveyors of sickeningly heavy Sludge-core.

So, without further ado, allow me to introduce you to Antre, Ithaca, and Mastiff. 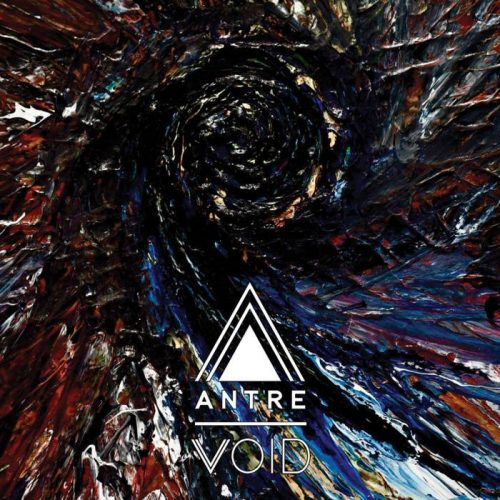 While you’ve  probably heard a lot about the strength of the UK Black Metal scene recently, one thing you’ve likely heard less about is how for every Dawn Ray’d or The Infernal Sea (to pick two of the most well-known names) there’s thirty to forty other chancers and trend-chasers who seem to think that simply copying Deafheaven, Dark Funeral, or Deathspell Omega, only with a British accent, somehow makes them original.

Thankfully the debut album from Antre definitely sounds like the product of a band working to discover their own voice and vision… even if they haven’t quite found it just yet.

At its best, the music on Void displays an instinctive grasp of both atmosphere and aggression which, while not dissimilar to the malevolent heaviness of Infestus or the seething menace of American antagonists The Funeral Pyre, seems to come from a much more organic and natural place than some of the band’s peers.

In particular, tracks like visceral opener “Suffer the Light”, the scorching “Into Oblivion”, and the truly malevolent “Guided by Nightmares”, showcase the sort of surprisingly elegant and dynamic balance between blistering intensity and brooding introspection that you’d expect from a much bigger and more well-established band.

It’s not all (black) rainbows and (withered) roses, however, as there are a few moments which betray the fact that the band clearly don’t quite have a full grasp of who/what they want to be just yet.

Don’t get me wrong, there’s nothing wrong with adding a bit of variety to your blackened brew, and there are certainly elements of this album (particularly the anguished, semi-clean vocals which pop up part-way through “Into Oblivion”) which deserve to be expanded upon in the future.

However, both the acoustic instrumental strains of “Denisovan” and the oddly punky riffs which make an appearance during “Fear the Old Blood” and otherwise-outstanding closer “Beyond These Skies” simply don’t gel particularly well with the rest of the album, and their jarring inclusion has an unfortunate tendency to break the immersion which the band has striven so hard to cultivate.

Still, these flaws aren’t fatal (and, it must be said, the album’s second instrumental track, “The Frozen Deep”, flows much better), and the existence of songs like “Tyrant” and “Infinite Abyss”, both of which offer a short-but-savage blast of feral, unflinching fury, more than makes up for any minor missteps along the way.

Void will be released on February 22nd. 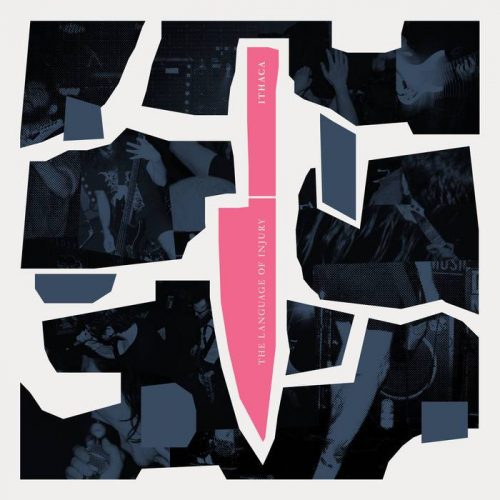 ITHACA – THE LANGUAGE OF INJURY

In all the hype and fanfare which has surrounded the release of Ithaca’s debut album, The Language of Injury, one thing which has surprised me is just how much of the coverage has focussed more on the band’s message than their music.

Make no mistake, the band’s in-your-face intolerance for racism, sexism, and homophobia is something I can definitely get behind, and there’s a clear sense of confidence and conviction behind every poignant, principled lyric, but it would be a shame if Ithaca became known just for their outspoken lyrical stance rather than for the strength of their incredibly expressive, and surprisingly progressive, brand of Metallic Hardcore.

The opening combo of “New Covenant”, “Impulse Crush”, “Secretspace”, and “Slow Negative Order” is an incredibly intense way to kick things off, as well as a near-perfect introduction to the group’s sound for those who aren’t familiar with their previous two EPs.

Mixing wild, discordant riffs, crisp, crunchy chugs, and reckless, feverish drums, each of these tracks – the longest of which only just breaks the three-minute mark – is a tumultuous emotional rollercoaster which frequently teeters on the edge of chaos, without ever fully losing cohesion.

Adding to the strength of this opening salvo is the band’s clever use of minimalist melody and haunting atmosphere to break up this torrent of sharp-toothed riffs and scathing screams, and the juxtaposition of these contrasting yet oddly complementary elements (which perhaps finds its pinnacle during captivating closer “Better Abuse”) reminds me very strongly of much-missed Metalcore titans Poison The Well, a band whose entire career was built upon bucking trends and defying expectations.

Granted, the seams and stitches where the band have sewn together their various influences are occasionally a little too obvious, and there’s definitely a feeling that, after listening to all ten tracks, the howling vocals of Djamila Azzouz could possibly do with a little more dynamic variation (although, that being said, the emotive clean vocals featured on songs like “Gilt” and the stunning title-track, are pretty much perfect in both their tone and delivery), but overall The Language of Injury is the sort of album which should not only further establish the band as one of the bright lights of the UK scene, but also provide them with a strong foundation upon which to build something even bigger, and better, in the years to come. 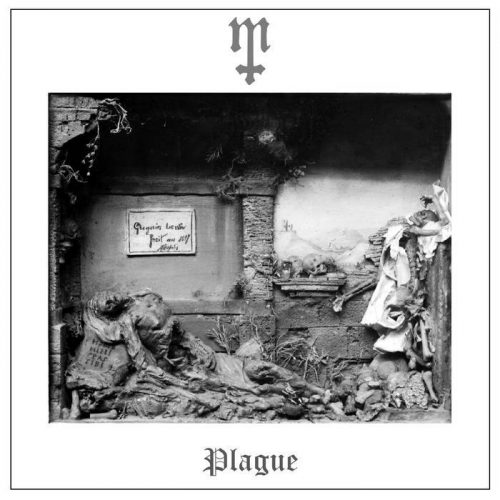 As the longest-running and most established band of the three, it should be no surprise that Mastiff’s second album, the eloquently and aptly-titled Plague, is the most crushing and cohesive record on this list.

Ugly, uncompromising, and undeniably virulent, these eight tracks are as nasty and nihilistic as they come, albeit not without their share of nuance, something which is a testament to how long, and how closely, the five members of Mastiff have been working together in pursuit of a common goal.

The sheer heaviness and hellish intensity unleashed on tracks like “Hellcircle” and “Bubonic”, the album’s annihilating openers, recalls a venomous, volatile mix of Napalm Death, Nails, and Nasum, only with an added layer of sonic sludge ladled on top of it, while the soul-crushing slow-down of “Quarantine” and the humongous grooves which underpin “Vermin” help to highlight the doomy side of the band’s nature to absolutely horrifying effect.

Speaking of “horrifying”… the twin-headed audio assault of “Torture” and “Weep” somehow manages to up the ante even further, bombarding the listener with an explosive array of gargantuan guitars, bludgeoning blastbeats and gruesome, glass-gargling vocals, with the latter in particular sounding like vocalist Jim Hodge is right on the verge of vomiting up his own spleen.

It’s also probably well worth pointing out at this point that Plague was recorded live in the studio, something which helps capture the brutal, barbaric nature of the band’s live show while also highlighting how disgustingly tight they’ve become in recent years.

Nowhere is this more obvious than on nightmarish, nine-minute closer, which blends all the band’s influences and ingredients together into one sickening slab of devastating, doom-laden Sludge which pulls no punches and never misses a beat, even as it grows steadily harsher and heavier as it builds towards its crushing conclusion.

Definitely one of the most uncompromising and unrelenting albums I’ve heard so far this year, Plague is a welcome reminder of just how wonderfully horrible, and horribly heavy, Metal can be.