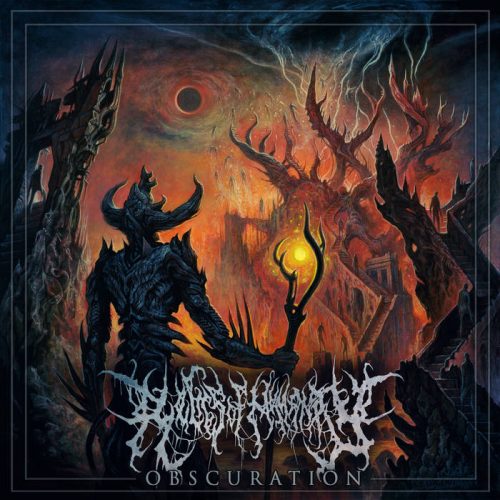 (This is Vonlughlio‘s review of the new EP by the brutal death metal band Relics of Humanity from Minsk, Belarus.)

This time around I have the opportunity to review Relics of Humanity‘s new EP Obscuration, released via Willowtip Records this past 22nd of February. I have been listening to it non-stop and have to say that the music is back to the veins of their first album, Guided by the Soulless Call (which is their best work in my opinion).

The band have been active since 2007 and have released  demos, two albums, a compilation, and now this EP. One of the things I like about the project is that they have a specific sound to their music that is very recognizable, and have been able to maintain it through the years. 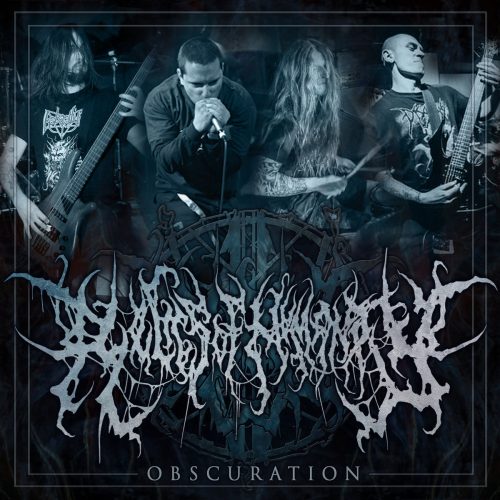 Back in 2013 I was blown away by their first release, like most people who follow this scene. Powerful vocals,  riffs for days, and torrid blast-beasts made this a very addictive  effort.  In 2014 they released their sophomore album entitled Ominously Reigning Upon the Intangible, which for me was quite different in its song structures with the incorporation of melodic part here and there. It took me a couple of listens, but I finally appreciated what they had done, and now going back to it, I enjoy it more.

After that they released singles, and in 2018  a compilation entitled Decade Ov Desacralization that included some of their earlier works, a single from the new EP, and some live tracks. I must say that having A.J. Magana (ex-Defeated Sanity, ex-Disgorge) as their vocalist is fucking amazing, and on the Obscuration EP he sounds deadlier than ever, bringing us a top-notch performance that vividly shows why he is one amazing BDM vocalist.

As I mentioned in the first paragraph, the sound of this new effort makes me think of their first album, but with a much more natural and cleaner production that enhances the sound of each instrument and lets them do their thing distinctly. Still, the guitars are just filthy and the riffs are contagious in a good way, going hand-in-hand with drumming that is fast and precise. The bass is handled by Mr. Boyer from Suffocation, and it’s a hero all on its own.

Overall, this is an EP that wonderfully showcases the talents of the musicians in the project. Hopefully, when they decide to record a new full-length it will follow the lines of this EP.  My only complaint is that this is not an album!!!! Other than that, I encourage you to give it a listen below: