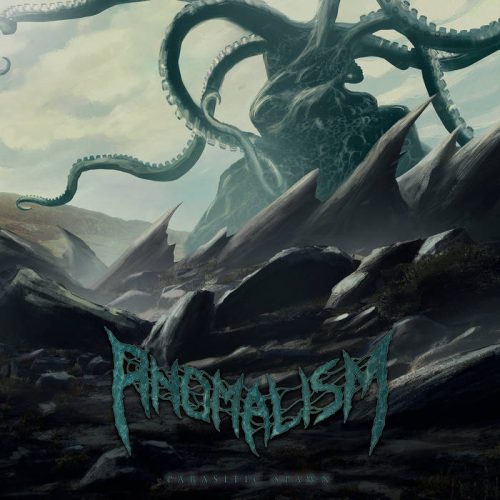 The cover art created by Erskine Designs for the debut EP by the Canadian tech-death band Anomalism would seem tailor-made as the backdrop for a lyric video about a song devoted to horrifying nightmares, and that’s exactly what we have here today. The name of the song featured in the video we’re premiering is “Vicious Fiction“, a full-throttle yet creepy dose of viciousness off Anomalism‘s EP Parasitic Spawn, which was released on January 4th.

Anomalism is a fairly new band, having coalesced only last year in the frigid wasteland of Winnipeg, Canada, with the evident aim of combining mauling brutality, head-spinning instrumental dexterity, insidious melody, and a taste for otherworldly horror — qualities that are displayed quite effectively through “Vicious Fiction“. 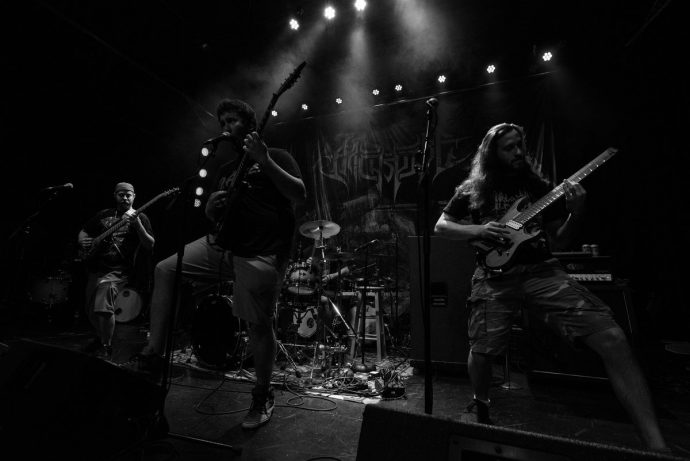 There’s a crazed kind of monstrosity in the track’s plundering rhythms, gruesome, mangling riffage, and livid growls and shrieks, as well as a sense of freakish flesh-feeding frenzy in the bursts of blaring melody and skittering fretwork. There’s already a feeling of inhuman menace in this assault, but the otherworldly dimensions of the song become more pronounced after a short bridge, when the rhythm section lock into an imminently headbang-able (and skull-busting) groove and the lead guitarist delivers an eerie, slithering solo that transforms into a queasy, wriggling thing, before a final burst of battering derangement.

Parasitic Spawn is recommended for fans of The Black Dahlia Murder, Psycroptic, and The Faceless, and it’s available now through Bandcamp. You can check out a full stream of the EP right after this new lyric video below.