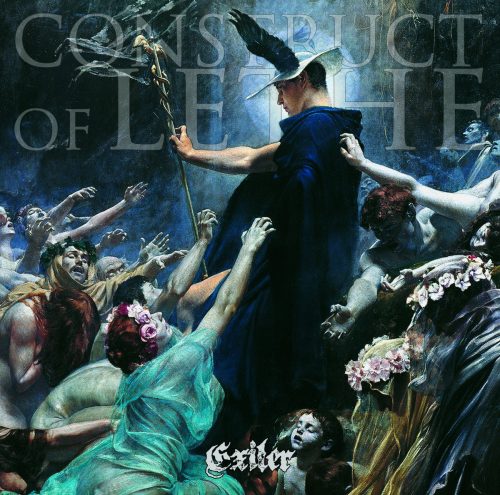 We had the good fortune of hosting not one, but two, song premieres leading up to the release of Construct of Lethe‘s powerful 2018 album, Exiler. The first of those was “Rot of Augury”, and the second was “Terraces of Purgation”. Both were really good songs from a granite-solid album — and I didn’t pick either one of them for this list.

I easily could have picked one of those tracks, but the one I did pick is “The Clot“. It was the first single from the album, and someone made a good decision choosing it as the lead-off song to launch the album-release campaign. It makes such an immediate, jaw-fracturing impact, one of those songs that when you first hear it, you need to hear it again right away, as soon as you’ve picked up your front teeth off the floor.

The song has a hell of a battering, bludgeoning, and swarming intro section, which is a big reason I’ve picked it for this list, and then the full-throttle rampaging begins in earnest, an experience that’s both blood-freezing in its murderous cruelty and blood-boiling in its ferocity. The eerie guitar leads, the fanfare-like bursts of melody, the swirling dual-guitar solo, the electrifying drum work, the mountainous grooves, and the lethal vox further make the song stand out like a beacon in the stygian depths of the underworld. 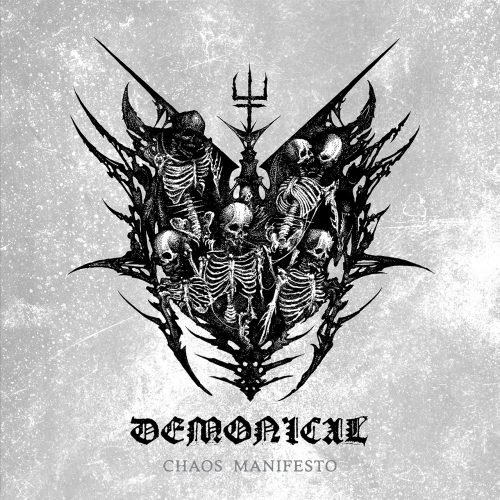 Demonical is an old favorite around these parts, a band we can always count on to deliver the goods. In his review of their latest album, Chaos Manifesto, my comrade DGR referred to their music as Swede-death “comfort food” — “no pretenses, no real attempts at breaking genre conventions, just a solid eight-track, thirty-six-minute slab of death metal that gives metal fans across the variety of the circle-headbanging genres something to salivate over”.

Vocalist Alexander Högbom joined the band for this latest release, along with a couple of other new players, further solidifying the band’s connection to Centinex, and his livid slaughtering growls and snarls are always welcome. The songwriting remained dependable, even as the band switched things up as they moved through the album, hitting epic highs and delivering invigorating gallops as well as cranking out songs that drive right into the sweet spot of “the buzzing, chainsaw guitar tone and hefty, pounding drum section that have become the hallmarks of this branch of death metal” (to quote DGR again).

It’s one of those latter tracks that I picked for this year’s list, the highly addictive “A Void Most Obscure“, which rampages and lurches in equal measure, as plundering as it is ghoulish. 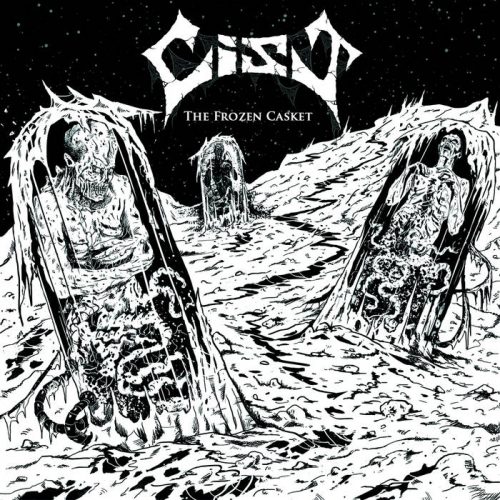 Cist’s The Frozen Casket is another one of those 2018 albums we didn’t pay nearly enough attention to. Since we failed to review it ourselves, I’ll point those of you unfamiliar with the album to the review by Diabolus at Angry Metal Guy, who likened the music to “something between Leprosy and Scream Bloody Gore with the more Western European notes of Pestilence’s Consuming Impulse and Testimony of the Ancients thrown liberally but not gratuitously into the mix”, with vocals that themselves sound like “a Schuldiner and Mameli mash-up”.

Yet don’t think that these three Russians can be dismissed as slavish copycats or mediocre traffickers in familiar commodities. I continue to agree with Diabolus:

“Unlike a lukewarm compendium of Death riffs that may have been scrapped by Mr. Schuldiner in the past, The Frozen Casket offers a new band’s unique take on what would happen if nomadic Death lingered for a while longer on their early sounds”.

The album’s lead-off track, “Antisceptic“, provides a good example of Cist‘s talents — and of course it’s damned catchy, too, so much so that it’s now the latest addition to this list: