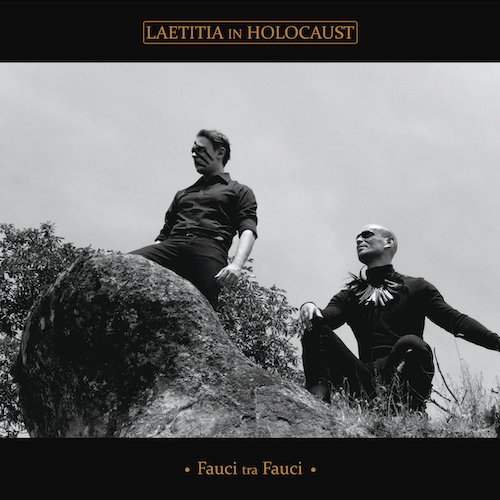 Who doesn’t enjoy an enormous surprise? I don’t mean the surprise of being T-boned at an intersection by a speeding semi-truck, but something like the surprise of stepping through your door and finding that a wild-dreamlike dimension has replaced the mundane comforts of home, with sights and sounds that are thrilling but also dangerous to body and mind. Fauci Tra Fauci, the new album by Laetitia In Holocaust (which will be released by Third I Rex on March 31st), is that kind of surprise.

I literally had no idea what to expect when I began listening to this album, having not heard this Italian black metal band’s preceding two full-lengths or even the single from this new one that premiered at Toilet Ov Hell. For all I know, Fauci Tra Fauci might prove to be a surprise even if I’d been familiar with the band’s preceding works (and for obvious reasons I can’t compare this one to the others). But I’m glad I didn’t know what was coming, because it made this journey of unexpected discovery all the more exciting. 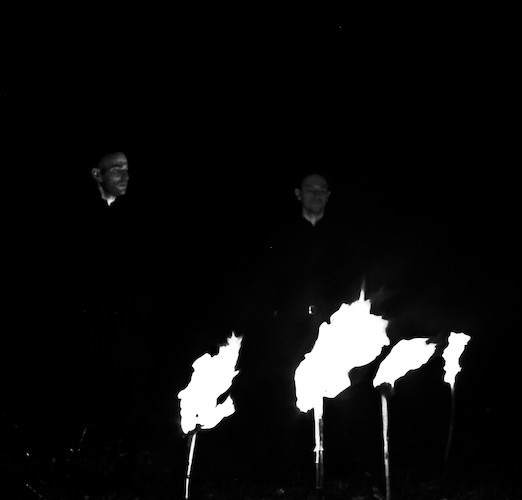 To be sure, there’s nothing wrong with getting what you expect. We all have favorite bands, and gravitate to their new releases because we want more of what we know they will do. But I also think most of us have a taste for things off the beaten paths we’ve come to know, and this album will definitely appeal to adventurous spirits.

The music is itself extremely adventurous, and black metal is only one of its ingredients. It will become evident very quickly as you begin listening that the performances are technically very impressive — the drumming is extravagant; the multiply layered guitar exploits are frequently jaw-dropping; and the songs are accented by the distinctive burble and thrust of a fretless bass, mewling and moaning and punching hard. And all that virtuosity is dedicated to making each track a theatrical show-piece of constantly changing tempos, moods, and visions.

The music displays the variability and inventiveness of the avant-garde, but this duo incorporate melodic hooks and other instrumental motifs that make the music coherent and memorable despite all the eccentric twists and turns. And that makes the album the best of both worlds — it’s unpredictable and head-spinning, intricate and unrestrained, but not inaccessible to a mind that prefers a bit of order. There’s very little that’s simple about the music. They’ll lock into patterns just long enough to hook you with it, and then move on to something else. Yet the effect is not disjointed or confused. Everything is according to plan… even if those plans are more than a bit mad.

I would go so far as to say that there’s a dreamlike quality in every song. I don’t mean dreamlike in the sense of serene — not like floating softly on a warm sea surrounded by pastel colors. Nothing about these songs will lull any listener into a reverie. It’s instead dreamlike in the sense of being un-real. These are strange musical dreams, not exactly nightmarish, but definitely fantastical — and often perilous.

The vocals usually display rampant savagery and cold cruelty in their scalding snarls and bestial growls, though there are a few surprises in store for you there as well. But apart from the vocals, each song is variable in its course. Yet each one channels more or less of certain moods, more or less of certain dominant tempos, and that makes the trip through the album from song to song a variable experience as well.

Below, I’ll give you a more detailed preview of what to expect — but there are spoilers here. You might prefer just to skip to the end and start listening. 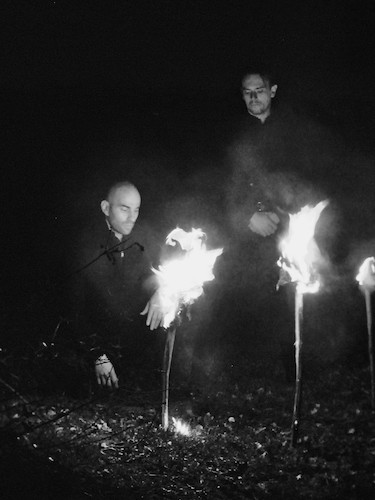 The opener, “Diva Fortuna” is a bonfire of a song, and like a blazing fire the hot lights flicker in unexpected ways. Backed by maniacal drumwork and that distinctive bass pulse, the guitars crash, slash, and flash, cavorting over each other, splintering and then uniting to create unusual harmonies as the music moves among moodier and more ebullient directions, cresting in a crescendo that seems like a crazed dance.

While “Through The Eyes Of Argo” is also fast and fiery, the swirling lead riff pulls at the heart strings with an emotional resonance that’s melancholy and yearning. And with a sharp tempo change the music becomes introspective, and even hopeless, despite the brightness in the tones. A dual-acoustic-guitar performance with a medieval-sounding melody and a surrounding keyboard shimmer gives the song a sublime outro.

The direction of the songs continues to move into darker dimensions with “In Cruelty and Joy“, which opens with a riff that’s part heavy and jolting, and part frenetically flickering, with a lead that seems frantic and forlorn. The bass takes its own lead turn, creating a mercurial and mesmerizing feeling, and as the music slows, it takes on indigo shades, becoming gloomier and more threatening as the vocalist whispers in skin-shivering gasps.

You really wouldn’t have any way of expecting what comes next, unless you’re still reading, because what comes next is a mesmerizing lament, a classical grand piano piece (composed by guests Dark Shaman and LIH and performed by Dark Shaman) accompanied by somber and sorrowing clean vocals and subdued bass.

The opening of “The Elders Know” eases us back into heavier and more harrowing territory with a mid-paced tempo and a dark and mysterious, dreamlike and demented, atmosphere — but the unsettling simmer becomes a boil, with slashes of color and spatterings of blood in the music’s sounds. And that’s followed by the discordance and derangement of “The Foot That Submits” — which also becomes pensive, anxious, and forlorn in its mood.

Yes, all the songs change, though some moods are more dominant in one than in another. The first half of the long closing track, “Gods In the Swarm“, is an anthem of ecstasy. The music whirls and dances, and there’s a feeling of wild, luxuriant abandon in the leads that’s contagious. The hard-driving drums get the pulse racing, and the vocals are the sounds of scalding fury. But past the mid-point the song takes a turn (as by now you knew it would), becoming bleak but also otherworldly, a combination of long, heavy reverberating chords and dissonant chiming notes languishing over remarkably vibrant drum fills — which somehow complement the mesmerizing effect of the stringed instruments.

To repeat, Fauci Tra Fauci is a wonderful surprise, one of those unconventional albums that, at least for the adventurous-minded among listeners, will stay with you. It is the antidote for drabness, an elixir for the bored. And I’ve found that it doesn’t lose its allure as time passes, but is an experience that seems fresh again every time I’ve listened to it. Hope you enjoy it too!

6 Responses to “AN NCS ALBUM PREMIERE (AND A REVIEW): LAETITIA IN HOLOCAUST — “FAUCI TRA FAUCI””