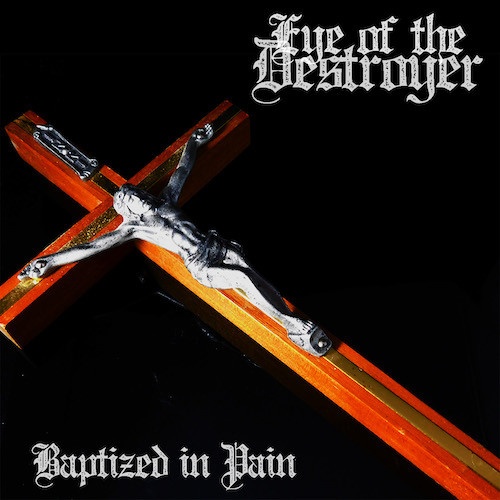 Judging by the song we’re about to premiere from the new album Baptized In Pain by New Jersey’s Eye of the Destroyer, the band picked an accurate name for the record. Listening to “Face Down” feels like being beaten with crowbars.

In addition to being a cold-eyed, heavyweight bruiser, this hybrid of death metal and hardcore is a humongous headbanger. That effect kicks in pretty quickly, but not before the band opens the heavens with a thunderstorm of pummeling drums, rumbling bass, and dismal, ringing chords. Then comes the gargantuan, mercilessly hammering, teeth-loosening riff that will get your head going (and your skull cracking), at the same time as Joe Randazza‘s raw, scalding howls do their damnedest to burn the flesh off your face. 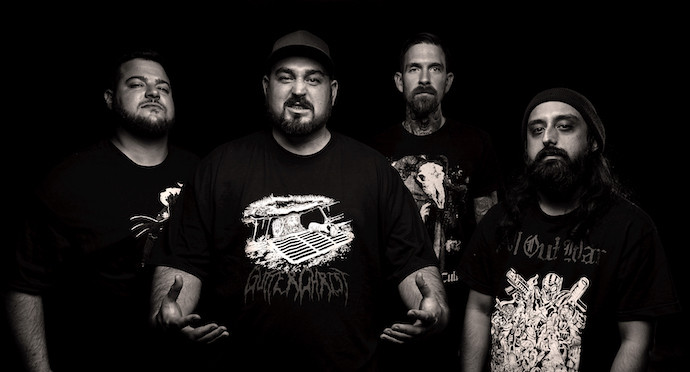 But Eye of the Destroyer aren’t done with you yet, because “Face Down” becomes even more intense, driven by a flurry of brutalizing double-bass kicks that forms the prelude to a no-holds-barred demolition job of vicious, jabbing riffs and calamitous drum-and-bass barbarity, with a scathing shriek extravagantly extending over the top of all that destruction.

It’s a riveting, cathartic experience that packs a visceral, powerhouse punch. If you’re looking for something joyful or uplifting, you’re knocking on the wrong door. If you want to get your adrenaline racing, you’ve come to the right place.

Baptized In Pain is Eye of the Destroyer‘s sixth release overall, and their second full-length. Since the last one, former drummer Joe Randazza made a change to vocalist, and the band has been joined by veteran drummer John Scott, rounding out a line-up that also includes Chris Halpin and Dan Kaufman. The album was recorded at Dome Studios in Jersey, and it was mixed and mastered by Toronto-based Keegan Okazaki of Nocturnal Audio.

The album, which includes 16 tracks, will be released on May 17th (the weekend of the Scorpio Full Moon) by High Potency Productions. Get it here:

EYE OF THE DESTROYER:
https://www.facebook.com/eyeofthedestroyer/