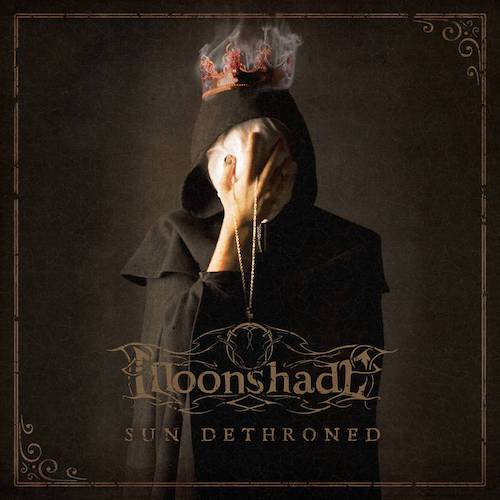 In October of last year Art Gates Records released the debut album Sun Dethroned by the melodic death metal band Moonshade from northern Portugal. As explained by the band, the album is “a conceptual work that deals with a two-sided personification of the human condition, in the form of two romantically involved main characters that symbolize the abstract concepts of ‘good’ and ‘evil’: Lenore and God of Nothingness, the latter represented in the album cover”. As Moonshade further explain:

“Throughout this piece a story is told of which the most important events are the death of Lenore (“good”), that leads God of Nothingness (“evil”) towards a spiraling descent into wrath and madness, eventually consuming all reality, including himself, finally abandoning his pitiful existence in a sea of regrets where, in essence, he mourns his lost love and mourns the innocence of his madness. In short, Sun Dethroned functions as a parabola that highlights the need for balance while firmly stating the cost of its absence.”

Today we present the premiere of a music video made by the talented Portuguese filmmaker Guilherme Enriques for the title track to Sun Dethroned. 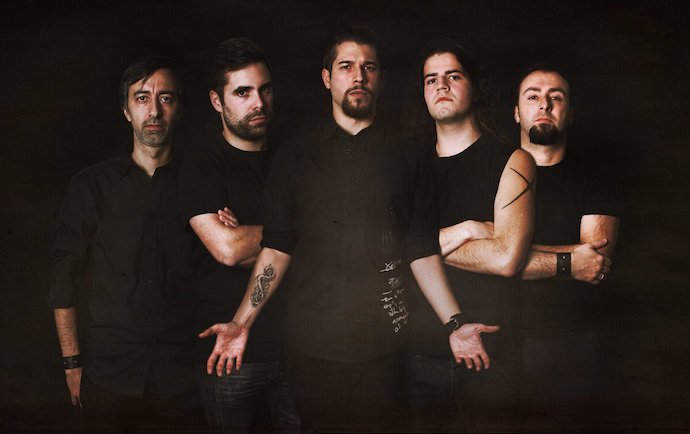 The vibrant pulse of the music in “Sun Dethroned” is a darting riff that greets the ears immediately, and the backbone is a galloping rhythm that, together with the riff, gives the song a surging energy. Keyboard notes lend a mystical sheen, while the vocalist’s skin-splitting shrieks and bestial roars create a wrenching intensity.

But in addition to the music’s contagious spirit, it also moves into a soaring, sweeping chorus with a haunting edge, as well as a folk-like interlude of acoustic guitar and a second instrument tuned to the sound of ancient pipes. As the song moves forward from there, the band beautifully integrate all of the melodic elements — which become more and more embedded like hooks in the head the more often you hear the song.

As all these invigorating sounds rush past, the video interweaves smoke-shrouded and beautifully lit scenes of the band performing with a narrative involving the album’s two protagonists, in which beauty gradually becomes disfigurement and ugliness. The video has as much flashing and beguiling energy as the song itself.

Sun Dethroned is available for purchase and streaming through the following links: