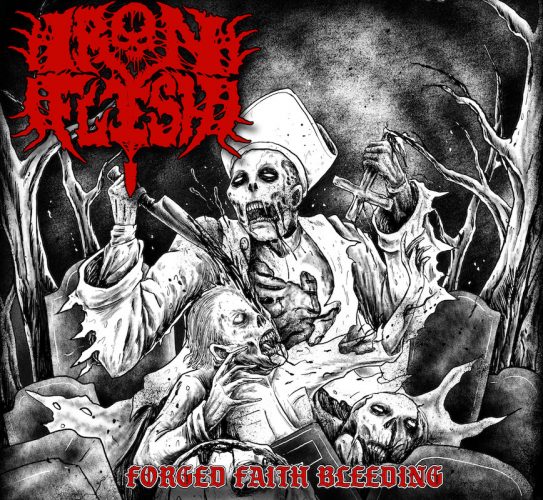 (Andy Synn introduces our premiere of a track off the forthcoming new album by the French quartet Iron Flesh.)

This site’s relationship with French Death Metal fanatics Iron Flesh – originally the solo project of Julien Helwin (ex-Otargos), but soon expanded to a full-powered four-piece – goes back a couple of years now, beginning when we stumbled across their debut EP, Worship the Necrogod, and continuing through our coverage of the band’s follow-up, Scourge of Demonic Incantations, last year.

On a more personal level my own relationship (if you want to call it that) with Julien goes back to when he was filling in on drums for Mithras in 2016, which is when I first met him (and saw how good he was behind the kit), and I’ve been eagerly following his career ever since.

As a result it fell to me to pen a few words about “Malignant Kingdom”, the first track to be released from the band’s upcoming full-length debut, Forged Faith Bleeding, which we’re delighted to be able to premiere for you all today!

At a short, sharp, three minutes and twenty seconds, “Malignant Kingdom” is almost, but not quite, the shortest song which the band have released thus far.

Despite this, however, it’s not the relentless rager which you might expect, opting instead for a much slower, much more deliberate approach that recalls the doomier-paced material of bands like Asphyx, Grave, and early Hypocrisy, while also showcasing a prominent Celtic Frost influence too.

As a result it’s an even dirtier, even darker-sounding track than anything off either of the band’s two previous EPs, focussing more on grim and grimy grooves than the wild, whiplash-inducing gallop which characterised so much of their earlier material.

That being said, the “rusted buzz-saw” guitar tone and grisly, guttural vocals haven’t changed all that much, and the final 20-30 seconds of the track get nasty and thrashy as hell, ensuring that the whole ugly affair ends with a real bang, all of which bodes extremely well for the rest of the album when it’s released! 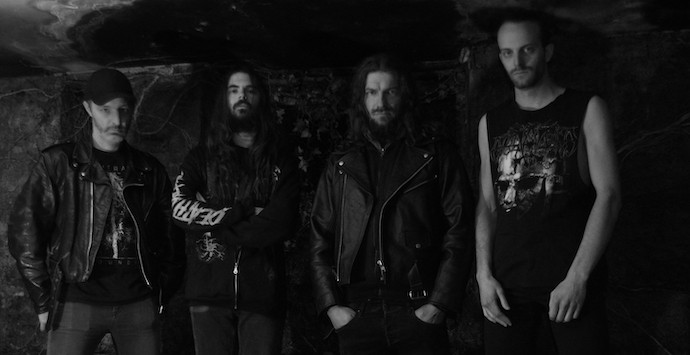 One Response to “AN NCS PREMIERE: IRON FLESH — “MALIGNANT KINGDOM””