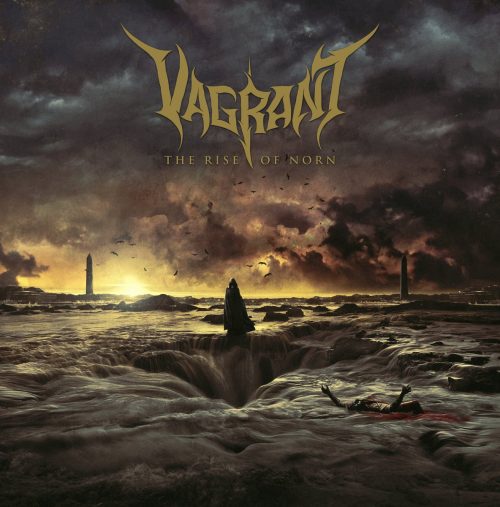 For their debut album, The Rise of Norn, the German melodic death metal band Vagrant have constructed a conceptual narrative concerning the path of an ancient warrior, a tale that in part also seems to be a metaphor for broader ruminations on the depths of human volatility and despair, and the ultimate fragility of existence.

The first single from the album, “Blood On A Crow’s Beak“, happened to be its closing track, a tragic narrative in which the dying warrior seems to share his final thoughts as his body is returned to the land of his birth. Musically, it’s an irresistible gallop of heroic riffing and glorious leads, of compulsive rhythms and scorching vocals, accented by acoustic strumming and ominous keyboard layers.

Now we have a second offering from the album, the record’s longest and most intricate song. “Darkness During The Reign Of A Black Sun” portrays a young warrior’s sinister visions and dreams, in which he foresees a big war that eventually will be his last — yet the vision leaves a question about whether the prophecy can be trusted. 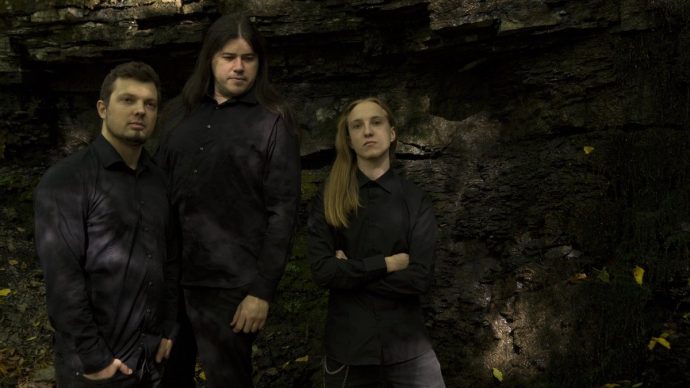 Consistent with the conception of the song, the Vagrant trio (Stanley Robertson, Dragnier, and Arnaud Morlier) mount a ferocious war charge that reaches heights of blazing grandeur, but also includes foreboding undercurrents and soft moments of introspective questioning, as well as shadows of gloom that may never go away.

The song’s intro combines a militaristic drum rhythm, the reverberant ring of mystical notes, and a mournful symphonic melody that grows increasingly menacing. After a brief pause, a scalding howl announces thunderous drumming and waves of searing riffage, and then chord blasts and a flickering, frenzied lead. The music is usually barbarously intense, but continually accented by the appearance rippling acoustic guitars. Swirling, folk-like melodies appear in the midst of hard-pulsing bass notes and jolting chords, along with a scintillating solo that’s alternately fiery and doleful, soon followed by another fleet-fingered extravagance.

The song also melds sweeping symphonic layers and darting, vibrant notes — but although the music soars, there’s an unmistakable current of calamity that tempers the zeal.

The Rise of Norn will be released by Black Lion Records on June 14th and it’s available for pre-order now.

One Response to “AN NCS PREMIERE: VAGRANT — “DARKNESS DURING THE REIGN OF A BLACK SUN””