I’m torn between the desire to back-track and continue to catch up on new advance songs that I failed to notice over the nearly three weeks when I couldn’t devote time to round-ups, and the steady impulse to focus on things “hot off the presses”. This particular collection reflects that schism: There’s a bit of both in here.

The timbre of Gaahl‘s voice dominates the opening of “Carving the Voices“, which Metal Hammer premiered a week ago. Like a prophet who might actually be clairvoyant or an ancient enchanter who has just emerged from a centuries-long imprisonment within a gnarled oak, the deep resonance of his voice conveys the possession of wisdom both profound and full of dread.

As the song slowly builds, Gaahl‘s deep gothic tones build and transform as well, revealing the extent of his impressive range and his ability to channel a range of emotions.

Meanwhile, the backing music also changes. Immediately, it creates a mood of tension, and a feeling of anguish. As time passes, two things happen — the music becomes more feverish, more distraught, more perilous, and yet more haunting; and it buries itself in the mind (in other words, it’s very memorable). The accompanying video is also beautiful, and otherworldly.

“Carving the Voices” is the third single from GastiR – Ghosts Invited, which will be released by Season of Mist on May 31st. I’ve added the other two via the Bandcamp player below. 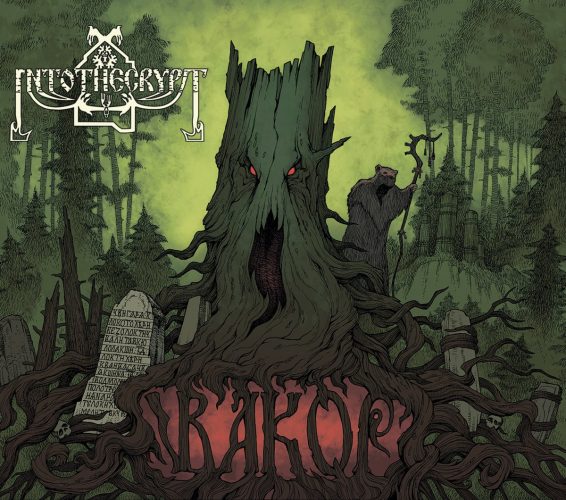 Not everything in this collection flows easily from one thing to the next, but I do think the following song by Intothecrypt makes a very good companion for that latest track by Gaahl and his compatriots.

This song, “Leti, Voy Nash!“, is a true single (i.e., you can buy it now) from a debut album by this Russian group, which includes members of the old Viking doom band Scald. It will be released on June 21st by Ordo MCM. “Pagan shaman metal” is how Intothecrypt describe their music, and if that seems a bit ambiguous it’s because the music resists easy genre classification.

There is indeed an eerie, shamanistic quality to “Leti, Voy Nash!“, which is apparent in the first seconds. On the other hand, the lead-guitar melody that comes in, which which rings with clarity, is soulful (and deeply sorrowful) — and immediately memorable. On the third hand, the serrated vocals are downright bestial (and the wild wails are almost equally intense).

The rhythm section does a fine job, giving the song considerable heaviness and a head-moving compulsiveness — but man, those doom-y guitar melodies… they’re so damned good!

Intothecrypt released another track from the album last summer, “Deko Po Markushe“, and I’ve included a stream of that one, too (it’s also really good). I haven’t seen reports about the name of the album, but to the extent I can decipher it from the cover art, it might be Irakop or Irakor (actually, the correct name is Vakor). It will be released in a digipack CD edition with 32-page (!) booklet. 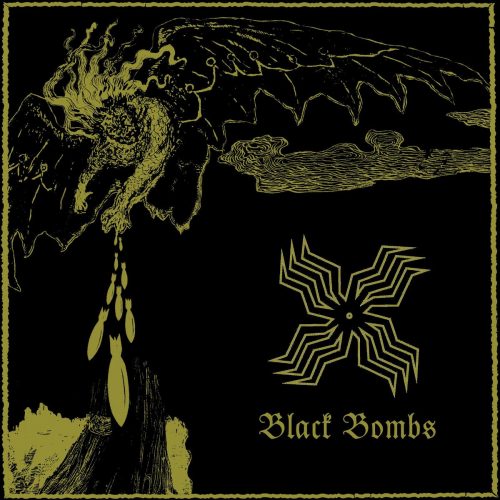 Now I’m reverting again to something that’s not “hot off the presses”, because this two-track EP was released by Ván Records on April 7th. Entitled Black Bombs, it includes the title track and an instrumental piece named “Wake Dirge“, which is actually the first of the two songs I heard, thanks to a video link from my friend Miloš.

The instrumental clearly reveals the classic heavy metal influence that’s been at the core of this Danish band’s music, at least since their 2015 EP Beautiful and Damned (reviewed here), which is what hooked me to Slaegt. They describe it as “a sombre, instrumental meditation on the impermanence of matter and the memories of lost ones”. It is indeed sombre, but also scintillating; the grief in the song, which crosses a range of intensity, becomes gloriously expressive as the music evolves into a soaring anthem of pain.

The band describe the title track as “a fiery ode to the art of placing small mines of influence under the skin of others”. I’m not sure what that means, but the song is definitely fiery, with a wild, diabolical energy that’s highly communicable. And the song also reveals the basis for describing Slaegt‘s music as “blackened heavy metal”, not merely in the music’s sinister, bacchanalian atmosphere but also through the cruel hostility of the harsh vocals. (There’s a somber quality to this song as well, when the energy abates to make room for a solo). 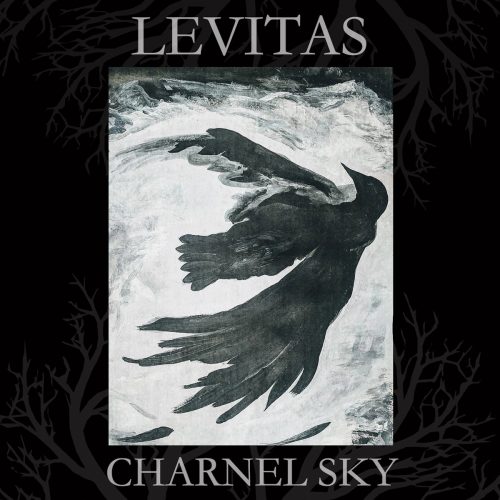 Now we go back to something more “hot off the presses”.

Levitas are a UK quartet — guitarists Rhys Williams and Helen Kinsella, bassist Liam Wolf, and drummer Ankou, all of whom except Ankou also perform vocals — and their latest release is a three-track EP named Charnel Sky. It surfaced on April 22nd.

As displayed here, Levitas‘ brand of atmospheric black metal is multifaceted. “Taman Shud” is wild and chaotic, and veined with pain, yet also becomes gloomily beautiful and spellbinding in its mystical, panoramic sweep. The mix of harsh and clean vocals is an important component of the song’s changing moods, along with the blend of oppressive heaviness, flying ferocity, and rippling, reveberant ethereality.

The vocal mix proves important in the other two songs as well. Helen Kinsella‘s spectral voice adds a haunting dimension to the moody but thoroughly beguiling “Cycle”, whose ringing chords and head-nodding rhythms create a dreamlike spell. The song makes clear that black metal is only one of Levitas‘ musical influences, and that much is also evident in the closer, “Life Ache”.

There’s an aspect of DSBM in that final song, which again includes ethereal clean vocals (along with a spoken-word sample), but it’s also beautiful, with a kind of mystic wonder that comes through in the shimmering guitars, mixed with the harsh vocalist’s expressions of terrible torment and the vibrancy of the drumwork.

This is a very engrossing EP, which seems to achieve a great deal more in its emotional impact than one might expect from a three-track release. A tough one to leave behind, and an easy one to return to. 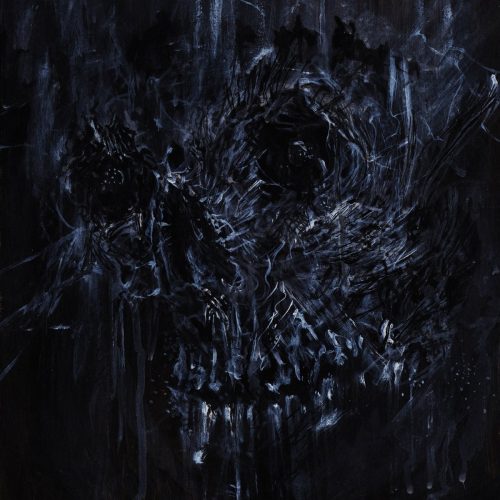 The final song I’ve included in this collection is the most extreme (i.e., abrasive) of what I chose today, and also the most “progressive” in its inclinations. I was first drawn to it by Nox Fragor‘s cover art, and then became further transfixed by the music.

The song, “Kai Klóketen“, is the opening track on an album named Xo’on Hauk Sho’on, which is the third full-length by the Chilean black metal band Siaskel. The song was released as a single by Throats Production on April 20, and the album will become available for digital download at some point in May, with a vinyl edition in the works as well. The German label Schattenkult Produktionen will release it on CD.

“Kai Klóketen” isn’t abrasive at first — instead, it’s spooky and dolorous. But piercing, ringing notes and long, heavy bass reverberations presage a change — which arrives in an eruption of extravagant drum-and-bass tumult, writhing, dissonant fretwork, and vicious growls. The eerie dissonance of the melodies persist, even as the drumming becomes less frantic, the disorienting note progressions morph, and the vocals become monstrous echoing roars.

Continuous ebb and flow mark the evolution of the song, along with intricacy in the instrumental performances. And while a frenzied dissonance marks much of the music, the intense, flickering solo soars in grandeur. The entire experience proves to be physically arresting, head-spinning in its dynamism, and as mentally engrossing as it is emotionally explosive, all the way up through the weird outro — which seems as if it might segue right into the next track. I’m very, very interested to hear what that next one might be, as well as all the rest of this album.