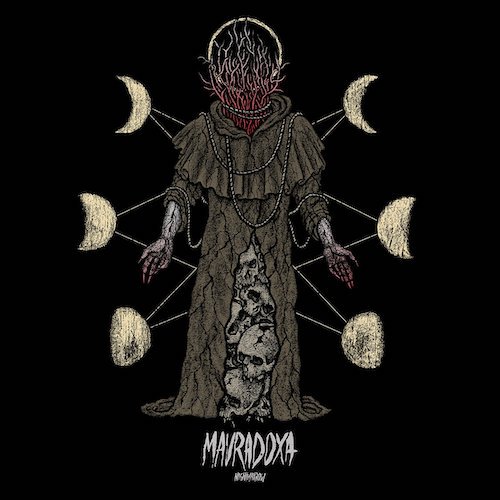 Thematically, the new album is described as “a meditation on the isolation and hopelessness of our age (particularly in the realm of the urban), and the consequences of technology and voracious consumption of resources”. Those themes are evident in the lyrics of the title song, which portray specters (the “nightmarrow”) that “lurk beneath the glow” of labyrinthine corridors of neon and steel. “They kiss our pale blue lips / They bloom in pestilence”, and they are the distillation of humankind’s malevolent qualities — in the band’s description, “the interminable urge to consume, to control, and the chaos that results….” 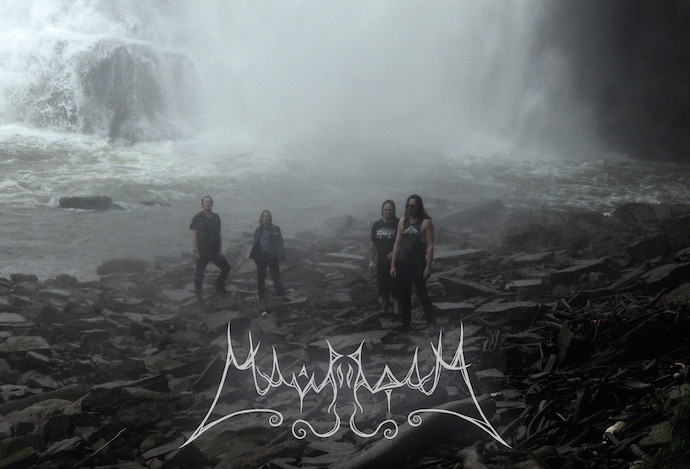 The song’s lyrics also portray what will happen to our world if we don’t turn from our current course, if we continue to foul nature, and our own spirits. Yet, phrased in questions, the words seem to leave open the possibility of a different outcome than self-annihilation.

Musically, these dire musings and dreadful warnings are voiced in emotionally powerful music, through gloomy yet gleaming riffs accented by fretless bass, by the crack and clatter of vibrant drumming, and by scorching vocal fury. The music is atmospheric, in the sense that it generates pervasive moods of beleaguered futility as well as glimpses of the wonder that is relentlessly being shredded. But the music is also progressive-minded in its instrumental permutations, and dynamic in its changes as it captures these shifting visions, and so it proves to be mentally engrossing as well as deeply mood-altering.

The song includes a soft, beautiful, introspective interlude (as if a cautious reflection on what might be if we wise up), in addition to brazen, blood-rushing surges of intensity (as if warning sirens of devastation ahead), and somber clean vocals (by guest singer Matt Greenwood) as well as those ravaging harsh ones. The band make full use of the 9 1/2 minutes they’ve set aside for this track, creating a rich tapestry of sound that is as much about bloom as decay, and seems to leave all its questions hanging, unresolved, waiting to see if we learn in time. 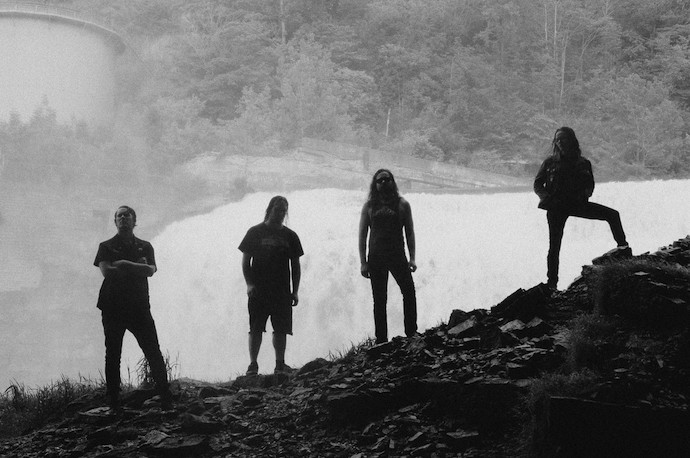 Nightmarrow features cover artwork by Dylan Garrett Smith. Hypnotic Dirge will be releasing it digitally and on CD, and it’s available for pre-order now. Along with our premiere of the title track, we’re also sharing a stream of the album’s previously released opening track, “Maple“, which is also well worth your time.