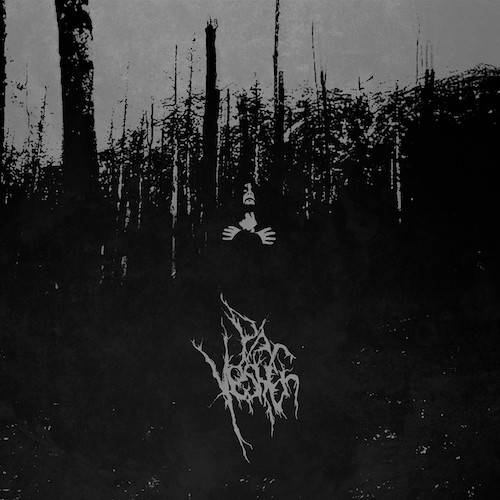 In the fall of last year we premiered the unnerving debut album, Church of Bones, by the Belarusian black metal entity Pa Vesh En. To borrow from the review that accompanied it:

“As the album’s title might suggest, these seven tracks sound as if they were recorded in a vast sepulcher far beneath the surface of the earth, all the shuddering and shattering tonalities drenched in reverb, the music profoundly haunting and deeply oppressive in the weight of the desolation it conveys. The album is sweeping in the scale of its apocalyptic grief and shattering in the intensity of the pain it channels into sound — an expression of emotional collapse so profound that it begins to seem majestic, an intense and immersive experience so all-consuming that it swallows up the listener, as if engulfed by the maw of a leviathan.” 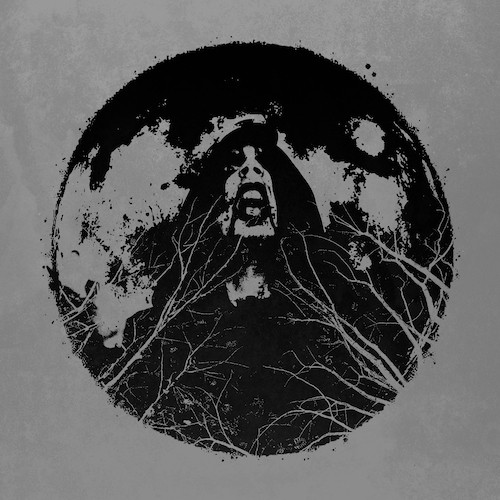 The experience was so overwhelming, and so shattering, that for this writer it proved impossible to forget, and so we leaped at the chance to present Pa Vesh En‘s follow-on to Church of Bones, a brand new EP that Iron Bonehead Productions will release on 7″ vinyl tomorrow — May 3rd. Its name is Cryptic Rites of Necromancy.

Following a symphonic introduction (“Chants for the Deceased”) that’s both gloomy and spectral, Pa Vesh En launches into three tracks that seem designed to overpower the senses, and can certainly claim success in doing so. It is an ice-cold and brutalizing journey into a pitch-black netherworld of endless death and excruciating pain, yet paradoxically becomes spellbinding.

Those three songs — “The Witness of Ceremonial Witchery”, “Raised From the Grave”, and “Entwined With Snakes” — have much in common, but also reveal differences that create changes of mood and perspective. The first of these is a titanic raging storm of sound that heaves and roars, through which can be heard the battering drive of a snare and the scalding sound of tortured shrieks. The tremendous low-frequency miasma periodically erupts in mountainous upheavals and groans like a giant stricken bell, while eerie shining tones flicker like preternatural lightning.

“Raised From the Grave” is an equally overwhelming but more maniacal onslaught. That giant low-end storm persists, but the track includes the lunacy of persistent shrieking guitar strings, matched with equally lunatic screaming from an inhuman throat, with the snare surging in delirious exultation.

The EP concludes with the longest of the tracks, “Entwined with Snakes”, and it’s here that the music most fully practices a kind of twisted hypnosis. The caustic reverberation of a lead guitar begins the track, soon joined by the slow dismal pulse of the gargantuan low end and the contrasting furious clatter of the drums and those jugular-lacerating screams. The glacial pulse of the low-end titanism becomes mesmerizing as it repeats, creating a massive dirge, laced with the intense wailing of the lead guitar, which becomes a manifestation of terrible misery, reaching a zenith of pain at the end.

Like everything Pa Vesh En has done so far, the EP is deeply unsettling, but for the right kind of listeners, it has the power to become intoxicating. To find out whether you’re one of those, press play below. The EP will become available for purchase tomorrow.