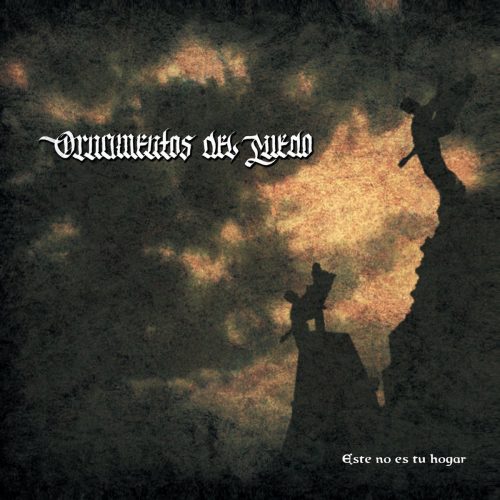 On May 10th the debut album of the Spanish atmospheric funeral doom project Ornamentos del Miedo will be co-released by Funere (Armenia) and Solitude Productions (Russia). Its name is Este no es tu hogar, and today we present a premiere stream of the album’s title track.

Ornamentos del Miedo is the solo project of Angel Chicote, who is a current or former member of such other groups as Graveyard Of Souls, Mass Burial, Ad Nebula Nigra, Ultimo Gobierno, and Sinergia. He created Ornamentos del Miedo as a vehicle for stripping away “all ornaments and mirages that we have built to adapt us to a miserable existence,” and journeying deep into the subconscious “where truth exists naked and unpolluted by the ego and survival instinct”. 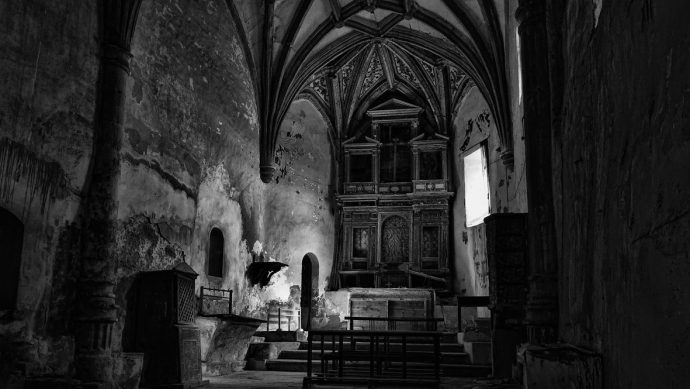 How does Ornamentos del Miedo translate this experience into sound? As revealed by the nearly 11-minute title track, the journey begins with mystical melody, slow and dreamlike in its shimmering ambience. The ethereal gleam of that melody persists, but the song soon becomes massively heavier.

The methodical crack and boom of the drums provides the measured rhythm of a stately procession, and the earthquaking chords make clear that it is a procession into freezing depths. The melody which shines above becomes even more beautiful, though the vocals and the flickering lead guitar become a manifestation of terrible anguish.

There is grandeur to be found in this descent. At times nearer the end, the musical experience is one of discovery, and wonder — yet oppressiveness and pain are companions that won’t leave, and the union of these sounds creates a finale that’s both stunning and spellbinding.

Funere and Solitude Productions will release the album on CD, with an 8-page booklet included. The cover art was created by Angel Chicote, and the logo was crafted by Paint-It-Black Design. Below you’ll find links for pre-orders, plus the previously released song “Carne” and of course today’s premiere of the title track.