The third (and final) of this week’s series of “Best of British” posts deals with three bands who are collectively becoming (or have already become) a fair bit more well-known and more famous (or infamous) than those artists from the previous two editions. 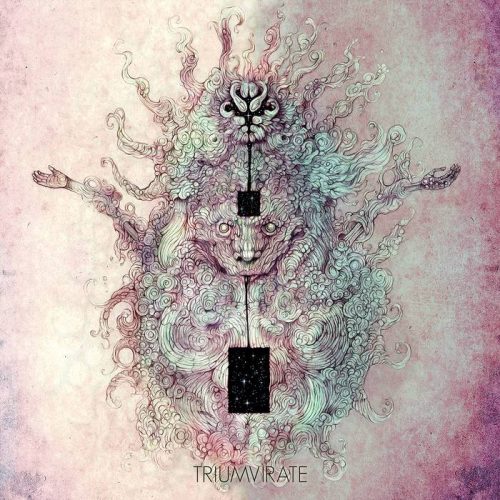 I’ll admit that I’m fudging things a little with Archivist, not all of whose members are from or based in Britain, but I’ve wanted to write about Triumvirate – the third part of their conceptual trilogy and easily their best album yet – for a while now, and this seemed like the perfect opportunity to do so.

At just under fifty-one minutes in length this is the band’s shortest record by a good fifteen minutes, yet this doesn’t mean it’s in any way lacking in depth or content compared to its predecessors.

Instead you’ll find that the eight tracks which make up this album are simultaneously the most intricately arranged and well-integrated songs which the band have ever put together, taking their signature Post-Rock/Post-Metal/Post-Black sound and subtly reshuffling all the pieces so that every part is repositioned to better serve the overall pattern.

Opener “Deus Ex Machina” is all outsized energy, gleaming melody, and heartfelt, Hardcore-esque screams, and uses these elements (along with a splash of clean vocals and some climactic, propulsive percussion) to weave an incredibly dense and detailed musical picture over the course of just under four-and-a-half minutes, while the moodier strains of “The Endurance” take things in a darker, more atmospherically-intense direction which, nonetheless, still feels like a natural continuation of the previous track.

This sense of a continuous, cohesive story being told carries across through the mesmerising atmospherics and fearlessly emotive vocals of “The Proposition”, and finds its finest, and fullest, expression during the mid-album triptych of “Iteration One: Messianic Synthetic”, “Iteration Two: Infernal Automaton”, and “Iteration Three: Anopheli”, which serves as the lynchpin of the entire record.

“Messianic Synthetic” is five minutes of captivating Post-Rock majesty, all topped off with a truly raw and unforgettably real vocal performance, that builds towards an unexpectedly minimalist and meditative anti-denouement, after which the pulse-racing, Alcest-ian energy of “Infernal Automaton” picks up the pace even as the song’s structure grows increasingly progressive , all leading up to the utterly brilliant “Anopheli”, which is easily the album’s finest moment, rich in both powerful Post-Metal dynamics and a scintillating blend of engrossingly proggy instrumentation and fearless emotion.

It was, perhaps, almost inevitable that, after reaching such a pinnacle, the subsequent strains of “Ancestor Descendent” would feel a little dull by comparison, but even this song has its role to play, serving as a necessary breather before the album’s stunning final track, “Ouroboros” brings things to a close in a breathtaking display of light and shade, sound and fury, soaring highs, and sombre lows, that practically runs the gamut of human emotions over the course of its nearly ten-minute run time.

As frustrating as their previous albums could be at times, it’s always felt like Archivist have been hovering just on the cusp of greatness, which is what makes it so rewarding (and relieving) to see/hear them finally achieve something truly great with Triumvirate. 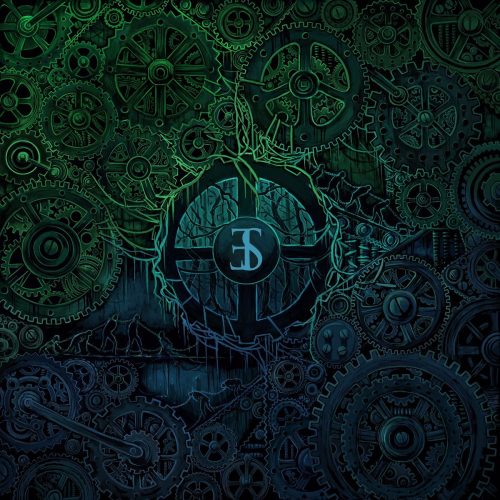 The big question surrounding the new album from post-genre hybrid heavyweights Employed to Serve (who’ve become what Ron Burgundy would call “kind of a big deal” over the last few years) is whether it can possibly live up to the extraordinarily high bar set by its predecessor (which, if you’ll recall, I selected as one of THE best albums of 2017).

The early signs are very good indeed, as songs like explosive opener “Eternal Moving Forward” and its equally (if not even more) frenzied companion “Beneath It All” are just as chaotic, cathartic and, when they need to be, crushingly heavy as anything the band have done before and find the group blending their signature splice of ‘core DNA – part Hardcore, part Mathcore, part Grindcore – with an even bigger dose of genetic material drawn from multiple other styles and sub-genres.

As a matter of fact, on a purely individual basis these songs are, arguably, even better than those which made up The Warmth of a Dying Sun, and the only thing preventing me from declaring …Forward Motion the superior record is the nagging feeling that, for the first half at least, it’s more of just a collection of songs, rather than a single cohesive entity like its predecessor.

But while these early tracks feel slightly separated from one another, each one leaning more towards one or two specific aspects of the band’s sound – be it twitchy, technical Math Metal, dissonance-heavy Deathcore (“Dull Ache Behind My Eyes” is an absolute monster), or even straight-up, Slipknot-style Nu-Metal (“Harsh Truth”) – the second half of the album sees the band not only finding a brand new groove but, arguably, raises the bar even further.

Whether it’s the churning riffs and hot-tempered hooks of “Force Fed”, the surprisingly atmospheric (but still viscerally aggressive) “We Forgot You”, or the unrelentingly punishing “Suspended in Emptiness”, the second half of Eternal… floats like a butterfly and stings like a bee, pummelling your ear drums with fluid combo after fluid combo in a way that just flows more naturally and more organically than the opening clutch of (mostly fantastic) tracks did.

And by the time that the band close in to finish you off with the penultimate double-whammy of “Reality Filter” and “Owed Zero” (two of the best, not to mention heaviest, tracks in their repertoire) and the surprisingly melodic, yet undeniably powerful, closing strains of “Bare Bones on a Blue Sky” there’s every likelihood that a lot of listeners will want to declare this their album of the year.

For myself, however, there remains a nagging sense that …Forward Motion just isn’t quite as cohesive and coherent, as an album, as …Dying Sun, which is what’s stopping me from declaring it the superior record overall, even if many of the individual tracks are of a superior quality.

Still, there’s no denying that Employed to Serve are one of the very best bands currently flying the flag for the UK, and this album really does prove they fully deserve all the praise and success coming their way. 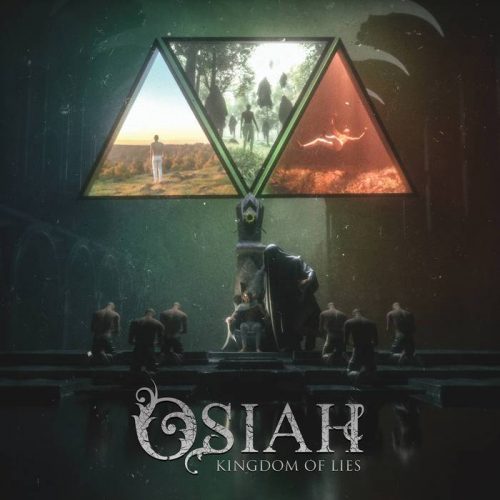 It’s no exaggeration to say that there’s a lot riding on the new record from budding Deathcore titans Osiah, as Kingdom of Lies is their first album (their second overall) to be released via their new label, Unique Leader, and, as such, will likely be the first time that a lot of the wider world get to encounter their particularly brutal, breakdown-heavy (and I do mean heavy) brand of metallic menace.

And, you know what they say… you only get one chance to make a first impression, so you’d better make it a good one.

Thankfully Osiah seem more than capable of stepping up to the task at hand, and if they’re intimidated by the prospect of making their big-label debut they don’t show it, as the opening onslaught of “Return to the Old World” represents one of the most eye-poppingly aggressive, neck-wreckingly intense introductions that you’re likely to hear all year.

Very much more on the “Death Metal” end of the Deathcore spectrum, the band are careful to avoid being infected by the bouncy djent-isms that have taken over a number of their peers and instead stick to a relentlessly furious formula of gnarly, low-tuned riffs, abrasively apoplectic vocals, and some truly frantic, pulse-pounding drums which only really ease off the pace on those (not infrequent) occasions where they decide to drop a truly humongous, gravity-well-inducing breakdown into the mix.

And while that doesn’t mean you get too much in the way of nuance, there is some to be found if you keep your eyes and ears open, from the unexpected injections of brooding ambience into “The Western Star”, or the subtle, Behemoth-style melodic touches in “Ascension”, to the atmospheric embellishments which make “The Eastern Star (Convolvulus)” such a brilliant closer.

Of course not every track is quite as effective as the rest (there’s not much that makes “Abattoir” stand out from the various Carnifexes and Whitechapels of the world), and the band’s songwriting doesn’t always hit the high notes they’re clearly capable of (“Telluric Necromancy” being a prime example), but when all the stars are properly aligned (such as on the suitably monstrous “Reflections of a Monster” and the face-melting “Hellborn”) you can really see exactly why Unique Leader snapped the band up for their ever-expanding roster, as Osiah’s propensity for pure heaviness and searing aggression is absolutely second to none.

One Response to “BEST OF BRITISH 2019: ARCHIVIST / EMPLOYED TO SERVE / OSIAH”