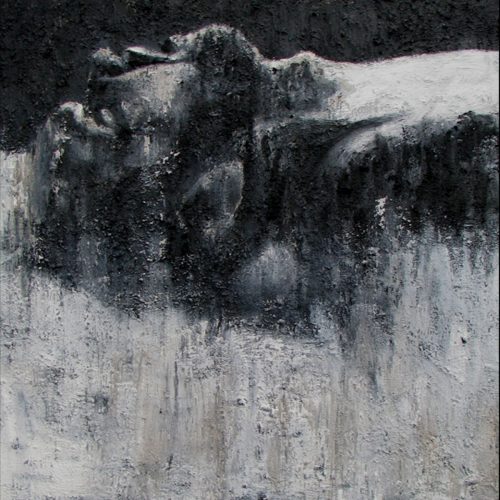 With this review I’m making amends as well as a recommendation. Every year I encounter dozens of new records I wish I had time to write about, and often even intend to write about, but nevertheless fail to mention. In 2016 one of those was a self-titled EP by the Irish duo Gourd, a mountainously heavy and monumentally disturbing creation whose substantial run-time not only called into question Gourd’s classification of the release as an EP but also threatened the long-term well-being of anyone who listened to it.

I intended to write about Gourd, and should have, but Cursed Monk Records‘ impending release of a new Gourd EP, Moldering Aberrations, affords a chance for personal redemption. In one fell swoop I get to insist that you listen to that 2016 record AND that you check out this new one at the earliest opportunity, especially if there’s just too damned much happiness in your life. 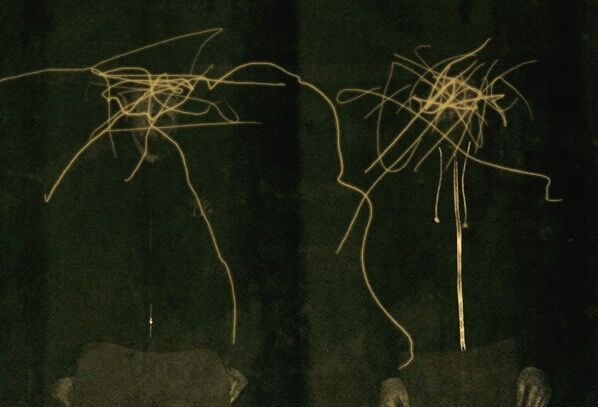 Moldering Aberrations isn’t as daunting an undertaking as the earlier release, clocking in at about 24 minutes rather than the nearly 40 minutes of that 2016 monster, but it’s still long enough to leave the minds of most people in a state of traumatizing disarray, unless they’re already institutionalized.

The music, if you can call it that, is a peculiar and perverse amalgam of sounds, which one might be tempted to compare to a ruinous yet mystifying hybrid of doom, sludge, and noise, but those labels are more suggestive than precise.

There are plenty of potent drum rhythms in these three songs, with the kind of primitive, primeval appeal that can get heads moving unconsciously. The first taste of that comes in the reverberating pounding and cymbal-crashing that opens “Befoulment” — but those percussive components are joined by a building wash of skin-shivering electronic sound, skin-melting shrieks, wretched howls, and demented proclamations. It’s like being dropped into a whirlpool of acid while being punched repeatedly in the gut with a battering ram. Oh sure, those rhythms might get your head moving, but the squall of shimmering and squealing noise is like sandpaper to the brain.

The menagerie of disturbing vocals persists throughout the EP, and includes the gloomy, distorted muttering that introduces “Mycelium“, along with doppler-like tones and cricket-like pulses. Dismal, distorted chords and the methodical crack and rumble of drums provide an unstable pulse, and crazed roars, yells, and strangled growls provide the lunacy. Eerie, shimmering, organ-like tones add a sheen of solemn witchery to the experience, creating a hybrid of funereal stateliness and paralyzing psychosis. Even the deep, abrading chords eventually find a rhythm, while simultaneously dousing the music in disease.

This disturbing three-track foray into someone else’s drug-induced nightmare concludes with the title track, where a gigantic ritual drum-beat and periodic jangling tones start — and then stop — clearing the way for a sequence of grotesque utterances and slithering ambience. Slow, craggy chord reverberations foul the senses, but in combination with the drum beats they also induce a kind of narcotic reverie. That ritual beat returns, along with a cacophony of horrid bellows and a backing shroud of radioactive electronic abrasion. There’s another moment of silence to signal a change — a vaporous melodic sequence which ends the song in a way that’s hallucinatory, and profoundly creepy. 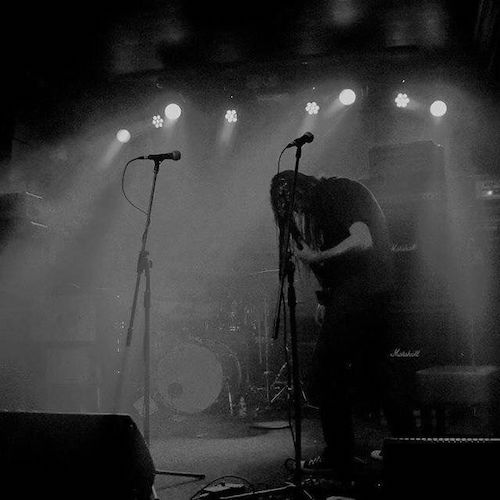 Of course, this EP isn’t for everyone. It’s not “entertainment” in any commonly understood meaning of the term. But not all forms of art are “entertaining”, and instead draw their power from the channeling of primeval human experience, even if dreadfully unpleasant — among them, pain, fear, delusion, the unmooring of sanity. Gauged in that way, Moldering Aberrations is pretty damned strong.

The members of Gourd are Ray (Wreck of the Hesperus, Beneath the Sod) and Hick (On Pain of Death, Coscradh). Ray plays drums and creates noise as well as visuals and videos. Hick does vocals, plays guitar, and builds extra walls of gritty, cacophonous noise.

Moldering Aberrations will be released by Cursed Monk on CD and digitally on May 30th.