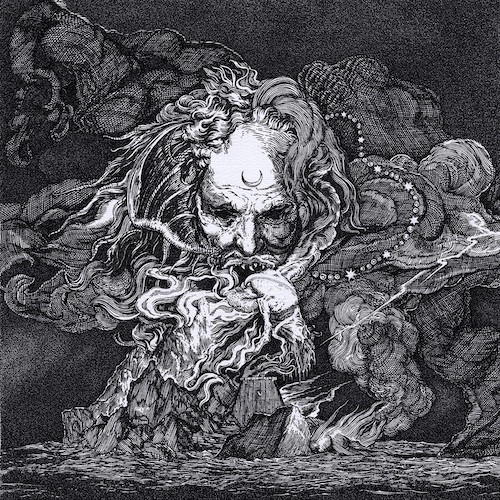 Krucyator Productions and Atavism Records are presiding over a marriage made in hell. On July 11th they are joining forces to release Encomium of Depraved Instincts, which is the appropriately-worded title of a violent new split by the Swiss nihilists Eggs of Gomorrh and the Turkish blasphemers Sarinvomit. The album-length split includes four tracks by each band, with each group contributing a pair of new songs as well as live performances of two tracks from previous releases.

What we have for you today is one of the new songs by Eggs of Gomorrh, “Shrine of Disgust“, which only further cements this band’s reputation for delivering astonishingly savage forms of sonic mutilation with impressive technical skill — and slipping in some grooves and eerie melody in the midst of their foul, slaughtering tirades. 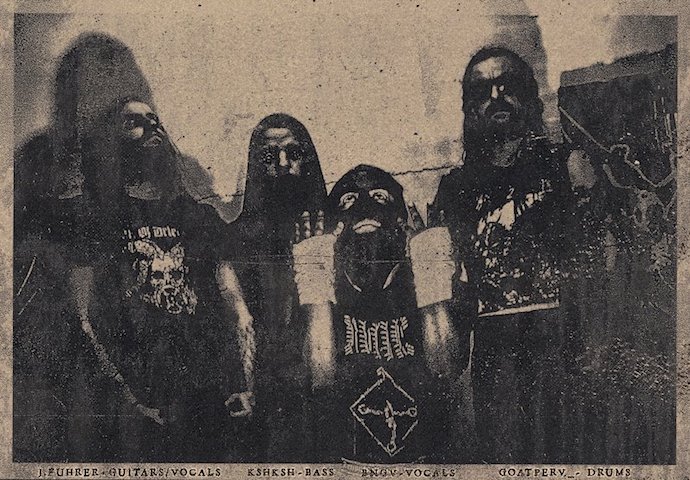 When last we encountered Eggs of Gomorrh (earlier this year) they were ramping up to the release of a new EP named Outpregnate, which in turn followed their 2016 debut album, Rot Prophet. The EP was an exercise in rampant audio terrorism, which was to be expected, but revealed a few shifts in compositional approach, without in any way restraining the band’s superheated expressions of carnage, apocalyptic hate, eternal sodomy, and murder.

As suggested by the title of the song we’re presenting today, a palpable sense of furious disgust floods the music, channeled in part by the squall of distorted guitar and the call-and-response between noxious howls and gruesome roars, and in part by the savagery of battering and rumbling drums and the thunder of merciless bass lines. 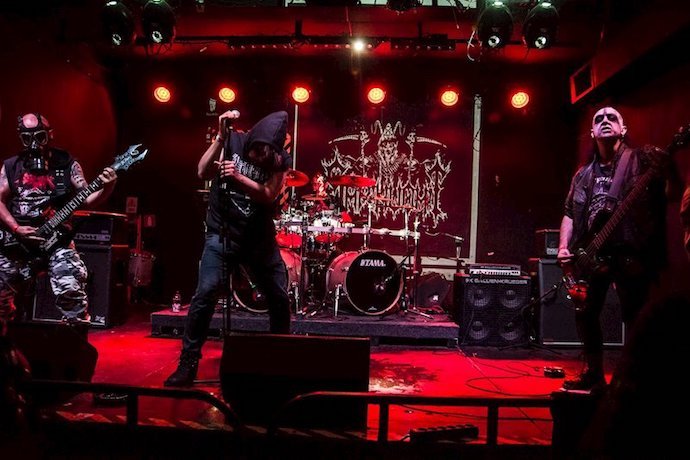 Of course, Sarinvomit are themselves adept at delivering nuclear-strength incineration (coupled with the generation of dynamic atmospherics). Putting them together with Eggs of Gomorrh in a single album is some sort of war crime. For many of us, it’s also a cathartic gift, for which thanks are due Krucyator (who will provide the CD release) and Atavism (who will provide the cassette tape edition). You’ll find pre-order links below.

Credit for the artwork goes to Artem Grigoryev. The mastering worked was done by Phil “VK” Kusabs.

4 Responses to “AN NCS PREMIERE: EGGS OF GOMORRH — “SHRINE OF DISGUST””