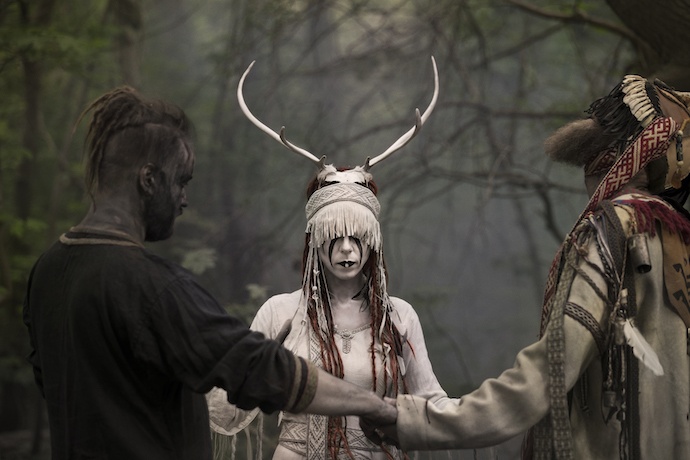 I thought for sure I had written about Heilung before today, but can find no evidence of it. I know that I meant to, because I have been fascinated by their past music. But if this is the first occasion, it’s a worthy one, because their new song “Traust” is simply fantastic. 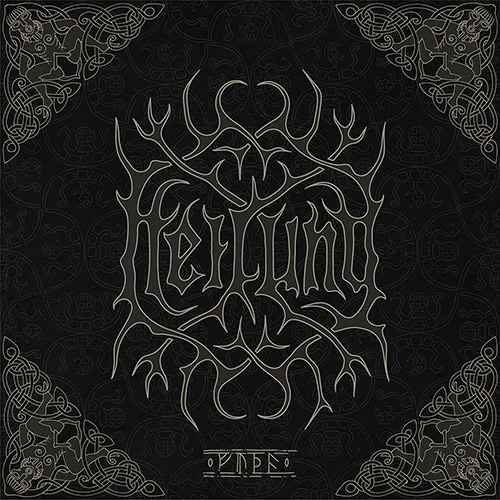 This is the third single that has debuted so far from their new album Futha, which will be released by Season of Mist on June 28. If you’re unfamiliar with Heilung’s experimental brand of folk music, which includes ancient instruments and lyrically draws upon Iron-Age Nordic texts, runes, and traditions, it’s a collaboration among tattoo artist Kai Uwe Faust (whose deep, almost throat-singing, vocals you’ll hear on “Traust”), Christopher Juul (of the progressive rock/pop-rock band Euzen), and vocalist Maria Franz (also a member of Euzen).

Heilung’s name means “healing”, and there is indeed a healing quality in “Traust“, as well as a time-traveling quality. It carries the listener back to more primitive times, when all peoples around the world seemed to share more in their grappling with life than they do today, even though they were much more disconnected by geography. Heilung do this on “Traust” by casting s sonic spell that employs both old and new ingredients.

Indeed, I have no better word for the music than “spellbinding”. The combination of the hide-drum and electronic rhythms, the contrasting vocals of Faust and Franz, the mystical keyboard layers, and the dark and ethereal melodies is wonderful. 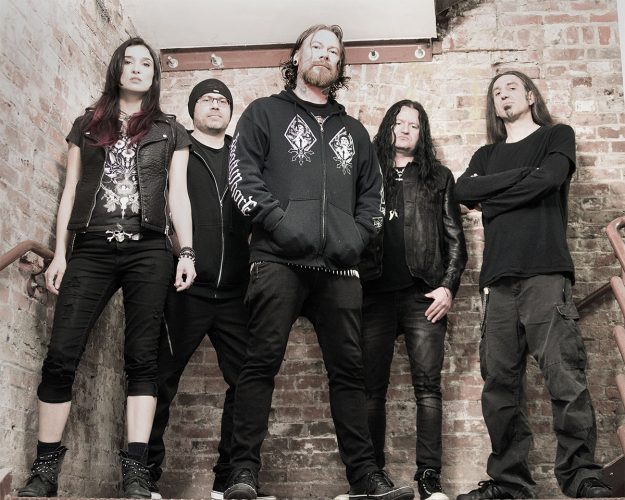 I had the pleasure of talking a bit at last weekend’s Northwest Terror Fest with this band’s vocalist Lance Neatherlin, without then realizing that Locistellar existed. A mutual friend later told me about the band, whose debut EP Leading Era was recently released for streaming. The group’s Facebook page explains that the band was founded in London by drummer Didier Almouzni (Razor of Occam, Dragonforce) and guitarist Alexandre Lenormand (Loudblast), who then relocated to Seattle where they brought Lance Neatherlin, guitarists Eric Snyder (Second Coming, The Crying Spell) and Paul Thuriot (Jungle Rot), and bassist Dagna Silesia (Nevermore, Warrel Dane, The People Now) into the fold — though it seems that only Almouzni, Lenormand, Neatherlin, and Snyder performed on Leading Era.

The entire EP is available for listening on Locistellar’s web page, but what you’ll find below is the title track from the EP, which I’m able to embed because it’s on YouTube. There’s a lot of previously proven talent in this band, and it shows in this song, which combines an array of ingredients from metal and rock to deliver a powerhouse dose of punchy rhythms, catchy riffing,  scintillating guitar leads, and spectacular soloing. This compulsively head-moving song has a grand, anthemic quality but is also dark and heavy, and the variety in Neatherlin‘s riveting vocals (both clean and harsh) is very impressive.

Leading Era was co-produced and mixed by Gwen Kerjan at SlabSound Studio and mastered at Audio Siege by Brad Boatright. As mentioned above, you can stream the rest of Leading Era at the Locistellar web site linked below. I’m not aware of what plans the band might have to release it for acquisition. 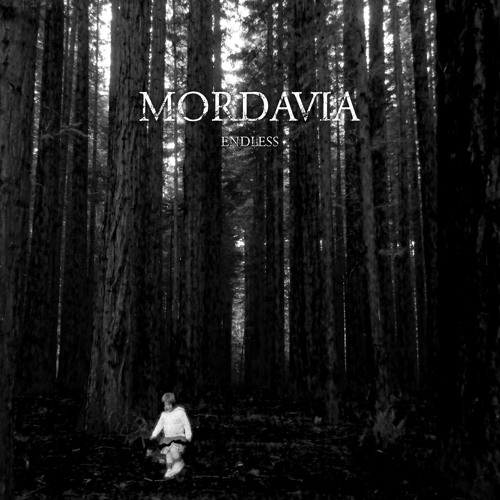 As I mentioned in Part 1 of today’s collection, I left most of the new black metal I discovered in last night’s listening session for further consideration in choosing what I’ll write about for tomorrow’s SHADES OF BLACK column. But I didn’t want to leave it all for another day. And so, I included a song by Numen in Part 1, and here I wanted to recommend a stunning new track by Mordavia named “Endless“.

Mordavia is the solo project of Morgue (Brock George), who lives in Melbourne, Australia. Metal-Archives lists a debut album (Mortal) released in 2013. “Endless” is the title track from a new album that includes three other long tracks. The album is pegged for release by Impure Sounds on June 28th.

“Endless” is many things — bright and ethereally beautiful; somber and haunting; savage and searing. In its passages of greatest intensity, it’s shattering in its expression of anguish and pain. In its softest moments, it’s mesmerizing. Brock George also proves to have a remarkably versatile voice, which he seems capable of converting in an instant from one thing to another. A tremendous experience on a grand scale that justifies all of its significant length. 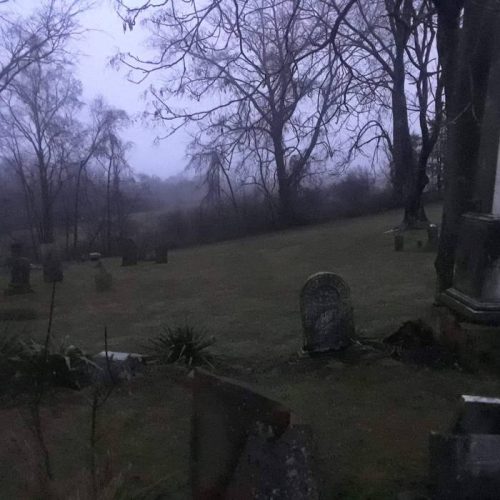 To close out this eclectic second part of this Saturday’s round-up I chose a new song by Plaguewielder, a black metal trio from the economic wasteland of southeastern Ohio that I’ve written about more than once in the past. This particular track is a cover of a song by the great blues legend Leadbelly named “Where Did You Sleep Last Night“. It’s one of five tracks that Plaguewielder have recorded for a new EP entitled Suffering From Self-Inflicted Wounds, which also includes a cover of a G.G. Allen anthem as well as three new original tracks.

Except in spirit, this cover isn’t the same as the other music on the EP. It consists mainly of Bryce Seditz‘s acoustic guitar and voice, both twisted into gnarly shapes, but it’s still brutal. Part of its heaviness comes from the distortion in the sound, part of it from the grittiness, the ugliness, and the pain in Seditz‘s vocals. It hits hard, even without the usual instrumentation of metal.

Plaguewielder haven’t yet set a release date for the new EP. We’ll have more to say about it later on. This Leadbelly cover is a name-your-own-price download at Bandcamp.