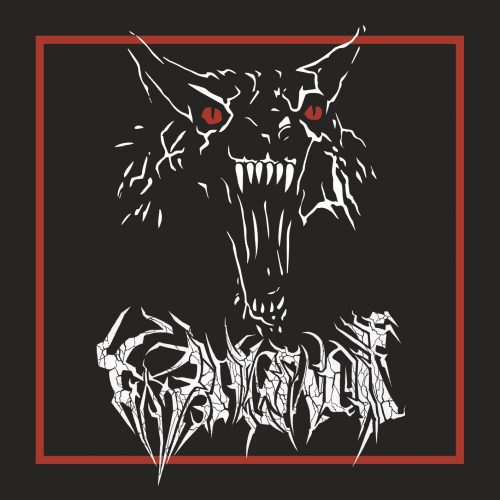 Bear with me, please. I need to indulge in a personal back-story, which is a partial explanation for why I’m so excited to present the premiere of Winterwolf’s new album, oh-so-fittingly entitled Lycanthropic Metal of Death. Or don’t bear with me, and just skip to the bottom and hit the play button (as long as you eventually do that, sooner or later, I’ll be a happy camper).

In December 2010, a month lost in the mists of time when this site was barely one year old, I impulsively embarked on a project impulsively named Finland Tribute Week. At that time, having become fascinated with (and eventually addicted to) extreme metal late in life, I was still trying to become educated about what I’d missed (a process that continues to this day).

I chose Finnish metal for a deep dive in part because I was so dumbfounded that a nation of such small population (relatively speaking) had succeeded in spawning sooooo many metal bands of soooo many different styles. 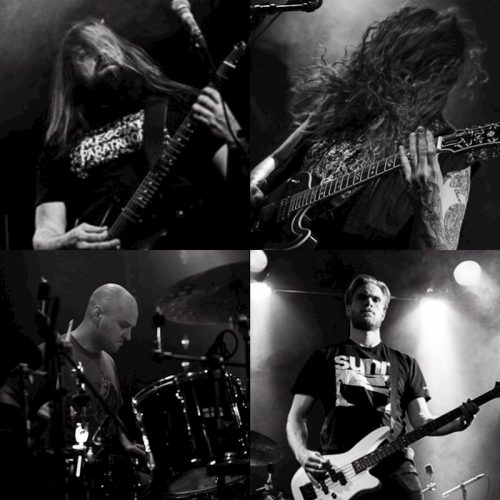 Among the bands I discovered in that exploration (which ultimately extended far longer than a single week, and included 17 posts on this site) was Demilich, a band whose sole album, 1993’s Nespithe, still fascinates me (and many others) to this day — and a band whom I unexpectedly got to see perform in the flesh, at the 2015 edition of Maryland Death Fest.

In my Finland Tribute Week post about Demilich, I provided a lot of info about the band and about Nespithe. I won’t repeat that here, but instead, if perchance you’re encountering the name for the first time just as I did almost nine years ago, I’ll send you back to that post for an explanation about why that surreal album — from its head-spinning music to its coded lyrics and album title — is so damned interesting.

My deep dive into Finnish metal so long ago proved to be not nearly as deep as I thought. Even when I brought the 17th of those posts to an end, I knew I had a lot of historical exploring to do, but I still didn’t realize then how much remained. For example, I was unaware that Demilich’s Antti Boman had been a participant in another death metal band named Winterwolf, in which he used the appellation Abominator.

Just the year before I began that Finland Tribute Week series, Winterwolf had released their debut album, Cycle of the Werewolf. In a way, that album was a long time coming, which brings me to another bit of Finnish metal history that I had overlooked back in 2010. 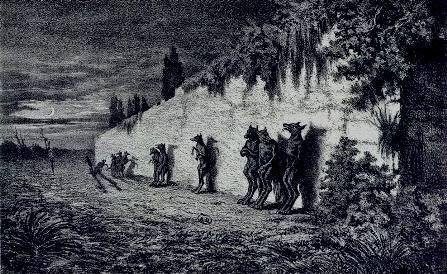 It turns out that Winterwolf originated in the final years of the 1990s, and released demos in 2000 and 2001. After that the band’s founder, Corpse (aka Tommi Hoffren), moved to a different place in Finland and started the band Deathchain with another Winterwolf member. Deathchain was another band whom I overlooked in that Finland Tribute Week series, and of course they’ve remained active ever since, having released six albums so far, the last of which was 2013’s hellishly good Ritual Death Metal, which was the record that turned me onto them.

Yet Winterwolf was not allowed to rest easy in its grave. Corpse resurrected the band and recorded that 2009 debut album Cycle of the Werewolf with a line-up that included some of his Deathchain bandmates — as well as the afore-mentioned Antti Boman of Demilich fame.

And now we leap forward by another 10 years, another long stretch of time in which Winterwolf might have been dead but turns out to have been merely hibernating. Woken from its death-like slumber again by Corpse, and again including Abominator Boman and other talented allies (among them, the lead vocalist Rotten), Winterwolf have at last recorded this second album, which will be soon released by Svart Records.

In that ten years’ of Winterwolf hibernation, its participants have done many other things with their lives. Corpse, for example, not only continued the activities of Deathchain but was also a fixture in Jess and the Ancient Ones, a group whose own career is now approaching its 20th year and whose music is of course very different from that of either Deathchain or Winterwolf.

So, with all of this history behind us, perhaps it’s worth spilling at least a few words about the actual music on Lycanthropic Metal of Death, perhaps as a suggestion of why Corpse and Abominator haven’t allowed it to sleep forever more, and why it feeds some creative hunger in them that hasn’t been sated in other ways.

The recording of the album certainly can’t be explained as a cash grab. Winterwolf does have its adherents as a result of that first album nine years ago, but it has dwelled in obscurity as compared to certain other death metal bands who’ve seen fit to revive themselves after long absences and to take advantage of the resurgence of consumer interest in old school death metal of various flavors. So, where did this record come from?

I have no personal knowledge with which to supply the answer, merely inferences from what I hear on the record. The publicist for Svart Records has also described the album as “death metal for fanatics by fanatics, played by men long possessed by the lust for old school death metal” who possess “the burning desire for vintage, slimy rotten death metal”.

As the same writer also observed, the music definitely does resonate with the sounds of “total death and lunacy”. And while the music is obviously an homage to yesteryear, it is far from a monotonous or homogenous trip down memory lane. Not surprisingly, given the track record of Corpse and Abominator, the riffs are of golden quality, and the songs range among differing permutations that include the influences of thrash and doom as well as rabid tank-attack rampages.

There are also plenty of punishing (and rocking) grooves as well as blasting eruptions of barbaric and icy violence and accents of fretwork weirdness to be found here, and plenty of disgusting (but electrifying) vocal foulness.

It’s an album that will appeal mightily to people with a wolfish appetite for old school Finnish and Swedish death metal, and probably to wolves in general. I sure as hell love it, and that’s the other reason I’m so happy to present a stream of it today, history aside.

Svart Records originally set June 14th as the release date for Lycanthropic Metal of Death, on CD, vinyl, and digital formats, though I’ve been told there may be a week’s delay due to issues with the vinyl production. Nonetheless, the album is available for pre-order now:

2 Responses to “AN NCS ALBUM PREMIERE (AND A REVIEW): WINTERWOLF — “LYCANTHROPIC METAL OF DEATH””