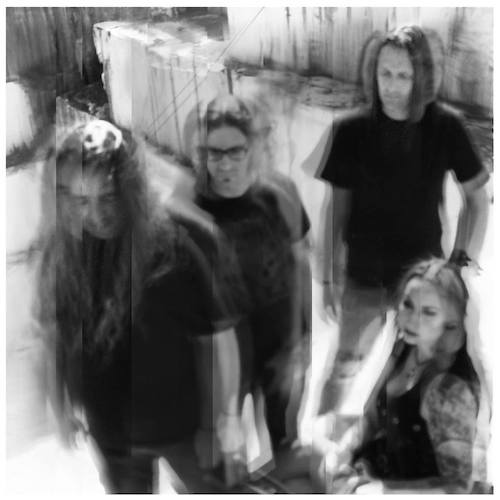 (Our Russian friend Comrade Aleks has reappeared at our humble abode, this time with a new interview in which he picks the brain of Carlos D’Agua, vocalist of the part-Portuguese, part-Finnish band Collapse of Light.)

Collapse Of Light is an international atmospheric doom/death project started in 2010 by three ex-members of local doom/death act Before The Rain (Carlos D’Agua (vocals), Carlos Monteiro (guitars), Gonçalo Brito (guitars)) and vocalist Natalie Koskinen (Shape Of Despair and Depressed Mode, amongst others). They weren’t fast, and their debut full-length album Each Failing Step appeared only in 2018.

This impressive material needs some development, which I hope to find on their sophomore album… Being a fan of its soothing depressive vibe I’ve contacted Carlos D’Agua and learnt few things about the band.

Hi Carlos! How are you? What’s going on in the Collapse Of Light camp?

Hi Aleksey, we are all doing well, thanks for asking. Answering your question, Collapse Of Light is now focused on working in a new project. One year after our debut album and following last December’s gigs, it is more than time to prepare our second album.

It’s said that the band was formed in 2010, but your debut album Each Failing Step was released only one year ago in April 2018. How did you spend the first years as a band?

That’s right, it took some time to complete the line-up. It was difficult to find and work with people who identify themselves with Collapse Of Light’s musical vision and attitude. That being said, many came and many left before we were able to go to studio and finishing the recordings.

However, I would say that the main reason to postpone the Collapse Of Light project was my departure from Portugal to Norway where I’m actually living, which lead to a subsequent hibernation.

What was your vision of the debut album? What kind of influences or general ideas did you want to perform through it?

The thematic behind Each Failing Step’s music and lyrics reflects very personal and shattering life experiences. We tried to create a soundtrack for all of those who somehow share a similar existence and paths. 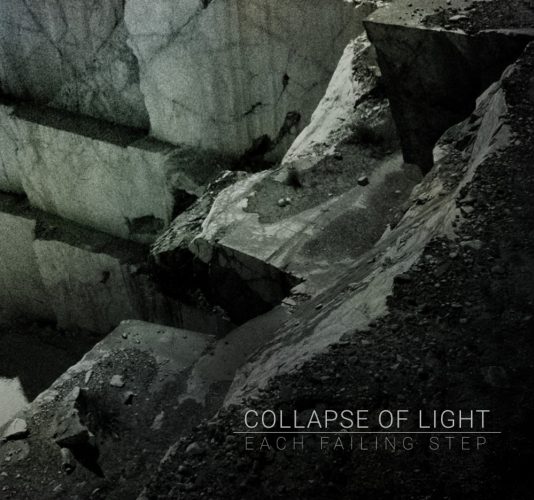 Do you feel that you have coped with that task well enough? In other words, are you satisfied with Each Failing Step?

The balance is quite positive. Collapse Of Light was able to manage and actually overcome considerable challenges and technical hurdles which had been arising to us when we started and kept popping up along the path, allowing us to be stronger and grow as a band.

The album ended up to be really well-received by both the public and the critics, which was something we weren’t really expecting… We didn’t have any demos, no one knew who Collapse Of Light was… It was a shot in the dark.

There are three members of the doom/death band Before The Rain in Collapse Of Light. How much of this band do you see in Each Failing Step?

It’s not a band or a company that defines who you are as a person, your work, and your music, but your inner-self, existence, vision, and beliefs, and how you apply them in everything you do, no matter what it is.

If you gather some people who share the same common ground, you are able to create and excel in anything. By some reason we all got reunited after Before The Rain. Although Before The Rain is part of our past, our musical experience and learning path, I would say Each Failing Step is a bit darker than One Day Less…

Carlos, where did you record the album? And how was the recording session organized?

Each Failing Step was recorded at Quinta Dimensão Studios, in Portugal, with João Bacelar. I had the chance to meet and work with him before when recording One Day Less with Before The Rain and I really enjoyed it. That’s the reason why we decided to pick this cozy place.

There is a gap of 5 years between the two recording sessions. It’s crazy if we think how we had captured the drums, bass, and some guitars in the recording sessions back in 2012. In 2017, we have added guitars, strings, keys, and vocals, in what was a very intense process.

The mix was done in the beginning of 2018 with Dehá in Belgium.

You have a guest drummer and bass-player on the album, and they’re your countrymen. But Natalie lives in Finland, so how did you work with her? Did you communicate digitally or did she visit you in Setúbal?

As mentioned before, it was a long process before we were able to have Collapse Of Light’s complete line-up. It was a pleasure to have Gonçalo from Process of Guilt recording the drums, Jorge (who was my bandmate in Evisceration) recording the bass lines, and other guests recording strings and Remains of the Day orchestration.

Living in Bergen, Norway, allowed me and Natalie to work very closely together preparing and combining the voices before traveling to Portugal to record them. Being a band, we strongly believe that Collapse Of Light must always record and spend time together creating the space to grow as a group and share ideas to better improve our work.

Does the fact what she lives in another country limit Collapse Of Light’s live activity? How many gigs did you perform with the full line-up? And how often? What are your most bright and hard memories from touring with the band?

Actually, Collapse Of Light’s vocals are both outlanders. She is in Finland and I’m in Norway. As anything else in life, a challenging situation does not turn into a problem if there is a solution.

Being a band, we are all committed to perform with the full line-up, otherwise it does not make sense to have a group project.

Collapse Of Light was invited to perform in 4 gigs at the end of 2018 in Portugal. With a 4-track debut album, we all agree that there is not enough to start touring. However, and working at the moment on our new project, we believe that our 2nd release will allow us to be more active and take part in European touring. Being on tour gives us the opportunity to be with friends, and to know new bands, new people, new places, and best of all, to share our work and let others know us better. Hard memories …. I would say hangovers … ufffff

Speaking about the full line-up: A few months ago you recruited bassist Paulo Bretão, but you still don’t have a drummer. Who does perform the drums during gigs?

Currently, the drums are being held by Miguel Ledo, who also played for a while with Before The Rain, and was a founding member of Ethereal. He’s an experienced drummer and a long-time friend, so let’s see how it unfolds in the future. 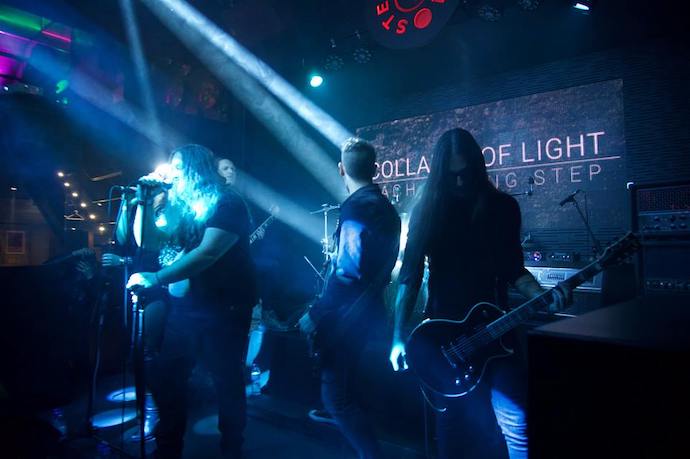 Rain Without End isn’t a big label, but it’s known for the honest approach of its owner, and now you have even a vinyl version of Each Failing Step. Is it comfortable to work with Robert?

As of yet, Collapse Of Light is not a “big” band either, so it makes perfect sense. Thus far, working with Robert has been a very positive experience, and it’s easy to work with him. Naturmacht is getting bigger, and I believe that in a very near future it will become a big label, within the genre.

What are your plans considering the new album? Won’t you wait for eight more years before release of the sophomore recording?

Not at all. It won’t certainly be another 8 years. We have a whole new batch of songs to start recording, and we plan to get into the studio just after summer, although we’re still deciding the best studio option. If all goes well, we’re planning to release it by the end of the year.

Can you give some hints about how this new material differs from Each Failing Step?

Hmmm… that’s a difficult one. Each Failing Step was recorded in 2012 and we are all older, more mature, and more experienced as musicians now. The new songs sound amazing. For sure, all those who liked the Each Failing Step album will like what’s coming soon … very soon …

By the way, Carlos, your band Sculpture released the EP Like A Dead Flower in 1997. Was it your first encounter with doom metal?

You’re right. At that time, I had a Grind/Death band called Evisceration, and when the doom boom emerged, I was hooked on some of the bands, which was the trigger and the beginning of everything. Unfortunately, Sculpture only released that EP.

Okay, thanks for your time Carlos! I wish you all the best with finishing the next Collapse Of Light album. Did’ we miss anything concerning the band?

There is always something that’s left behind… ☺ Thanks for the support Aleksey.

To all of those who still have not had the chance to know Collapse Of Light and our debut album, feel free to get in touch with us and check our Bandcamp. Cheers!!