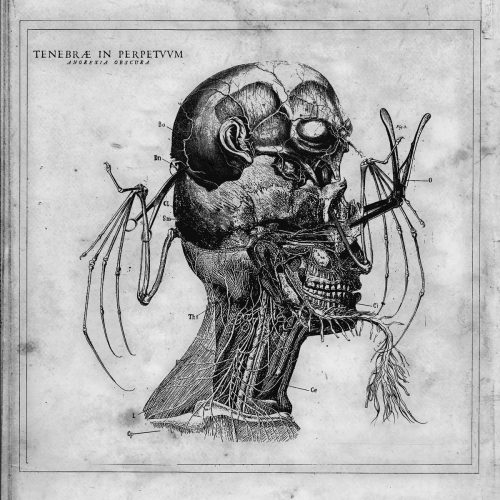 A decade after the last album by Tenebrae In Perpetuum, its sole creator (Atratus) is returning with a new album, aided by drummer Chimsicrin (of Gorrch). Named Anorexia Obscura, it will be released by Debemur Morti on August 30, and the first advance track — “Dissonanze mentali” — is how I’ve decided to begin today’s collection. 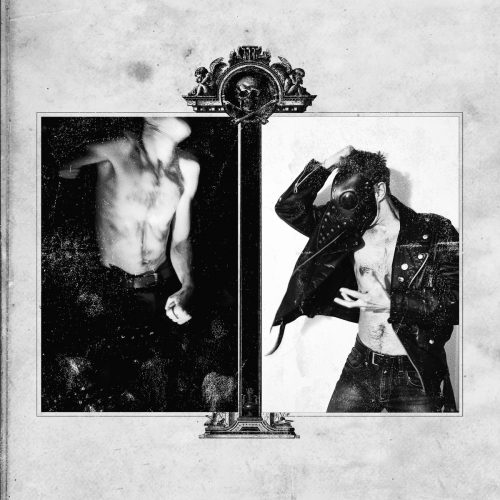 An electronic tone pulses like a siren through a squall of momentous chords and caustic abrasion. As the drums begin to hurtle at high speed, the other instruments create cold sensations both vast and mysterious, and also crazed — but no more crazed than the utter hysteria and fervent proclamations of the vocals. All in all, the song is an unnerving and even nightmarish blend of blood-freezing black metal and eerie electronics. Discomfiting for sure, but hard to forget…. 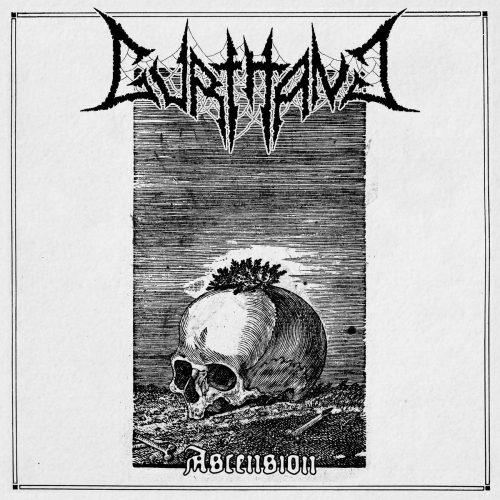 The Polish band Gurthang, who took their name from a weapon in Tolkein’s Silmarilion, have been prodigious in their output since a first demo in 2010, developing a style that has been labeled a hybrid of black metal and doom. Their latest album Ascension is the source of the next song in this collection, a 12-minute opus named “In Void Again“.

Like the first song above, this one chills the blood with its eerie, discordant vibrations and soaring, icy keyboard layers, and the vocals are the sounds of unhinged tyrants. The music stomps in solemn, brooding processions but it also races, intertwining moods of dismal threat and incendiary barbarism. There’s a wild, carnal, blood-lusting quality to the music in its zeniths of lunatic savagery, but also otherworldly atmospheres of ominous grandeur and slowly encroaching death. It’s kind of breathtaking… and so variable that you don’t notice the minutes passing.

Ascension will be released by Immortal Frost Productions on August 23rd. 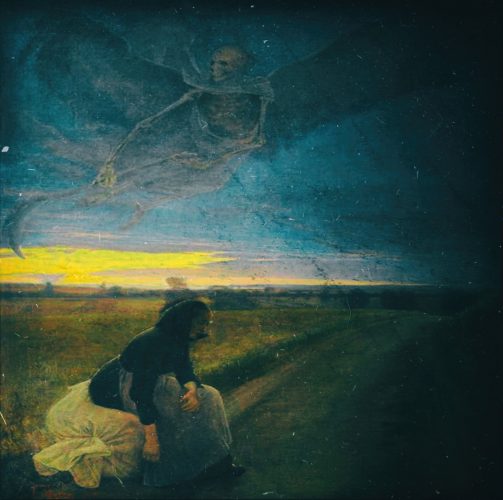 A prediction: The new album by Stworz will be one of the best pagan-metal albums you will hear this year. Do as I did, and at least take in the first two tracks, beginning with the entrancing, melancholy beauty of the instrumental “Na rzece z gwiazd” and staying in place for the ravaging magnificence of “Śniłem o Tobie pieśń”. The latter flows seamlessly from the former and then gradually swells in its emotional intensity. Bleak and sorrowing at first, it becomes pulse-pounding, gloriously defiant, and panoramic in its scale (and heads will bang as well).

If you’re enticed by the end of the second track, you won’t be disappointed by the ones that follow. The growled vocals are raw and amazingly passionate. The folk-influenced melodies are full of hooks, and there’s a primal physicality in the songs, as well as an inspiring, heart-swelling quality to go along with beautifully rendered grief-stricken moods. You’ll also get plenty of opportunities to rock out (see, for example, the tremendous “Poezja pustego pola”). I suppose early Drudkh or Kroda might be decent reference points.

Mój kraj nazywa się Śmierć is the name of this masterful new full-length by this Polish project. In case you are wondering (as I was), the cover art is an 1887 painting called “Aften. Den gamle kone og døden” (“Evening. Death and the Old Woman”) by Laurits Andersen Ring.

(Thanks to Miloš for making me aware of this album.) 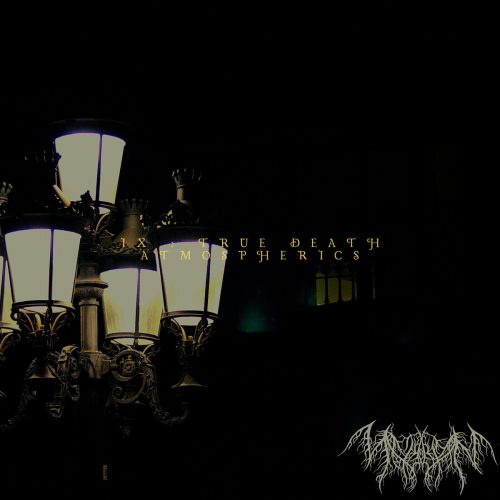 On top of many other occasions when I’ve written about the music of Nightgrave, I’m adding another, because on July 5th this released a new album: IX : True Death Atmospherics.

As with all Nightgrave releases, I struggle with how to describe this latest album succinctly, which unfortunately is all I have time to do. The music is so richly textured in its sounds and so diverse in its stylistic ingredients and its moods that pithy words will rob it of what it deserves. The songs also follow unpredictable paths, veering from gales of harsh, storming power to haunting, introverted interludes, and much else in between.

The music gleams and rings, enveloping the mind in otherworldly yet alluring dimensions of sound, and it flows softly, placing images of pastoral beauty in the mind’s eye. It’s also heavy, gloomy, and hallucinatory — and powerfully destructive. Crystalline notes, acoustic strumming, and ephemeral ambient music go hand-in-hand with abrasive chords and spine-shaking drum rhythms. By turns, the music feels romantic, futuristic, brooding, grim, desolate, disorienting, mystical, catastrophic, mesmerizing, panoramic, and even dance-able (it’s impossible, for example, to sit still during “Compos Mentis”, even though it threatens to shake the walls of your home to the ground).

The vocals are almost as varied as everything else, ranging from harrowing harsh expressions to a kind of gothic (and very seductive) clean singing.

As I’ve remarked about other Nightgrave releases, black metal is only one ingredient in this musical palette. At times, I found myself thinking of Drab Majesty, for example. But the variability of the ingredients has always been part of the attraction — the attraction of being perched on the edge of your seat, wondering what will happen next. 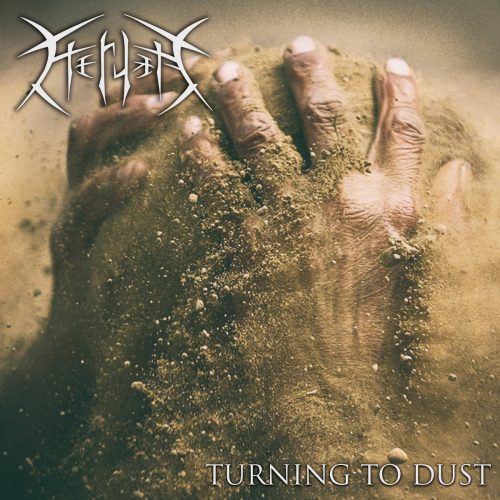 I’ve developed a mental tic that has taken me back to “Spleen” at least once a day since I first heard it. Unfortunately, I no longer recall how I discovered the song. It’s by the Italian black metal band Heruka, from their latest album, Turning To Dust.

Despite the album title, there is nothing dusty or decaying about “Spleen“. It’s a blasting, scorching, raging frenzy of sound, and that kind of blood rush is worth your time all by itself, but the high, whirling and bursting melodies (and a rapidly riveting riff) are what have kept me coming back to it. I know I over-use words like “grandeur” and “majesty”, but they come to mind here again, even in the midst of such ravishing, turbo-charged energy.

Turning To Dust will be released by the Russian label Narcoleptica Productions on September 15th. 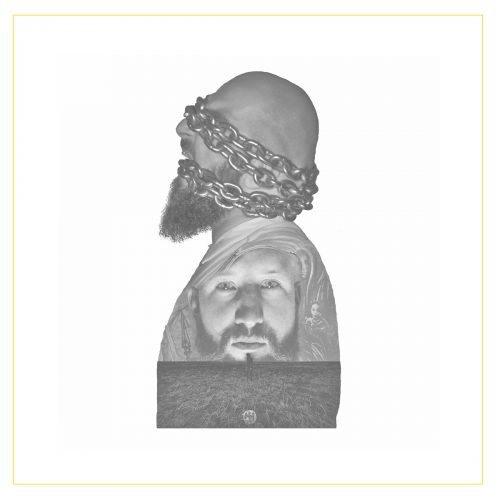 The video I’ve chosen to close this giant second installment of this week’s SHADES OF BLACK plays out slowly and mysteriously. Seemingly an innocent tale of a simple pastoral people from a lost age, in touch with nature and with each other, it’s hard to know where it’s going. It ends in chilling fashion, and if I’d paid closer attention to the lyrics, I would have been chilled far earlier. The words could be interpreted as the reflections and condemnations of an ancient and forgotten god. To have known him was “to know of ‘death’…and of its longing / …And in this truth, my seed was sown”.

The music, by the Chicago band Serpents, is a song named “The Sunset and The Silhouette” from their new album, Temet Nosce, which was released in April of this year. It’s a long piece that crosses different soundscapes as it moves, carried forward gradually from an eerie, haunting start to sounds of greater heaviness and vibrancy.

Speaking of heavy, the bass tone is massive and the drum booms are explosive, creating a contrast with the glistening ambience of the keyboards, the ringing tones of a piano, and the exotic swirling and darting melodies. The harshness of the impassioned vocals creates another layer of threat in the music, creating another contrast with the elements of the music that are bright, buoyant, and mystical.