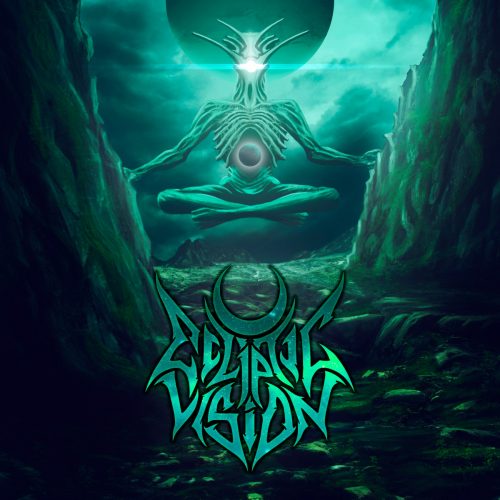 (This is Vonlughlio’s review of the new second album by Ecliptic Vision, which was released on July 6th.)

This time around I have the opportunity to review the self-titled sophomore effort of Ecliptic Vision from Syracuse, New York. Prior to listening, I had no idea what the sound would be like, other than a description of the music as a mix of technical and brutal death metal, nor anything about the band, for that matter.

Now, the good thing about getting into this project with so little knowledge is that for me it was a pleasant surprise, to say the least.  I won’t say the material is groundbreaking or something we haven’t heard before, but the musicians in the band are very talented, and the end result shows their skills and how well they work together. 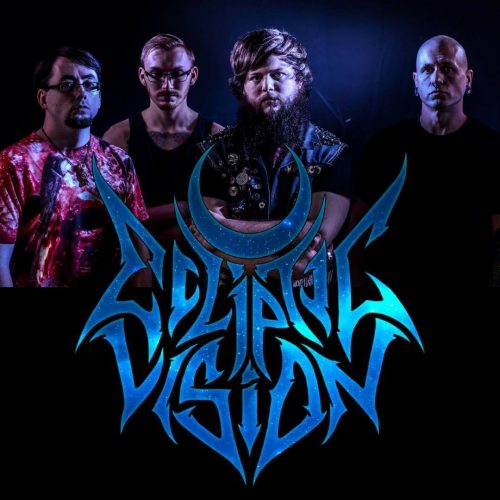 After my first positive impressions of this current effort, I decided to go back to their debut album and an EP they released between the albums. I wanted to see how they had progressed as musicians and how much they might have changed. One thing that became clear was the raw production of their first album, which I enjoyed quite a bit.  Their EP was the base for what would become their second effort, with some tweaks in the sound.  Overall, I must say I’m impressed with how much growth can be perceived in the evolution of the songs.

With this improved songwriting and a cleaner production, the instruments breathe in a new light. You you can listen to how the guitars and bass feed off of each other, and the interesting riffs and bass lines kept me engaged.  The drums are executed perfectly, creating a strong driving force in this project (though I would have loved a different tone for the snare). As for the vocals, I enjoyed the rhythmic patterns and how he makes changes in them within the songs.

Overall, this is a solid effort that deserves more attention from all of us (including me), and I applaud the band’s decision to self-release it, believing in what they crafted. I’ll be sure to follow them and see what the future brings. Below is their Bandcamp page and a stream — give it a listen, and I hope you like what you hear.