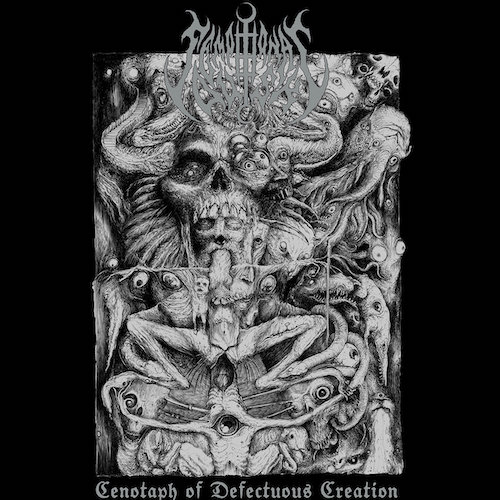 First up is a track named “Spears of Pestilence” from a new album by Portland’s Sempiternal Dusk, set for release by Dark Descent on September 27th. The album title is Cenotaph of Defectuous Creation, and it features cover art by D. Desecrator. 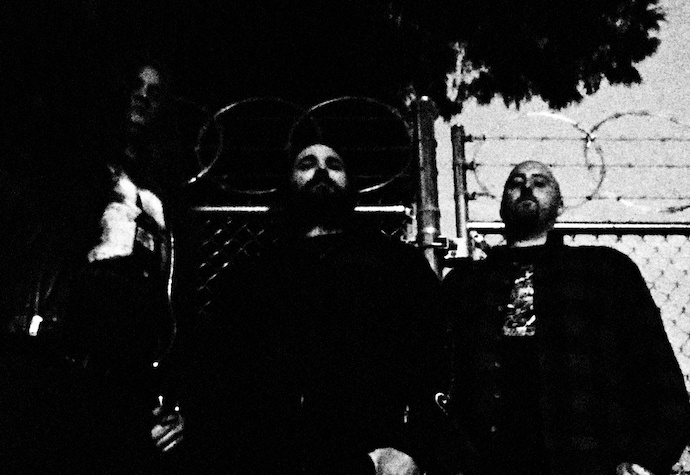 “Spears…” is a long song, nearly 11 minutes of pulverizing death/doom. Slow and lumbering at first, and radiating sounds of disease, decay, and misery, it shifts into a battering piece of cold-hearted savagery, shrouded in a churning miasma of unhealthy guitar vibrations. Gargantuan, sepulchral roars complete a sonic canvas that spawns sickening images of remorseless cruelty and apocalyptic devastation.

Yowling, writhing strings and skull-fracturing drumwork enhance the building mood of terror, but as fearsome as the music is, you’ll also have plenty of opportunities to bang your head like a crazy person, and there’s an utterly demented solo at the height of the frenzy — right before the finale, when guitars buzz in torment over a massive bass line and the vocals rise in a semblance of horrifying torture (or unhinged ecstasy, depending on your interpretation).

It’s an exhilarating track, but maybe not best heard right before trying to find sweet dreams in your slumbers. 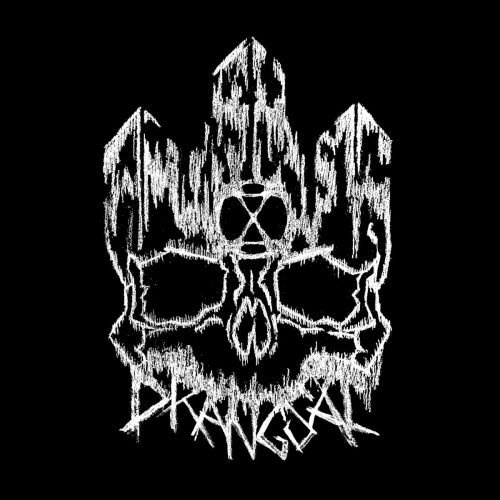 Fill an iron cauldron with pain and misery, and put it on an open flame. Stoke the fire, and listen to it boil to overflowing. Let the flame die to embers, and listen to the cauldron simmer and seethe. Then build the fire again.

That’s part of what I imagined as I listened to the song “Stirn” off the new album by the German band Zeit, whose intense blend of black metal, sludge, and fresh blood has riveted my own attention (and that of many others) through all of their releases, which will now include their second album Drangsal (“distress”). The video accompanying the song doesn’t include a cauldron, but instead an abandoned building in Leipzig. The band explain:

“With frustration in their hearts, green lungs and Sternburg on their lips, ZEIT try to find their way through the great gray – The distress known as city: Inspiration, coercion, freedom and jail. In dark alleys full of delusions, doubtful souls roam, lost in addiction. No hood, no cult – no collective.”

It’s not a rose-colored view of life to be sure, and although the rippling melodies, gravel-chewing bass-lines, and jolting rhythms of “Stirn” get under the skin, the music is equally distressing (though also eerily seductive in the track’s mid-section). The vocals are nothing but riotous pain, intense enough to raise goosebumps.

Drangsal will contain six songs and will be available on CD and two different cassette editions. All are now available for pre-order. 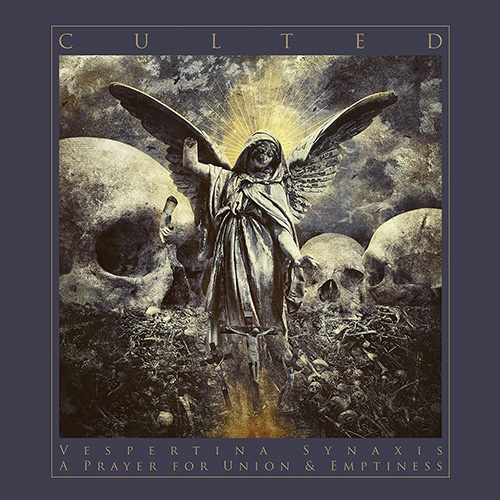 The part-Canadian, part-Swedish doom cult Culted are returning, at last, after their 2014 album Oblique To All Paths (reviewed ion laudatory terms here). Their forthcoming release, Vespertina Synaxis – A Prayer for Union & Emptiness, is an EP that will issue via Culted’s new label Season of Mist on August 30. “The doom-laden mini-album,” we are told, “finds its inspiration in the isolation, alienation, and damnation that dominates the rime-encrusted lands Culted inhabit”.

“Dirt Black Chalice” is one of two very long songs on the three-track playlist, the other being the even longer “A Prayer For Emptiness”. The third track, “A Prayer For Union”, clocks in at “only” five minutes. But you’ll only get to her an excerpt of “Dirt Black Chalice” in the preview furnished by SoM. Like the Sempiternal Dusk track above, the song begins at a lumbering pace. Using fuzz-bombed chords, clobbering drumbeats, and booming bass notes as the foundation, Culted layer in a blood-freezing array of twisted arpeggios with a psychotic and psychedelic flavor, as well as maniacal throat-shredding shrieks. Culted also pick their moments to push the pace, as well as the song’s overarching sense of simmering mayhem.

Of course it’s frustrating to be cut short before the song is even half-way finished, but as a “teaser”, it does work. I feel teased, and interested in more. 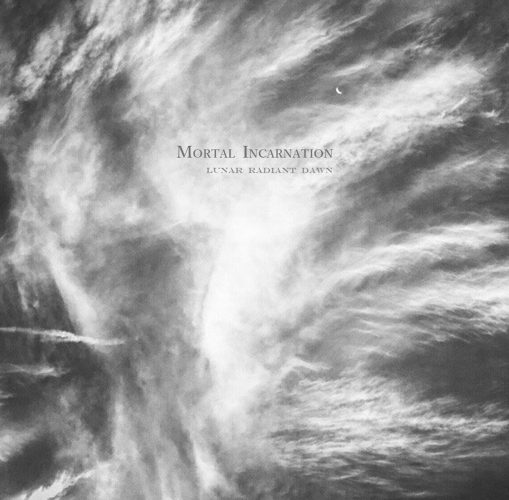 Now we come to the music I discovered after failing to complete this collection in time for posting yesterday. It’s a debut, two-song EP entitled Lunar Radiant Dawn by the Japanese death metal trio Mortal Incarnation, and it really is a remarkable discovery. I wish I could say that I found it on my own, but it was a post by Cole from Lago in a Facebook group that brought it to my attention.

Both tracks on the EP are fantastic. They feature ferocious, raging onslaughts that are downright electrifying, in part because the band frequently change the rhythms and the riffs, often in ways that get your head bobbing, while you’re perched on the edge of your seat waiting for each new twist and turn. In their atmosphere, they’re also frequently ghastly and putrid, diseased and doomed.

The eerie, wailing leads and sorcerous solos in the songs’ slower, dragging movements make a big impression, as do the technical fireworks in the full-throttle assaults and the roaring and howling vocals, which echo from some foul, dank crypt.

I really can’t say enough good things about this demo. It’s even more remarkable that this is the band’s first recording. As icing on the cake, it’s a name-your-price download at Bandcamp.

To close this collection I chose a song called “Shoveled Sickness” from the forthcoming debut album Into The Graveless Beyond by the Detroit chainsaw metal band Centenary, who draw their principal inspirations from the likes of Entombed, Dismember, Obituary, and Cianide, but throw other ingredients into the mix as well.

I’ve written in glowing terms twice before about the music of these die-hard metal veterans — if you haven’t heard their 2017 EP …Where No Lives Matter, you owe it to yourself to do that pronto — and this new song makes me even more eager for the album.

There’s a delicious bass rumble at the outset, soon joined by a toxic guitar squall and a mix of pummeling and galloping drum rhythms. There are of course massive chainsaw tones at work and delirious vocal savagery as well. When the band really kick the song into overdrive it becomes a wild juggernaut of destruction, like some demolition machine that’s lost its mind.

Into The Graveless Beyond was recorded and engineered by Don Durr, and it was mixed and mastered by none other than Jonny Pettersson.