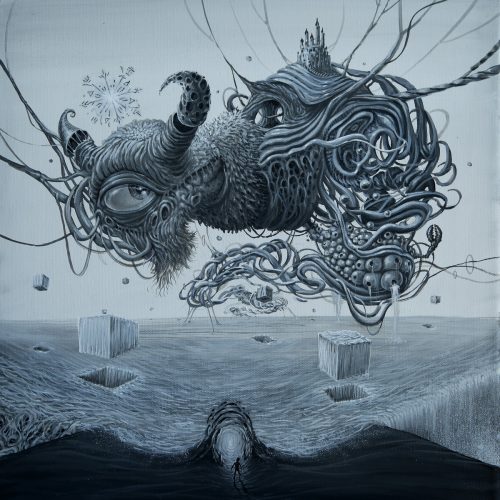 The particular amalgamation of death and doom metal that the Italian band Esogenesi have created melds together moods of mystery, of revelation, and of heart-breaking sorrow and crushing desolation. Fully capable of inflicting stupefying levels of destructiveness, they prove themselves equally adept at guiding the mind through haunting melodic refrains to those isolated places where grief must be born alone, beyond the reach of consolation.

Esogenesi’s self-titled debut album is deeply immersive and emotionally searing. In addition, it’s a dynamic affair that allows the main ingredients of doom and death metal to each have their places of prominence, bruising both heart and bone in equal measure. And every song lingers after you’ve been caught up in the initial experience, in the memory of both the depths of their despondency and the stunning weight of their explosive power.

The song we’re premiering today, “Incarnazione Della Conoscenza” (Incarnation of Knowledge) is a prime example of these qualities, and how naturally they flow together under the guidance of this talented group. The album on which it appears will be released by Transcending Obscurity Records on October 4th. 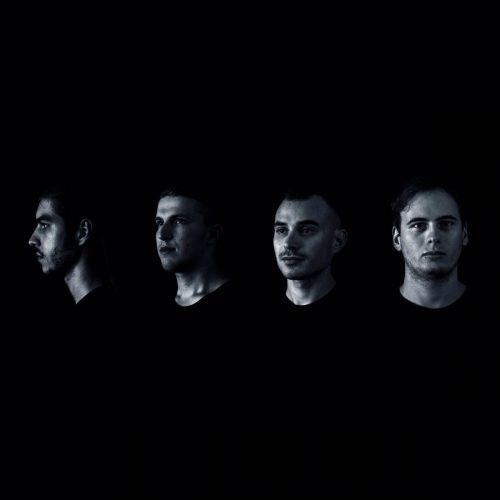 The slow, haunting harmony of reverberating guitar and bass notes at the very beginning becomes one of the song’s through-lines of melody, though it evolves. But much else about the song changes before we reach the conclusion, when (briefly) there’s another exhalation of moody guitar notes. After that relatively soft opening, the band bring the hammer down in shocking fashion, with heavy, distorted chords, the gunshot crack of the snare, and the cannon boom of the bass drum. What was haunting quickly becomes craggy and crushing.

That opening melody continues to unfold in moaning tones as the bass and drum briefly become more animated, but the pacing eventually slows even more as the vocals come in (a horrid, serrated-edge growl), and the song becomes even more miserable in its mood. There are moments of grievous guitar abrasion and detonating percussion, but this slow crawl becomes an encapsulation of suffering and hopelessness. Silence briefly falls, followed by an isolated guitar motif that’s introspective and resigned — and then comes the crushing sound of granite monoliths falling like dominos, as if tipped by a Titan’s hand.

Things get more ravaging after that, as Esogenesi inflict a barrage of heavy, jolting riffs and skull-busting bass and drum. The rhythm section transforms into an even more battering menace when the riffing turns into a squall of viciousness as the vocals reappear. The drummer hits a slow-rocking beat as the bass burbles and pulses, and then the music storms with double-bass thunder and a refrain of lacerating riffs — just before that brief reemergence of the song’s apparitional advent.

MORE DETAILS: Transcending Obscurity recommends Esogenesi for fans of Hex, Paradise Lost, Altar of Betelgeuze, Dusk, My Dying Bride, Evoken, and Illimitable Dolor. The fascinating cover art was created by Korvo, and the internal layout and graphics by Luca Brusa. Esogenesi are:

Along with pre-order links and our stream premiere, below you’ll also find a stream of another previously released track, “Abominio“, which opens the record.