(In a continuation of this occasional series, Andy Synn reviews three recent albums by bands from his homeland.)

Normally I’d write something amusing/annoying to provide a “fun” lead in to the following three albums.

However, a combination of work/band/life pressures means that, right at this moment, I don’t have any time to mess around like that.

So, without further ado, here’s a mix of Death, Black, and Post/Sludge from the UK for you all to enjoy. 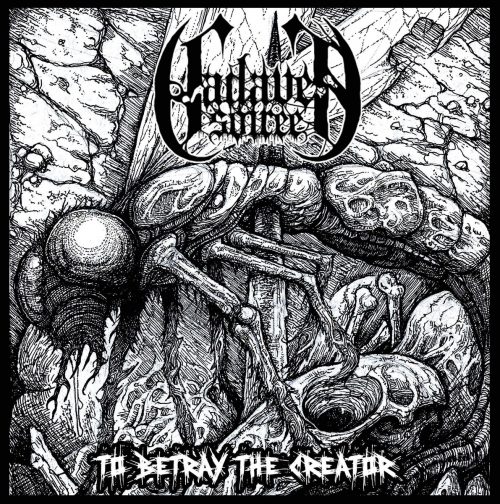 CADAVER SOIRÉE – TO BETRAY THE CREATOR

There’s something to be said about wearing your influences with pride. As much as certain people like to praise “innovation” as the be-all and end-all of music making, it’s kind of pointless if you can’t produce a good song in the process. And one of the best ways to learn about songwriting is to listen to, and learn from, those who’ve gone before you.

Case in point, while the debut album from Cadaver Soirée owes a particularly heavy debt to bands like Autopsy and Asphyx– bands whose Death was always tinged with a bit of Doom – the Leeds-based death-dealers don’t try to hide it or downplay it. It’s just an accepted part of their identity, and doesn’t make the gut-wrenching rumble of opener “Cordyceps” or Bolt Thrower-esque bludgeoning of “Limbless” any less effective or impactful.

The cadaverous collective are more than just a one trick pony though, and the incorporation of some moody melodic guitar work and devilishly dark keyboard embellishments on tracks like “Aeons of Lies”, “Augmented”, and “Evil Breeds Evil” not only serves as a welcome flavour enhancer to balance out all the rough, buzz-saw riffage and gruff, gurgling vocals, but also suggests that there’s a subtle Edge of Sanity influence at play underneath all the chugging, churning ugliness.

Don’t get me wrong, while To Betray the Creator is a solid enough debut, one which firmly lays the groundwork for what I hope will be bigger and better things, it has a few obvious flaws – “Writhing Masses” throws a lot of riffs around, but none of them seem to stick, while the ambient interlude of “Perpetua” effectively kills all the momentum which the band had established up to that point – that prevent me from giving it an unqualified recommendation.

But I will say this – these guys clearly know their Death Metal, and their willingness to embrace and intermix their influences as outwardly and openly as they have is something that really works in their favour, especially on the album’s final track, “Entombed in Dirt”, where all their separate inspirations collide and come together to produce something that’s as hooky as it is heavy, and as catchy as it is crushing, without sounding exactly like any one particular other act or artist in the process.

Let’s hope we see/hear more from these guys in the future. 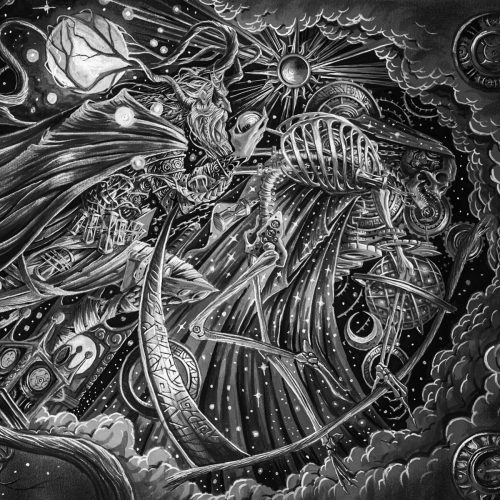 What a difference a year (or, to be more accurate, four-and-a-half years) makes, eh?

Despite enjoying the band’s first EP (Ascension to the Throne ov Self) and debut album (Revealed in Profane Splendour) at the time, I have to admit, their particular brand of synthetic symphonic swagger and belligerent Black Metal bluster ultimately didn’t have enough staying power to stick with me in the long term, and I had pretty much entirely lost touch with them until Temporal suddenly dropped into my lap out of the digital ether.

With a much more stripped-down sound this time around (I’m not sure if there’s even a single splash of keyboard-enhanced colour to be found on any of these  songs) Temporal’s lack of extra bells and whistles (both literal and figurative) ultimately turns out to be an asset to the band’s songwriting, forcing them to focus on locking down the true fundamentals of Black Metal without the crutch of overblown orchestral additives to paper over any cracks.

And, as tracks like cruelly catchy opener “Serpent King” and its blastier, more bombastic companion “In Torment and Great Darkness” – reminiscent as they are of classic, Gaahl-era Gorgoroth and latter-day Abigail Williams – this current version of Sidious already seem to be thriving under these new restrictions, skilfully tap-dancing down a razor’s edge between aggression and atmosphere with a grasp of subtlety and nuance that their previous, more ostentatious, incarnation struggled to articulate.

What’s more, there are already encouraging signs that the group (now operating as a three-piece) have further unfulfilled potential waiting in the wings, as it’s on the longer tracks where they really start to come into their own, with particular praise reserved for the undeniably epic strains of “At the Altar of the Horns”, the stunningly dynamic “Possessed by the Ardent Flames of the Abyss”, and the exceptionally powerful “Piercing the Sun of Narcissus”.

So while Temporal may not be the album to rock the Black metal world to its foundations, it’s still an emphatic statement of intent from a band who clearly feel like they’ve got a lot left to offer, and a lot left to prove… not least the fact that less sometimes really is more!

Post-Sludge/Doom collective Sūrya have always held a strongly pro-environment, pro-conservation, anti-exploitation viewpoint, and their new album (whose name refers to a neologism coined by philosopher Glenn Albrecht) continues to find new ways to give voice to these ideas and ideals.

Whereas their previous record was, effectively, an entirely instrumental (though not totally wordless) affair, using handpicked quotes and samples to flesh out the band’s message, Solastalgia makes proper use of vocals to allow them to tell their own story, in their own words, beginning with the suitably sombre speech that sits atop the brooding, slow-burn of “Anthropocene”, ending right as the track erupts into a blazing pyre of humongous riffs and electrifying melodies.

“The Purpose” picks up, in scintillating style, right where the previous track left off, utilising a striking quote from musician and activist John Trudell to hammer home the meaning behind the music before things get even heavier, even darker, and even doomier than ever, dropping back into a poignant passage of gleaming melody and ambience a few minutes later, only to come back even harder for the song’s colossal climax.

Following the short, soothing interlude of “Fenland”, where the drifting, dreamlike guitar work is accentuated by the chirping and chattering of birds, the furious “Black Snake Prophecy” provides the closest thing the album has to a “traditional” song, layering an array of huge riffs, heaving bass lines, and shining melodic notes together into some of the heaviest, most aggressive, yet most atmospheric configurations that the band have ever achieved, all topped off with a visceral vocal performance whose build up in intensity perfectly matches the music beneath.

Finishing with the flabbergastingly powerful strains of “Saviours” – a song that starts off in the red and only gets heavier and more intense as it goes on – Solastalgia turned out to be one of the best Post-/Sludge/Doom albums I’ve heard this year, and one into which the band have very clearly poured their heart and soul.

Give it a listen, give it a try, and prepare to be moved.