This makes the fourth round-up in the last 7 days, and the sixth one if you count the two-part SHADES OF BLACK I compiled for last Sunday and Monday. I know this isn’t going to continue. Eventually my fucking day job or some distraction in my personal life is going to put the squeeze on my NCS time again, and the new-music round-ups will dwindle. But I’m doing my best to make hay while the sun shines before things get overcast again.

As for what I chose today, the main themes are cranial trauma and reflexive movement. Lots of cool album art in here too.

Man it’s good to get a new Gatecreeper album. Their first one, Sonoran Depravation, was killer, and all the short releases they’ve made since then have been too. The new one, Deserted, will be released by Relapse Records on October 4th. The first single, “Boiled Over“, is accurately described by the band as an effort to mix “the melodic side of Bolt Thrower with the crushing heaviness and groove of bands like Obituary or Crowbar“. 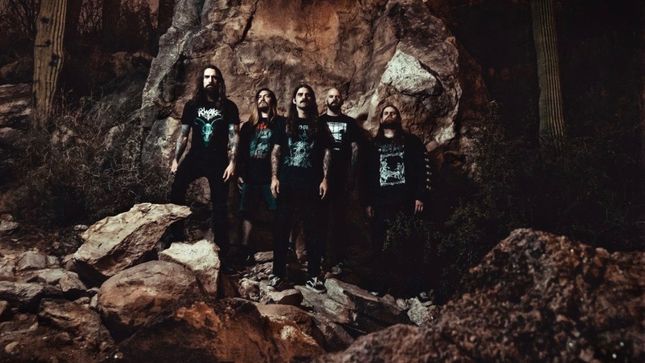 Even when the song is oozing along like a giant python rotting from the inside out, the drum blows and the weight of the HM-2-powered riffs will give your guts a good rumbling and your skull a good fracturing, and there’s more trauma to come when the sledge-hammering begins, and again when the guitars start to boil and the drums begin to thunder like a cannonade. The vocals are beastly, and become increasingly unhinged, while the leads are dismal, slithering, reptilian things that you don’t want close to any orifices. 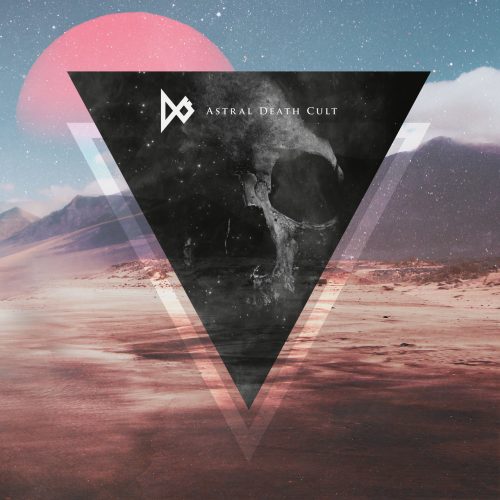 You know that old saw about limbering up your neck muscles before listening to certain kinds of metal? Well, you should definitely do that before listening to this next song, but you should also limber up all of your joints, wherever they may be found, because this thing is probably going to make you want to spasm all over in the grip of its grooves.

The song, which is accompanied by a lyric video, is “Cosmic Communion“. It comes from Astral Death Cult, the new album by the Finnish band DÖ, who describe their music as “döömer” – “a northern mix of stoner, doom, sludge, and psychedelic elements with hints of death / black metal”.

The twisted, mind-mangling guitar tone is to die for. The titanic, sludgy tone of the bass is simply lethal. The drummer sounds like he’s working from the inside of your head. The vocalist is a shrieking demon. The combination of freakish, feverish leads and humongous, lead-weighted riffs will mess with your head and ravage the integrity of your skeletal structure. When they start to rock out near the middle, that’s when you’ll really be glad you limbered up all your tendons and ligaments. After that, things get very trippy indeed, thanks to a screaming guitar solo that definitely has hallucinogenic properties.

As you’ll see, the video is also an extremely cool accompaniment to this nuclear giant. Just remember, “All is one / So bond….”

Astral Death Cult will be released on the 20th of September — on vinyl by Lay Bare Recordings, on cassette by Mercyful Tapes, and as a digital download. The labels recommend it for fans of Lord Dying, Sourvein, Graves At Sea, Neurosis, and Weedeater. 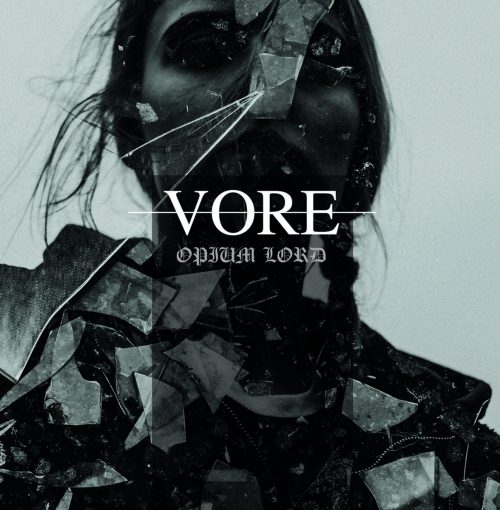 I’m pretty sure this is the first time we’ve written about Opium Lord at NCS, so by way of introduction:  They’re an experimental sludge band (for want of a better term) based in Birmingham, England. They released their first EP in 2013 on Thirty Days of Night Records, followed by their first album Eye of Earth on Candlelight Records in 2017, and split 7-inch with Rhode Island’s Churchburn in 2016. After dealing with delays created by the upheavals at Candlelight, they’ve now signed with Sludgelord Records for the release of their second album, entitled Vore.

The new album includes a guest appearance by YOB’s Mike Scheidt on the song “Columbia”, which is tremendous, but you’ll have to wait a bit for that one. In the meantime, the one track that’s streaming now is “Sherwood Is Connector” — and it’s also tremendous.

I knew Opium Lord were just setting us up iwith the dismal, ghostly sounds in the song’s first 30 seconds, but I still felt like I’d been hit in the jaw with an iron pipe when they dropped the full crushing weight. At first they work at a lumbering pace, all the better to use the immensity of the riff and the gunshot-crack of the drums to drive you down through the concrete and into the soil.

The flickering leads that run through the deliberate, titanic striding, and the eerie chiming tones in a mid-song interlude, lend a spectral dimension to the song’s earth-moving earthiness, and it’s after that interlude when the band give you a ticket straight to headbang city, ramping up the momentum and clobbering like a heavyweight fighter. It’s a bleak and bruising song, but nearer the end, the music becomes almost apocalyptic. The vocals are scorching all the way through the track, but reach a zenith of howling pain, and the destructiveness of the music becomes rampant. The entire experience is stunning on multiple levels.

Vore will be released by Sludgelord on October 11th.