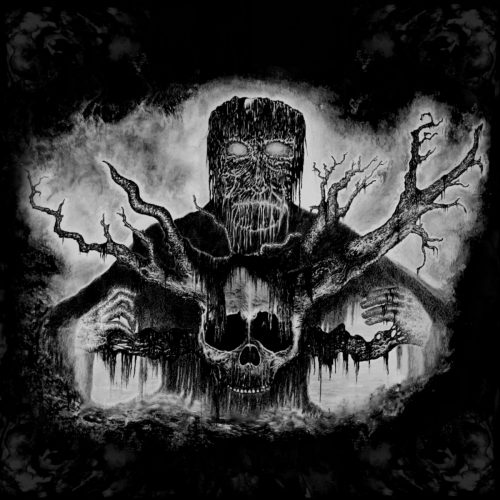 (Andy Synn penned this review of the second album by Swamp Witch from Oakland, California, which was released in May of this year.)

Maybe it’s because of the weather recently – a mixture of blazing, oppressive heat and thunderous downpours – but I’ve been in a really doomy mood recently.

Just last week I went to see hideously heavy Doomcore pioneers Black Tongue (who were great, although the less said about the support acts the better), and prior to that I’d been fully immersed not only in the complete Krypts discography, but also getting my teeth into the upcoming new Crypt Sermon album too (more about that at a later date).

This past weekend however it was the grimy, gloom-shrouded stomp of Swamp Witch which really caught my attention, and so I felt it was high time I shared the good news (and gruesome grooves) with the rest of you. 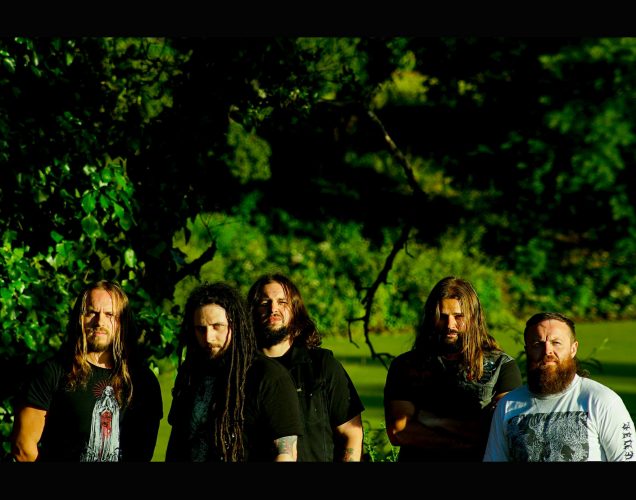 “Ugly” and “unforgiving” are two words which I’d used to describe the sound of Dead Rituals, and one listen to the lurching riffs, lumbering percussion, and loathsome vocals of opener “Petrified in Sewage” should be enough to justify this.

Heavy in both sheer sonic weight and ominous, oppressive atmosphere, “Petrified…” is a perfect introduction (or reintroduction) to the band’s particular brand of Sludge-soaked Death Doom while also showcasing how much more intense and aggressive they’ve become in the years since their last release.

This increased aggression is even more evident on “Serpent Drug Cult Mythology”, where the Death Metal side of the band’s sound reaches almost Obituary levels of obnoxiousness (and I mean that in the best possible way), without losing the loose, almost lucid-dream-like flow of the music in the process.

This added intensity doesn’t come at the cost of the moodier, doomier, side of things, however, and both these tracks, as well as the following two, feature a plethora of brooding bass-lines and psilocybic melodies all seemingly designed to induce a trance-like state of despair or euphoria, with “Catacomb Saint” in particular finding guitarists Phil Gallagher and Zack Gilliam flexing their more melodic muscles with a series of spiralling, dissonance-edged lead parts and moments of oddly mercurial ambience.

Closing with the gruesomely groovesome strains of the title track, which reintroduces a touch of the sludgier swagger from the band’s earlier material without upsetting the balance between gut-crushing heaviness and hypnotic doom which defines this record, Dead Rituals manages that rare feat of being fearsomely dense yet also fascinatingly digestible… and, at just under thirty-eight minutes in length, feels like the sort of album where you’re immediately going to want to go back in for seconds (and thirds)!