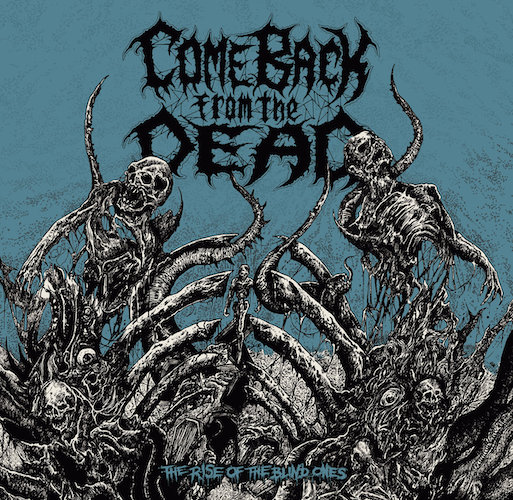 Two years ago we had the sadistic pleasure of premiering a heavy dose of foul, festering death metal off the last EP (Caro Data Vermibus) by the Spanish band Come Back From the Dead. Now we have the opportunity to present another premiere by the same group. This one comes from their new album The Rise of the Blind Ones, which like the previous EP will be released by Transcending Obscurity Records.

This new song — “Jugular I – Heretic Impaler” — is the stuff of horror. It makes it very easy to imagine macabre abominations lurching through the dark, shrouded by the putrescent stench of rotting flesh. 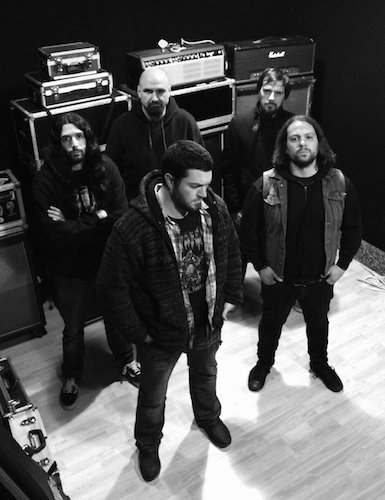 Come Back From the Dead‘s songcraft pulls from both Swedish and American death metal traditions, and both are evident in this ghastly track (as well as a punk flavor in vocalist Paul’s raw howls and livid screams). The music proceeds at a lumbering cadence with a cruel, ghoulish, heavyweight riff and a thick, bubbling bass line. The music very easily spawns nightmarish images of staggering monstrosities, but other images come to mind when the drums begin to rumble and the riffing becomes a sickening, squirming pulse — images of busy maggots writhing in the body cavity of a decomposing corpse.

Yes, it’s a soundtrack of horror — and as savage and electrifying as it is fetid and foul. 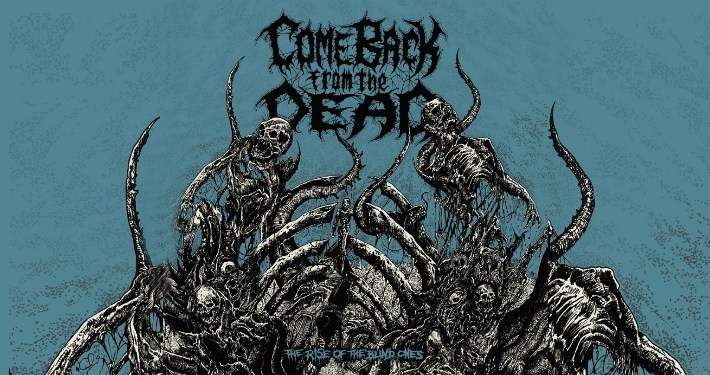 As on the preceding EP, Cesar Valladares has devoted his twisted talents to the creation of cover art for the new album. It will be released by Transcending Obscurity Records on Friday the 13th of September (CD and digital). Pre-order links are below, along with our premiere and a Bandcamp stream of two other previously released tracks from this riveting album. Dig in!

COME BACK FROM THE DEAD:
https://facebook.com/comebackfromthedead