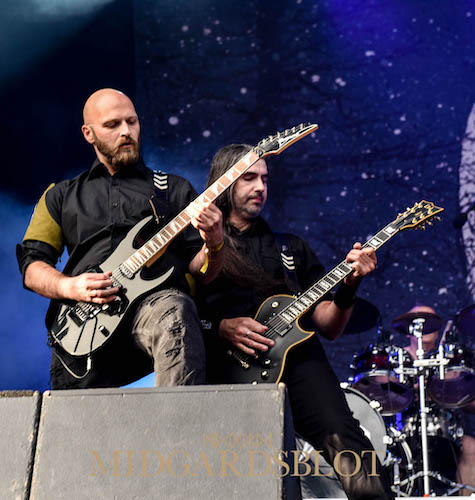 (This is Karina Noctum‘s interview of Steingrim, drummer of the Norwegian black metal band Vreid, whose latest album Lifehunger was released by Season of Mist  in September 2018. The interview took place in late June at the Tons of Rock festival in Oslo. All photos were made by Andrea Chirulescu for the Midgardsblot festival, 2019.)

What’s behind the name “sognametal” and what makes bands that are under this name stand out within the Norwegian Black metal scene?

Sognametal was an expression from the founder of Windir, Valfar. He wanted to stand out from other bands in the same genre. After that they just labelled the music coming from the region Sogn og Fjordane as Sognametal. That being said I don’t think all the bands coming from that region play the same type of music. So now 25 years later on I don’t think the label Sognametal can be applied to a certain music genre, but it’s the label you get when you are from a certain region in Norway. But again, he wanted the band to stand out, but it was meant just for Windir music and that’s what was Sognametal, so the irony is that now there are 10 or 15 bands under the same label as well. 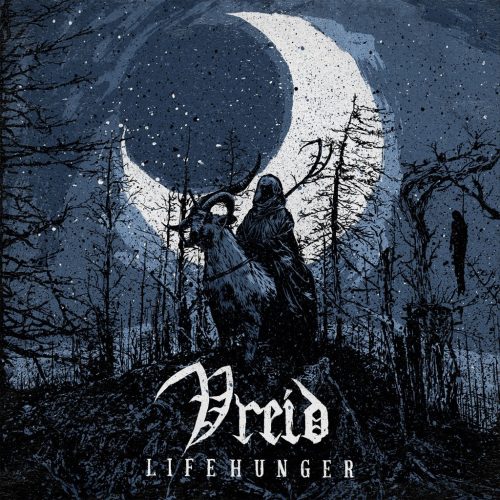 How does Lifehunger show the development of Vreid’s sound in your own opinion?

I think it’s a natural evolvement from the first album in 2004. We spent a lot of energy trying to sound different from our previous albums with Windir. That’s our main goal, I guess. I don’t think it was intentional, but it was like we had this groove and anger after what happened in 2004. Later when we started writing new songs we brought back some of the melodic elements and some of our history from previous bands we played in in the ’90s. Lifehunger is an evolvement from the Welcome Farewell and Sólverv albums, and personally I think Lifehunger is my favorite album.

How has it been to tour Japan? Where else in the world would you like to tour?

Japan is really good. We got a really warm welcome. We have had 3 tours over there and hopefully we will come back in 2020. We are planning on doing a couple of shows over there. We are traveling with cool bands as well, and the fans, the fans are kind of quiet, but when you get them going they go crazy. It’s pretty different compared with the US. As for other locations, for example, where people are much more into the music, or South America, of course where people go crazy from the first second.

Are you going to tour South America soon or is it just Mexico?

We played a festival in Mexico and we have been invited back. It will be either by the end of this Autumn or next year. Hopefully we can combine it with a tour. We would really love that, we have never been there, but first we have to find when the moment is right and a really good agent. We need good bands to tour with as well. That’s definitely a must-do booking for 2020 or later on. Hopefully within a couple of years we will be there. 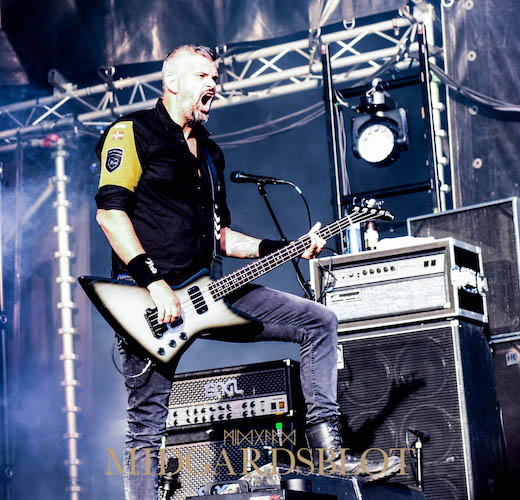 What were some highlights of the US/Canada tour?

It’s difficult to pick. All the Canadian shows were great and both the shows in L.A and New York, those were maybe highlights that stick out the most for me. But it was cool to play in the Midwest, like Denver and Kansas. I mean, to see people coming all the way from afar. They drove 10 or 15 hours just to see us in a small club in Kansas, that was really cool.

What are the challenges of touring in North America?

It’s pretty much the preparations because as an international artist you need to have a work visa, and it’s a lot of work preparing that with the lawyers and the petition to the immigration services. It’s like 3 or 4 months of preparation to get the visas done. But once you go there as a Norwegian, they are really friendly. So maybe then the challenge is the distances, because when you first go there the continent is so big that you have to do a certain amount of shows to make it worth traveling so far. We had one day off but that was a traveling day because there was a 2200 km distance between the shows and that is almost the whole distance of Norway from North to South. It’s obviously an issue, but it worked out well. We had good travel companions in Kalmah and a good bus driver and we had good weather, so everything was good, so I can’t complain.

It was really cool. It’s recommended to go there as a fan. It’s a totally different thing that we hadn’t done. We have been talking about coming back and doing it once more. We also combined it with a couple of days in Miami, so it was really special. We got to play in the top deck at 2 o’clock, early, so we played after Annihilator, Anthrax, and Amorphis. The other bands, Marduk and Testament, are great guys!

The location is kind of surreal, you just wake up and you are at this sunny beach and the environment there cannot be described. Being from Norway, it’s one of those places that you have only seen in pictures pretty much. Combining that with our music is pretty special. The people in the boat said that it is the best cruise they had of all the years because the atmosphere was so good and people were so polite. I guess metal fans spend a lot more on beer than your regular cruise guy, so that is also an issue. I hope to be back and I’d recommend it for everyone. If you don’t play in a band, try it because it is good. 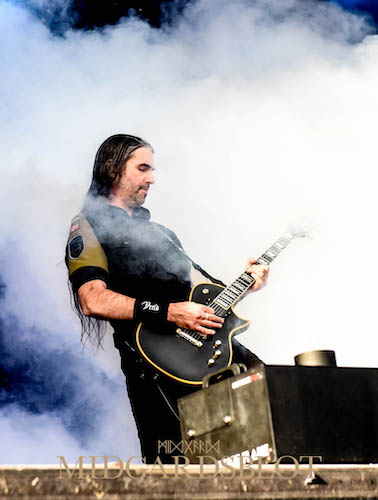 How has Lifehunger been received by fans?

Really really well. Usually we are kind of spoiled with good reviews from the media. We have loyal fans. Of course fans have meanings and opinions on the experimentation in the songs (acoustic guitars, cowbells, and whatever) but in general it has been really well-received. The tours have been amazing, both in the US and now in Canada in April. I guess we are just spoiled.

How do you handle fans expectations while you are composing, or does that really matter?

I’d say no. I think when we write and record music we don’t take into consideration how fans will react. We do it our way. We want to have control when we release it. There is no manager or any record label that will tell us how to do stuff. We just do it. If we get some new fans that’s always cool, and if we lose some old fans that’s a pity, but still OK. We don’t take the fans’ expectations so much into consideration really.

What has influenced the sound of your last album the most?

We try to pick up influences from what we did when we just started playing music. Old school first albums of Metallica, and Death is also one of my greatest influences ever. But I don’t take into consideration the genres. I have never been a huge fan of categorizing metal. I think including all kinds of elements is kind of what makes me play in a band the most. Including ’80s style and lots of ’70s. I’m a huge fan of Alice Cooper, The Stooges, Davie Bowie, not metal music at all. Every album can be influenced by everything we listen to from day 1 to day 2. It can be country music. The magic is to get an album without it sounding country.

When it comes to “Sokrates Must Die”, I mean I find it a bit controversial because it seems to be a bit against the relentless questioning that is necessary at times in any society…

You can read that into it, but I don’t think it’s 100% critical. I think it’s also a statement. When you got these visionary people, this Greek philosopher… Lots of people thought he was a threat. Nowadays it’s kind of looked upon as a threat within the socialized community because when you stand up and speak up for your thoughts you get criticized. Some people would like to see you dead or some may be embarrassed, or even encourage you. You can read it however you like.

Are you guys active when it comes to writing new material or do you just take a break from it after having released an album?

We are always thinking of the next album. We had a longer break after Sólverv. After we toured with that album, we stopped, we didn’t do anything. Then when the ball started rolling we kind of went into the studio to do pre-production stuff. I was talking to Jarle a couple of weeks ago, and once he is done with Tons of Rock—because he is organizing it⁠—we are planning on going in our own studio and doing the pre-production for three songs already in August. So things are happening, we constantly have riffs and ideas. We are recording with our own equipment and maybe we will have a full album for late 2020. Our first pre-production studio session will get things started, and rolling.

What do you do in order to give your music a unique touch?

If we have influences from other genres or other music we just include it without thinking about reactions from the media or what the reviewers will say. It’s just the option of doing whatever you love, and strange results will come out from that. We include all other kind of sounds like folk music, acoustic instruments, or cowbells. I think we have our own sound. I mean people say that they can tell a Vreid album. Some bands do have their own sound. We have been told that we also have that, but I’m not sure. We possibly do and it’s positive, I guess. We don’t just make a Vreid album, we just make good music with our personal touch. 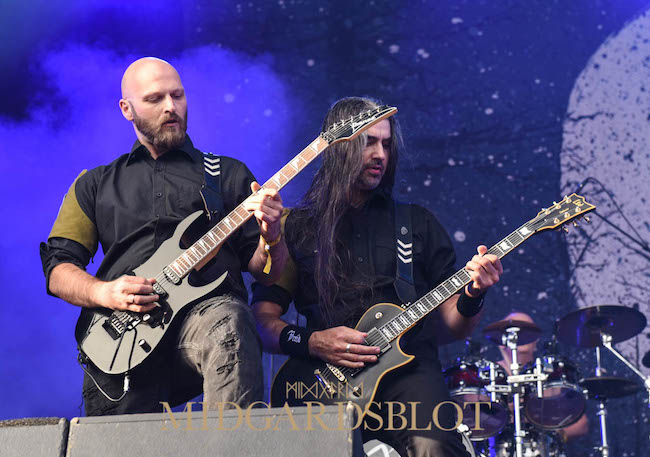 We are planning some 2020 shows. We have 2 or 3 festivals confirmed, but we have not announced anything yet. I guess we are going to announce it in early autumn. We hope to come back to the US maybe and do some shows again before autumn next year. Hopefully go back to Japan and Asia. It might be also another European tour — probably it will because we usually do two European tours for each album

I think it’s really cool that people love what we do. I hope to see as many people as possible on the road, and keep supporting metal.

One Response to “AN NCS INTERVIEW: VREID”