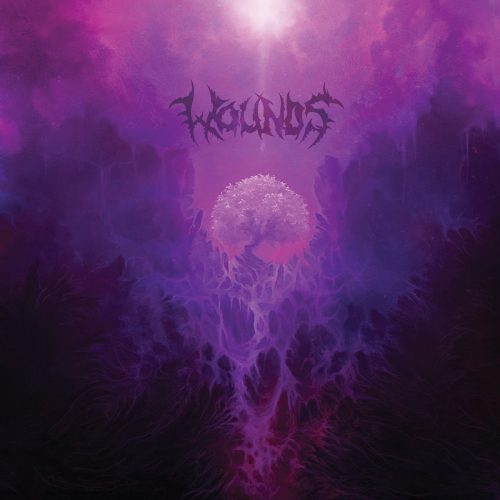 In April of this year Everlasting Spew Records released the debut EP (Light Eater) of the Chicago quartet Wounds, which presents five tracks of technical death metal that not only manifest impressive dexterity and turbocharged energy but also succeeds in delivering skull-busting grooves and resonant melody. What we have for you today is the premiere of a playthrough video of one of those songs — “Metamorphosis” — which features performances by Wounds guitarist Rick Mora and bassist Franco Caballero.

In the video you’ll also hear the adrenaline-fueled work of drummer Nate Burgard, though not the vocals of frontman Norman Hale (we’ll give you a different way to experience his vocals after the video stream). 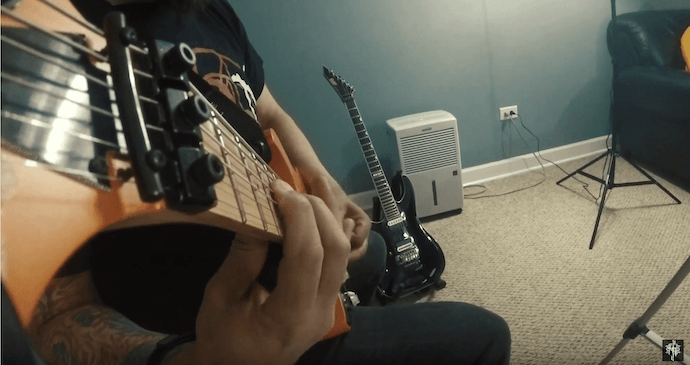 “Metamorphosis” turns out to be a dynamic affair, but the initial impression is a furious flurry of spidery fretwork, jolting bass notes, and hyper-blasting drum fusillades, with bursts of seething string savagery in the midst of all the darting and skittering extravagance. The song becomes a mix of berserker mayhem and thuggish pummeling, of jarring slugfests, jittery mania, and cold, circle-saw cutting — with a bit of mid-paced jackhammering and a slithering yet soulful guitar solo in the mix for good measure. And in that slower, solo-led movement near the end, the band create a sense of emotional moodiness that tends to stay with you after the song concludes.

Everlasting Spew recommends Light Eater for fans of Psycroptic, Soreption, Arkaik, and early Decapitated. The EP, which features memorable cover art by Sam Nelson (Stigma Art), is the prelude to the band’s forthcoming debut album on the same label, and it’s available now on CD and digitally.

We’ve included a full stream of the EP along with this new video so you can check out the full band and all five of the new songs.