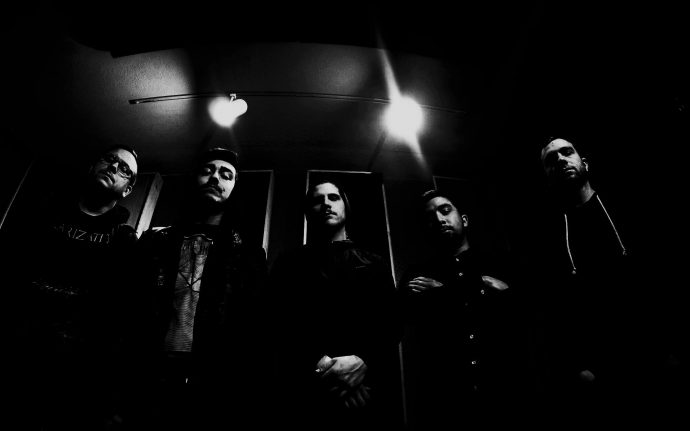 (In this August edition of THE SYNN REPORT, Andy Synn writes of all the albums released by the California band Wrvth, including a review of their most recent album, No Rising Sun, released on August 23rd by Unique Leader Records.)

Recommended for fans of: Fallujah, The Faceless, Bosse-De-Nage

It’s always sad to see a band hanging up their boots just as it seems like they’re hitting their stride. Such is the case with Californian Technical/Progressive/Post-Death Metal crew Wrvth (pronounced “Wrath”, not “Ruth”) who released their fourth and final (and finest) album just last week, before all going their own separate ways.

Beginning life as a much more straightforward Technical Death/core group and operating under the lengthier sobriquet of Wrath of Vesuvius, it wasn’t until 2015, when the band changed their name, upgraded their sound, and released their career-redefining eponymous album, that they really came into their own, having developed a new approach that was simultaneously both atmospheric and aggressive, chaotic and cathartic, ambient yet angular, and which they would go on to refine to near perfection on this year’s No Rising Sun. 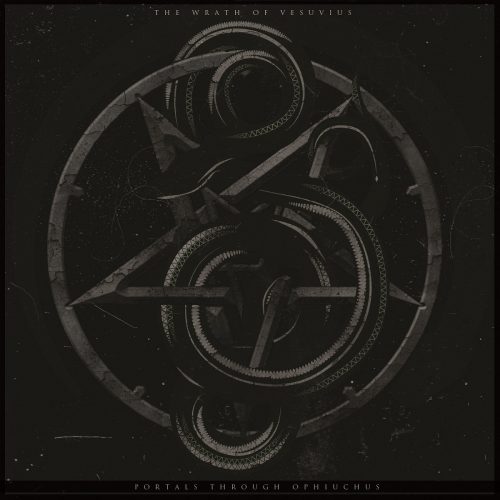 The band’s first full-length, recorded under the name Wrath of Vesuvius, firmly situated them in the middle of the Tech/Deathcore divide. But while the group weren’t yet quite ready to stand out from the crowd in the way they would a few short years later, that doesn’t mean that Portals… isn’t worth listening to.

Opener “Doomed to Ignominy” has a chaotic, almost mathcore-ish vibe to it, constantly surging and spasming and flinging itself in unexpected directions, the band experimenting with scratchy dissonance, atonal, jazz-injected technicality, and warped synthscapes alongside the expected array of massive breakdowns and metallic shredding.

“The Final Reich” is faster, more focused, and more succinct, and what it lacks in experimentation in more than makes up for in pure energy (as well as some surprisingly headbangable hooks).

This extreme energy carries across into “Aftermath”, although here the band are more than willing to throw a few curveballs now and then, matching the song’s occasional drop into a humongously heavy breakdown with periodic passages of moody melody and proggy ambience, after which “Manipulative Delusion” embraces the prog side of things even more strongly, while also doubling down on the Deathcore devastation, resulting in a song that’s by turns both the most psychedelic and yet utterly punishing track yet.

“Destroyer” is 04:42 of Tech-Death riff-wizardry and brutal vocals, shot through with enough proggy twists and exotic melodies to make The Faceless green with envy, all culminating in a moody, piano-led finale, followed by the similarly prog-tinged (and aptly-named) “Instrumental” which bridges the gap into the OTT assault of “Perception of Time”, whose rapid-fire riffs, chunky breakdowns, and slightly djentrified Deathcore grooves are balanced out by some impressively nimble and nuanced (not to mention melodic) fretwork during the song’s mid-section.

Concluding with the unexpectedly atmospheric (but still crushingly heavy) strains of “Descendants of the Fallen Star” – a song which, in just under four-and-a-half minutes, lays the groundwork for the band’s future transformation – Portals… may not have changed the world at the time it was released, but it’s clearly a strong debut, with a lot of nascent promise and potential, from a band whose future was as yet unwritten. 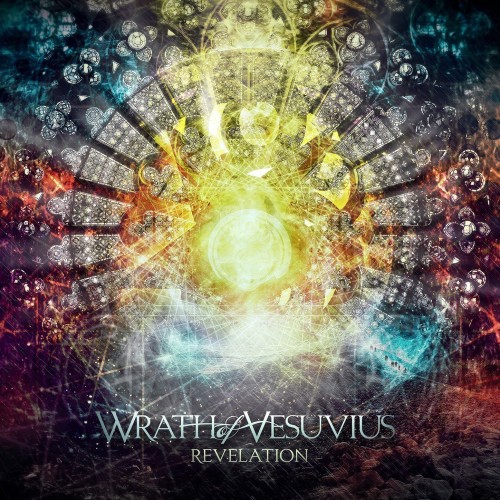 On introductory track “Dirge of the Valiant”, the Cali quintet immediately double-down on those comparisons to The Faceless which their previous album had engendered, not just melodically but riff-wise too, with the subsequent title-track going even further into the realms of pure Tech Death, unleashing a torrent of agile, finger-flexing guitar work and rippling bass lines, as well as some knowingly proggy twists and turns.

“At Wit’s End” retains a little more of that early, ‘core-esque chuggery, but the lightning fast footwork and rapid-fire blastery of drummer Joseph Serrano goes a long way to ensuring that the song never falls into a “seen it, heard it” rut, while “Regarding Unity” provides a similar showcase for bassist Taylor Preston, who matches his riff-slinging comrades note for note and shred for shred no matter how tortured or convoluted things get.

“The Light Once Sought After” once again highlights the band’s increasingly atmospheric ambitions, and gives further hints towards their future development, while the gravel-throated vocals, skittering leads, and chattering chuggery of both “Swarm of Locusts” and “Somber Silence” recall the very best moments of early Fallujah (from before they went down their own more proggy path).

And while the instrumental strains of “Sirens” don’t necessarily add much to the overall picture, they do provide a welcome breather before Revelation closes with two of the album’s (and the band’s) best tracks, “Currents” and “Grievance”.

The former is a kaleidoscopic arrangement of beauty and brutality, equal parts melodic and metallic, that finds the band painting with practically ever colour in their musical palette, while the latter leans harder into the proggier side of the band’s repertoire (without sacrificing heaviness), with a greater focus on flow and texture than we’ve seen from them before, in a way that makes the song’s nearly nine-minute run-time seem like it passes by in the blink of an eye.

With a new vocalist, a new(ish) name, and a new outlook, the band’s eponymous 2015 album was, in hindsight, clearly the moment they attempted to definitively separate themselves from the pack.

It’s not just down to a change in vocalist/vocal style (moving to a much more emotive, almost Post-Hardcore-ish, howl) either. The increased use of ambient elements and the much more slow-burn approach to songwriting also marks a major shift in how the band have approached things this time around.

Opener “Harrowing Winds”, for example, simmers rather than explodes, and even when it does first catch fire, it opts for a slower, moodier pace than fans of the band’s earlier material might expect. That’s not to say it doesn’t have its more technical moments – guitarists Jeremy Larsen and Marcus Vasquez can still shred it up with the very best of them – but the song’s foundations are built more around a complex layering of riffs and rhythms and melodic lead lines which are designed to be greater together than they are individually.

“Malaise” goes even further, contrasting lengthy passages of spacious, atmospheric ambience with denser, more intense moments of furious metallic riffage, in what amounts to a much more extreme variant of the classic “quiet/loud” dynamic, with special praise reserved for the brooding bass work of Taylor Preston and the dramatic vocals of Thomas Vasquez, whose work helps to ensure that the balance between “progressive” and “aggressive” is maintained no matter what.

“Ongoing Dissension” (which follows swiftly on from the short instrumental interlude of “Looming Sigils”) is a bit of a throwback, with more emphasis on punishing percussion and tech-tastic riffery, however “Endless Haze” feels like a major step forward, with the band moving into doomy Post-Metal territory (intercut here and there with moments of furiously frantic fretwork) as if they were born to it.

“Lured By Knaves” resurrects some of the churning nastiness and savagery of the group’s first two albums – a good chunk of the song sees the band going utterly hell for leather without restraint – but also signifies the album’s shift towards an even more proggy approach, with the sudden appearance of some unexpectedly noir-ish saxophone indicating that the band have several more tricks up their sleeve.

It’s a smart move for the band to sequence a lot of their proggier material towards the second half of the album, as it allows for a more natural sense of progression for everyone involved.

Case in point, the mix of brooding ambience and blazing blastbeats which characterises “Forlorn” has a much bigger impact precisely because you’re more aware of what the band are capable of, and willing to do, in order to expand their sound, while the more straightforward and energetic “Larkspur” contrasts nicely with the intricate instrumental invention of “Amber Glow”.

The band one again save some of the very best for last though, as both “Into Bloom” and “Cease to Exist” are near perfect examples of the group’s strange amalgamation of styles – Tech-Death meets Post-Metal meets Post-Hardcore meets Prog – and showcase Wrvth at their most furious, focussed, fascinating best. 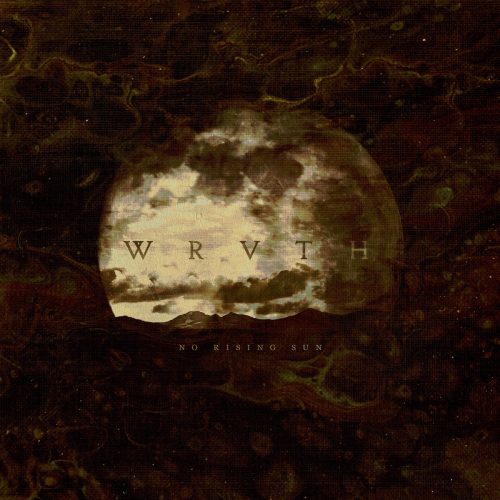 If the last couple of tracks from the band’s previous record didn’t clue you in, Wrvth’s swansong album is even more of a moodscape record than anything they’ve done before. This is made immediately clear on opener “Eventide”, where the more technical and deathly sides of the band’s sound are downplayed, and the more progressive and Post-Metal aspects pushed even more to the fore. That’s not to say it’s lacking in power or complexity – the rhythms are as smart and as sharp as ever, and the riffs still pack a hell of a punch when they need to – but the melodies are more incisive, the atmospherics more engrossing, and the whole album just feels more collected and cohesive (and stronger for it).

The heavily metallicised Post-Hardcore/Post-Metal vibes of “Pirouette of Hysterics” are driven by a galvanising performance from drummer Joseph Serrano, whose keen ear for a clever percussive pattern enhances every twist and turn of the track, moving from calculated chaos to soothing ambience to neck-wrecking groove with incredible precision, after which “Calcified to Stone” provides a calming instrumental lead-in to the much more ferocious “House of the Centenary”, where the band’s captivating blend of seething rage and soothing atmospherics reminds me quite strongly of Fallujah’s most recent (and most divisive) record.

And while “Undertow” finds the band embracing their Post-Rock/Post-Metal aspirations even more, it pales in comparison to the brooding minimalism and blasting maximalism of “Enshrined”, which is arguably the most sonically dynamic (and, at key points, utterly devastating) song the band have ever written.

The opening to “Headstones” is all glistening melodies, pulsing bass lines, and subtly proggy percussion, laying the groundwork for the latter stages of the track, which cut back and forth between raging catharsis and poignant introspection, after which the epic “Dust and Moonlight” provides the ultimate slow-burn across nine minutes of hauntingly hypnotic Post-Rock/Metal majesty.

Penultimate track “Abstraction” uses shimmering guitars and some surprisingly jazzy, progressive interplay between bass and drums to keep the listener guessing right to the end, at which point the album concludes with the mesmerising mix of Post-Metallic menace and melody that is “Furrows of a Dying Tree”, which provides a more than fitting epitaph for a band whose development over the years has been an absolute joy to experience.