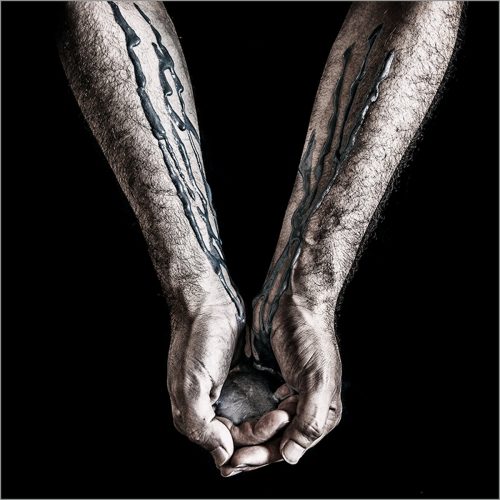 We’ve been following the creations of the Spanish avant-garde black metal band Mystagos (formerly known as Chains Ov Beleth) with great interest since discovering the first two advance tracks from the band’s 2017 debut album Ho Anthropos Tes Anomias. Ultimately, we reviewed and premiered a full stream of that remarkable and multi-faceted musical tale of metaphysical divination. We also reviewed the fascinating follow-on EP by Mystagos, 2018’s Pvrvsha, which presented a changing patchwork of sensations that ranged from the harrowing to the surreal, though there was really almost nothing about the music that seemed commonplace or grounded in what we perceive as reality.

Now Mystagos has completed a new album named Azoth, which will be released on September 30th by the Spanish label BlackSeed Productions. Offered the opportunity to premiere a track from Azoth, we leaped at the chance. The new song “Ritual” is the one we bring you today. 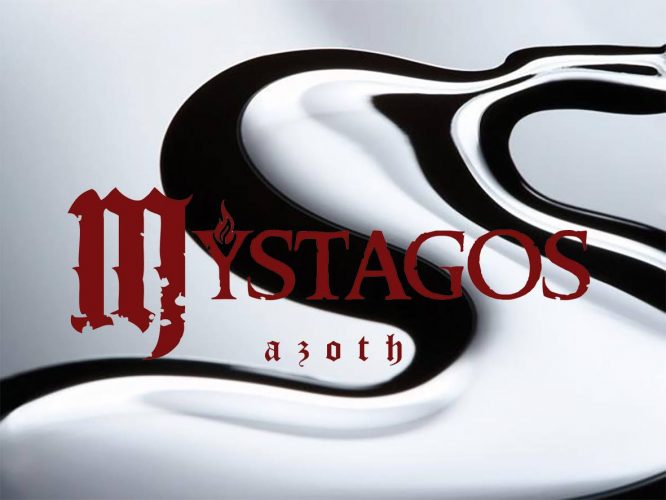 Each of the releases of Mystagos, including this new one, has been a conceptual exploration of mystical and spiritual concepts of an arcane nature. As explained to us:

“AZOTH, the ever-changing Mercury, is the bridge through which invisible and immaterial consciousness can be placed within and reside in matter. In Search of the Stone, alchemists often referred to Mercury as Argent Vive. Under this pseudonym, Mercury was recognized in its metallic form as quicksilver. Its union with the masculine metallic seed / Sulfur, would in time coagulate into a new form of metallic matter, a red powder – the famed philosopher’s stone.

“AZOTH is Mystagos‘ Argent Vive, an aural attempt at the philosopher’s stone. An ever-changing flow from fast to slow tempos, from the mystical to the mundane. This is Mystagos‘ most experimental and diverse record to date, coagulating decades of work into one album”.

There are indeed alchemical qualities in “Ritual“. It transforms from intense, ravaging tumult to stately yet still-tension-filled reverence, from chant-like clean vocals to mind-scarring snarls and vicious growls, from unnerving delirium to the kind of pulse and punch that gets the head moving. The whirr and whine of the riffing at speed is unnerving, and in slower movements becomes hallucinatory and radiant.

There is a sense of misery and desperation in the music, along with moods of striving and experimentation, of  yearning and madness. Throughout, the song is transfixing, even though it’s persistently unsettling. It also makes for a very intriguing introduction to Azoth, leaving us eager to discover what comes next.

Azoth was produced at the Empty Hall Studio, and the cover art was created by Heresie Graphics. For more info about the release and how to obtain it, keep an eye on these locations: