We’re concluding a round-up of new death metal we began here earlier today. All of the following songs come from albums set for release in the coming weeks.

This first selection, “Flame of Primordial Essence“, is one of nine tracks on Novus Lux Dominus, the debut album by the Spanish band Orthodoxy, whose line-up includes members of Domains, Profundis Tenebrarum, and Whoredom. It’s a successor to the band’s 2015 demo, Shaarimoth, which we praised here. 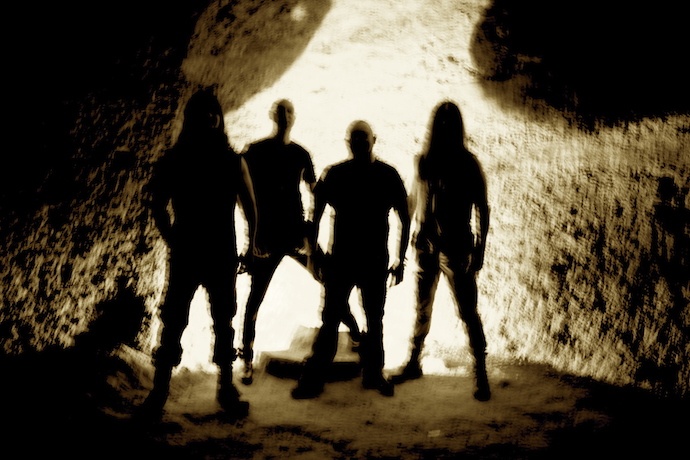 The advance press for the album characterizes it as “an alternately hypnotic and disruptive spell… haunting and crushing in equal measure”. “Flame…” is certainly disruptive — immediately. The battering drums, furious, writhing riffs, and an insane burst of soloing assure that effect. The vocalist’s tyrannical, blackened snarls enhance the music’s aura of sadistic savagery. When the full-throttle fury abates to a stomping lurch, the music becomes queasy and sepulchral — sadism of a different and more oppressive variety. The soloing when the slowing happens the first time is still unhinged, but preternaturally eerie. The song sends shivers down the spine from beginning to end.

Novus Lux Dominus will be released on October 31st, on CD, vinyl LP, and cassette tape, by The Sinister Flame (Finland). It will be distributed by Dark Descent Records in North America. 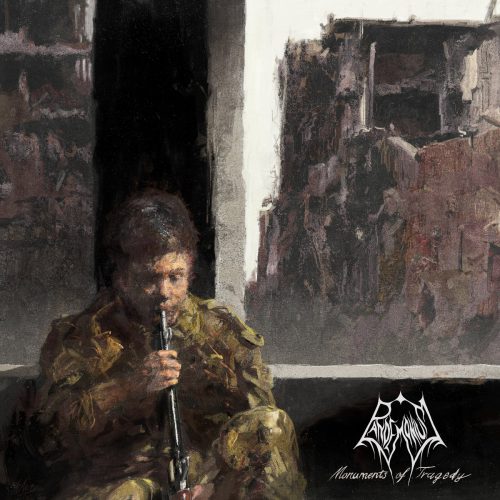 This next song (and video) have been out in the world since last year, but I just discovered it thanks to a recommendation from my erstwhile NCS colleague TheMadIsraeli, who drew parallels to The Monolith Deathcult. It’s by the Swedish band Pandemonium. It appears that the album which includes it, Monuments of Tragedy, was originally projected for release in 2018 by Dead Exit Records, but is now going to be released by Black Lodge Records on August 30 of this year.

“And Death Was the Way” is stupendously heavy and ravaging, amalgamating sensations of harrowing delirium and impending doom (sensations matched by the travails of the lone soldier in the video). The band couple braying chords and flickering arpeggios with strands of melody that are both gloomy and soaring, bursts of hammering groove, and scintillating soloing. The vocals, which range from nasty growls to livid screams, magnify the music’s full-throttle intensity.

There’s a second song from the album, “Necromania Unleashed“, on the Black Lodge Bandcamp page for the album. This one also drives hard and fast, but succeeds in creating a conjoined atmosphere of foreboding and grief in the midst of all the bullet-spitting drum-work and heavy-weight riffing. Bits of darting keyboard work come in unexpectedly, leading into an almost dreamlike, swinging melody. Elements of tragic grandeur rise up, backed by swirling and shimmering keys, and the flickering riffs contribute to a growing feeling of wild delirium. It’s an extravagantly multi-faceted track that left me wide-eyed and anxious to play it again, just to try to better wrap my mind around everything that happens. 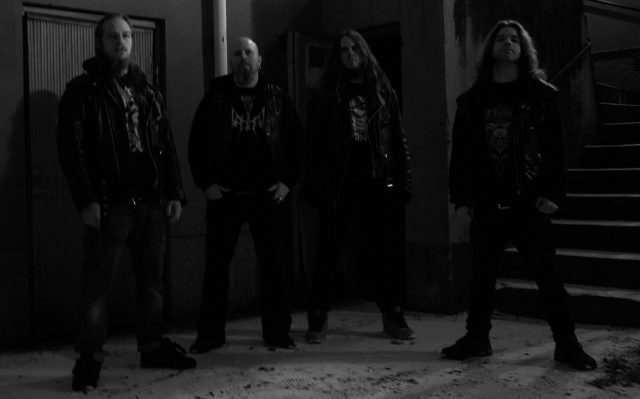 To close today’s two-part death metal round-up I’ve chosen a song from the debut album of yet another Swedish band, Nekrosity. The album is Void Gazer, and the song is “Insemination of the Forgotten“.

Slow, ringing tones and doom-y chords introduce the song, but that intro proves to be a big head-fake when the song erupts in a torrent of battering drums and blazing chords. Fleet-fingered fretwork and bestial howls contribute to the feeling of rampant mayhem, which surges even further into the red zone behind the propulsion of a flame-throwing solo. The tempos in the song continue to vary, slowing into morbid stomps and accelerating behind new fast-jabbing riffs and ferocious work by the rhythm section. At the end, when the band reprise the music from the intro, it no longer sounds like such a divergence — you realize how well everything in the song has been integrated despite all the dynamic changes that have been occurring.

Void Gazer will be released by the Swedish label Growls from the Underground. A CD edition will be released this coming fall, and a vinyl LP version will become available during the winter. The album is recommended for fans of Autopsy, (old) Morbid Angel, Slayer, Death, Grave, Repulsion, (old) Entombed, Bathory, Asphyx, Celtic Frost, Goblin, and Necrophagia.

GROWLS FROM THE UNDERGROUND:
https://growls-from-the-underground.myshopify.com/