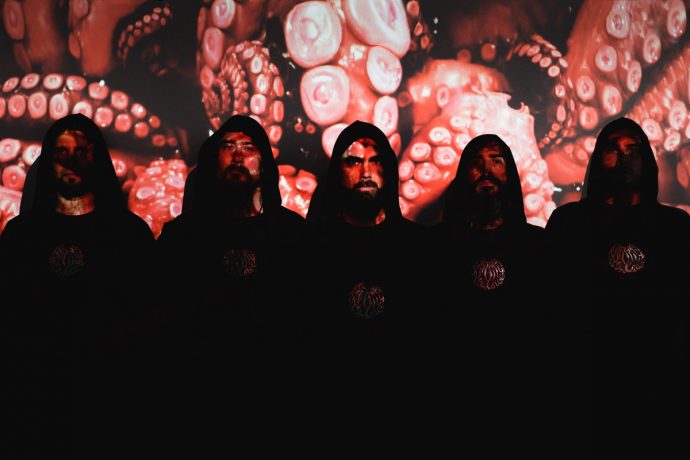 (Our Norway-based contributor Karina Noctum brings us this new interview of Benjamin Guerry of the French Lovecraft-inspired post/black metal band The Great Old Ones, whose new album Cosmicism is set for release on October 22nd through Season of Mist.)

I’ve been a fan of The Great Old Ones ever since they released their very first album, Al Azif, in 2012. I really like their elegant (the French way) atmospheric Black Doom Metal. Their latest album, Cosmicism, is pretty sinister and able to take you right to the Cthulian mood of despair and misery in a long journey. I have listened to TGOO while journeying through desolate, barren, and frozen landscapes, so I have had time to reflect about the mood and the Lovecraftian theme, but even if one can’t really experience the music in such an environment, one can certainly imagine it.

Cosmicism is a fine example of what Lovecraftian-inspired metal should be like in terms of how to convey the right mood. It is pretty much a showcase of the band’s talent and of the experience gained throughout the years in weaving atmospheres and experimenting with mixing genres and varied tempos. It was thus a pleasure to exchange questions and answers with the band’s vocalist/guitarist Benjamin Guerry:

What are the most important differences between your latest release and previous releases?

BG: Cosmicism is in continuity with our previous albums. But we have tried to offer more varied, more epic music by making each song tell its own story. We put ourselves in with no barrier, and tried to push our limits. We are very proud of this album.

Who produced the album? (And why did you choose that particular producer?)

BG: Francis Francis from “Studio Sainte Marthe” in Paris produced the album. We wanted something different from EOD, our previous album. The work that Francis did on the albums of other bands really pleased us, and we felt that he was the right person to capture the essence of Cosmicism. And we are very satisfied with the result. The sound is powerful, while being very natural, thus respecting the ambiances of our songs.

In which ways do the lyrical themes of Cosmicism relate to the Lovecraftian world that has inspired the previous albums?

BG: Since the beginning of the band, all our albums are based on Lovecraft’s works. Tekeli-li, our second album, is a direct adaption of the short story “At the Mountains of Madness”. EOD, our previous album, is a sort of sequel of “The Shadow Over Innsmouth”. The concept of our new album is a little different. We didn’t want to make the same things as before, and we wanted something more varied. Each song of Cosmicism is linked to a Lovecraftian entity, and tells the story of a protagonist who will meet it. Of course, all these stories are directly inspired by Lovecraft’s works, except for “Lost Carcosa” which is mainly based on “The Yellow King” of Robert W. Chambers.

How have your personal music preferences helped shape TGOO’s music?

BG: Of course we have our influences, the bands we love, the music we listen to every day. It can be cult bands like Emperor or Enslaved, more recent things, or movie scores. All of this has an impact on our compositions.

Have you consciously aimed to create a distinct sound, a sound on your own, or has it evolved naturally?

BG: Without wanting to revolutionize the music, we try to propose, to model our own style. But actually it’s a natural evolution, which is done with each album. We have the wish to never offer the same record twice, to try to remain captivating throughout our discography. 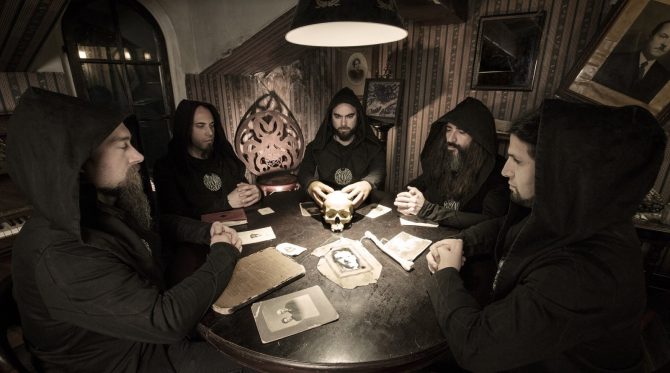 Some songs in Cosmicism give more room for other tempos and a bit more downtuned riffs, but I think it adds a lot to the Lovecraftian mood. How does the process of composing such mood-laden atmosphere come to happen?

BG: I compose almost all the music so it’s a very personal job, at least at first. These different moods come naturally. I would not say that the composition is a kind of trance, but it is in any case a particular moment, shared between the technical notion due to working on all instruments, and a second state based solely on emotions. I usually need to be alone for this. But the definitive music really comes alive when each of my bandmates makes it their own. Everything becomes alive at that moment.

Are there any new techniques or experimental sounds that you have used in the making of the new album? Can you describe these…

BG: Even though there have been many lineup changes, the band’s working technique remains pretty much the same, at least for the base of the recording. However, we took time in the studio on different effects on the bass, sometimes to give it an atmospheric role. I also used analog synths, which I had never done before. We can for example hear this on the last song of the album, “Nyarlathotep”. The goal is absolutely not to use that in all the songs, but as I said, we did not put limits. And when we consider that an element or an instrument helps a piece, we don’t hesitate to use it.

BG: We are working on different tour plans. We will do a French tour in November, but for the moment it’s the only thing I can tell you. The rest is not validated. But we want to play as many places as possible!

What are the biggest achievements for TGOO so far?

BG: To be honest, we are still a young band, so everything we aim for is a new success. Of course, having played several times at Hellfest, playing at Roadburn, having opened for Behemoth, for Gaahls Wyrd, are for us great memories.

But the best is yet to come!

What would you like to achieve with this new album?

BG: Go on tour as often as possible, go to countries we have not visited, play with bands we love, that’s all that makes us want to move forward. We want every TGOO concert to be a real trip for the public. And the evolution of the group’s career allows us, and will allow us, to offer an ever more intense experience.

Are there any particular challenges when it comes to playing live TGOO’s music, which is so atmospheric?

BG: It is a challenge in the sense that the public should not just attend a basic concert. As I said before, we want to offer a real trip, a real experience to our listeners. All elements must be worked out, whether musically, or in terms of lights and scenography. And of course we have to do this according to our financial means, and therefore be very inventive to overcome this. But I do not despair that one day the band is important enough that we can offer the Lovecraftian show of our dreams. 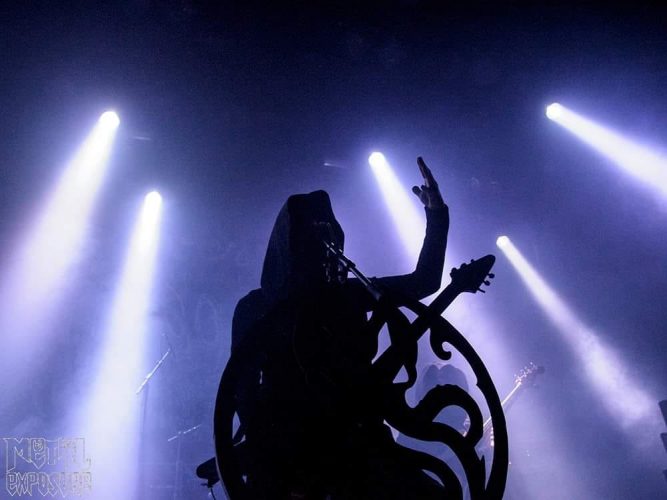 What other sources of inspiration do you use besides Lovecraftian literature?

BG: Lovecraft represents the vast majority of our inspiration. But we can also find it in the cinema, the graphic arts, or other authors like Poe for example.

How would you describe the French Black Metal scene these days, and are there any bands you would like to recommend to us?

BG: The black metal scene has always been prolific in France. But it’s been a few years since the eyes really turned to it. There are more and more bands with a strong musical personality, and some labels working hard to introduce interesting new projects. But I admit I don’t have the most modern tastes in terms of black metal, and I could name Deathspell Omega, or Blut Aus Nord, but I know you already know them!

Which TGOO concert or concerts were the best ones for you and why?

BG: Our last show at Hellfest was an absolutely fantastic experience. There were so many people, and we felt a real connection with the public. I could also mention the last date of our tour with Gaahls Wyrd and Audn at the Eindhoven Metal Meeting. We all went on stage on the last song of Audn, and this closed our tour in the most beautiful way.

Please tell us about the artwork — who made it? Why did you choose that particular artist?

BG: It’s Jeff Grimal who realized the cover of Cosmicism. Jeff left the band a year and a half ago, but because he did all the artworks for the band from the beginning, it made sense to everyone that he was going to make the one for Cosmicism. The future will tell us if we will continue to work together, but he is an artist of great talent, and he perfectly represented the theme of the album.

BG: Thanks for your questions and your interest.

One Response to “AN NCS INTERVIEW: THE GREAT OLD ONES”