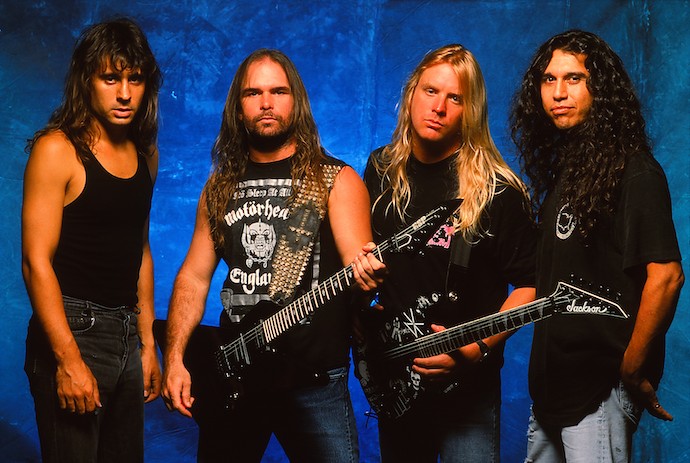 (This is the first part of an extensive series of posts by TheMadIsraeli devoted to a retrospective analysis of the discography of Slayer. With luck, we’ll manage to post each installment on a daily basis until it’s completed.)

I fucking love Slayer. The blasphemous flesh flayers are no doubt legendary in metal’s history and its evolution, for good reason. The speed, sheer technicality, outright viciousness, and the new wave of dark tonality they brought was absolutely, existentially crucial in the birth of what we now know as extreme metal.

However, there’s always been a lot of conjecture around this band. Lots of fluff about legacy, how they influenced metal, etc., but no one (that I’ve seen) has applied a hard critical eye and evaluated this band’s entire catalogue of albums as a work of art. Not as a piece of history, not as an influence, not as an example of innovation, but as an assessment of how Slayer have performed as musicians across their body of  work over time. 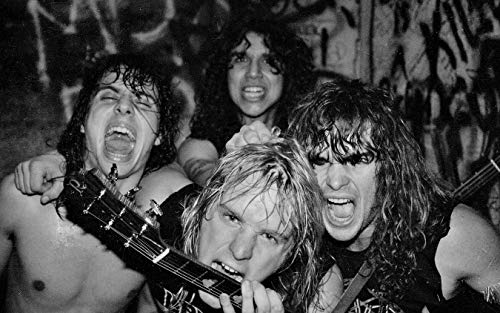 “Higher Criticism” is an occasional series in which I examine a band’s entire discography. I listen to the whole thing back to front and I re-review the entire thing. Here, only full-lengths and EP’s full of totally original material were considered (so any EP that served as just a “what’s coming next” teaser was not considered at all, nor were “singles”).

At the end of this arduous journey I will assemble a list of what (I believe) are the critically five best and five worst albums in their discography. Yes. I will be proclaiming an all-time best Slayer release and an all-time worst one. I’ve been absent from NCS on and off for some time because of personal life issues and career pursuits, but also because I was working on this. I love big projects like this, and decided I’d like to get back to doing these kinds of things. 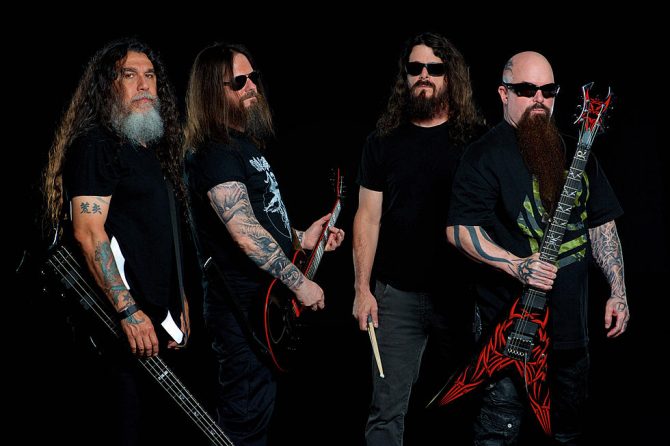 With all that out of the way, part of the Higher Criticism tradition is to give you some context — a summary of where I’m at with the band’s body of work before beginning the review listening. So what you’re reading now is what I wrote back in May before beginning to listen to the albums again. Before that I had mostly abstained from Slayer for some time.

Slayer was a hugely influential band on me growing up. I heard Reign In Blood first, like many of us, and I was hooked on the band’s vicious, technical sound. The speed (a quality I do like in my metal) was a selling point, but I’ve always found the novelty of it on that album being propped as a selling point pretty odd. My tastes have changed and refined a lot since then, and you may be surprised to find out where my allegiances lie in the band’s discography.

I think Slayer is a “half and half” sort of band. Half of their discography is some of the best extreme metal you will ever hear in your entire life, and half is some of the most meandering, misguided tripe, which the fanbase has still bewilderingly eaten up. They were (I’m going to say “were” since the band’s retirement seems nye at this point) not a consistent band by any stretch in hindsight. That inconsistency wasn’t even due to trying new things. Sometimes they just wrote what felt like a lazy album, and the next one would be an absolute masterpiece.

I’m not going to touch on individual album opinions here at all, that’s reserved for the reviews, but I’ll be happy to see where all of you come down with me on this. See you then.