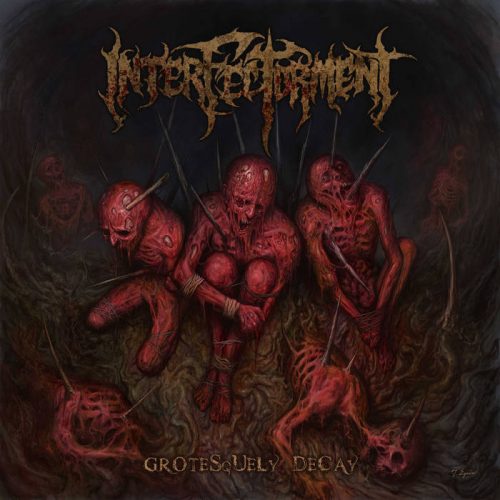 (This is Vonlughlio’s review of the new EP by Indonesia’s Interfectorment, which was released on May 31st by Brutal Mind, and features cover art by Toshihiro Egawa.)

One of the BDM scenes that is well known for their passion, is the Indonesian one. They are an amazing group of fans who support BDM in all its forms and do not hide the happiness this genre brings to them. A lot of bands come from that region, and some are great ones.

Sometimes, with the number of bands who play BDM, it can be hard to distinguish one from the other in terms of sound. Regardless, there are still bands who stand out from that large pack and bring something special. In this case, it’s the project Interfectorment from (Bandung, West Java), who on May 31st released their long-awaited EP Grotesquely Decay via Brutal Mind. 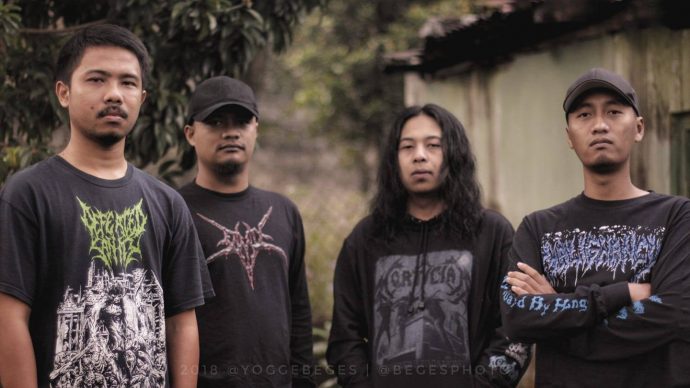 This project was formed back in 2012 and a year later released their debut EP Diorama Teatrikal Pembantaian, a 17-minute slab of just nasty BDM that put them on the map and earned a lot of fans worldwide. It represented the finest work that the IDDM scene has to offer. The first time I heard it, it hit me like a ton of bricks and I became an immediate fan.

After that release, there was not much activity from the band. They released a split and a single, and maybe played shows from time to time. That was a bummer, since it was obvious they had such potential to craft great music that made them distinctive. So after six years we finally have their second EP, and at this point I can say 1) it was worth the wait, and 2) I wish it had been a full-length.

Once you hit play that first song comes in fast and with no mercy!!! Energized blast-beasts with riffs that are like sharp knives and bass lines that are amazing. The vocals are nasty and go hand-in-hand with the savage music. This is an EP that simply crushes with well-structured songs that each has its own light and are varied in terms of how they were developed.  With an organic production, you can appreciate all the instruments and their interactions, and the fundamental role of each performer in creating what has to be one of the best EPs of 2019.

As I said earlier, I do wish this had been a full-length album instead of an EP, because it leaves me wanting more music from Interfectorment. But I can assure you that this effort is nevertheless in constant play in our household, and I will be patient in waiting for new music from them.

I also hope they continue with Brutal Mind, a label established in 2009 in Jakarta, Indonesia, and run by Mr. Deni Lisain. He is very passionate about BDM and not only releases music, but also makes and sells merch of high quality.

Below is the Label’s Bandcamp page where you can obtain Grotesquely Decay, and a full stream of the music: