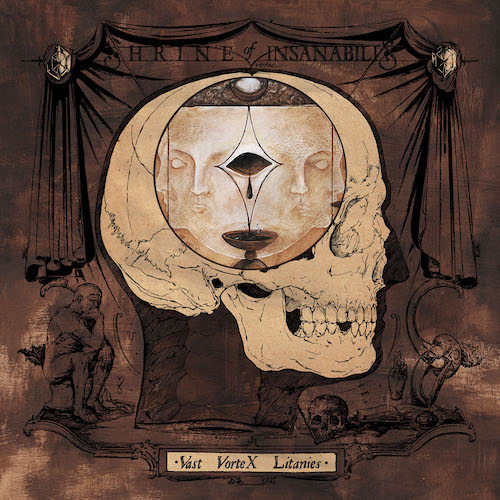 Today W.T.C. Productions is releasing Vast Vortex Litanies, the highly anticipated second album by the German black metal band Shrine of Insanabilis. It has been highly anticipated because the band’s first album, 2015’s Disciples of the Void, was so damned good (and the follow-on EP, 2016’s Tombs Opened by Fervent Tongues… Earth’s Final Necropolis, proved that the debut was no fluke). But Vast Vortex Litanies is nonetheless better than everything that has preceded it — as you’ll discover through the full album stream we’re sharing today.

While the band’s song-writing reveals improved dynamism and the enhanced infiltration of sorcerous melodies, it is the heights of glorious yet frightening frenzy that stand out, and that make the album such a continuously exhilarating experience. 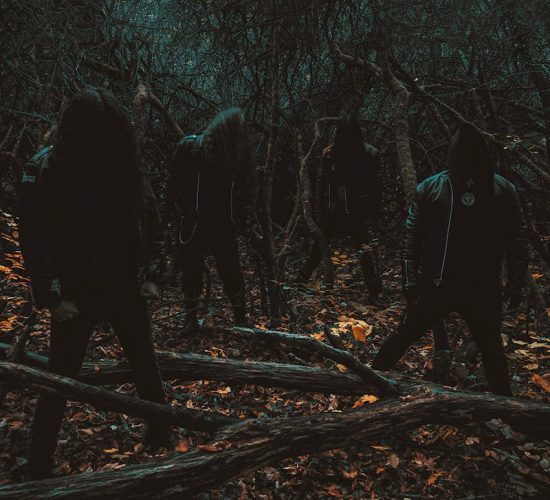 The giant reverberating booms at the outset of opener “Parallax Endeavour” announce that something momentous is afoot, and that proves to be true, in spades. The template is set by what comes next — a torrent of blistering blast-beats and thumping bass notes galore, enveloped in a boiling sheen of rampant riffage, fleet-fingered knife-work chords, and skull-cracking snare blows. It’s an incendiary uprising — part chaos, part revelry, with scorching vocals that make everything even hotter to the touch. The band do dampen the flames with more methodical rhythms and moodier melody, pierced by the peal of a lead guitar that sounds forlorn, and they also send flares of glorying chords toward the heavens.

The track is a heart-rupturing start to an album that’s usually more about firebrand ecstasy and delirious madness than the landscapes of black metal where wintry blizzards and calculated cruelty are the order of the day. The torrential riffing is mainly super-heated, but mercurial, twisting and turning in displays of fierce discord. The drumming is a match for such maniacal whirlwinds, thundering and spitting percussive bullets at high speed, in harness with a bass that resembles the pulse of a sprinter.

The crazed contortions of the riffs, the freakish flurries of the lead guitar, and the pugilistic pummeling of the rhythm section sometimes need a break (or more accurately, we need one), and so the band astutely throw in both slower movements, where more desolate emotions or hints of sinister mysticism are unveiled, as well as start-stop bursts made of groovier beats and more rhythmic fretwork, contrasting with the usual tremolo’d wildfire.

But the most pronounced break in this mad carnival for the senses doesn’t come until well into the album, at the beginning of “Vertex”, where frightening ambient sounds and muttered words create nightmarish visions. This diversion doesn’t last long, although the violent surge which follows is itself frightening in its intensity. The music and the vocals are again fiery, but perhaps even more unhinged than usual in their mood.

A few other episodes of blood-freezing ambient drift are scattered among the songs, and the spooky piano intro of “Invisible. Infinite. Inexorable” qualifies as another digression from the main line of the album — which gets into the blood stream like mainlining a cocktail of adrenaline and hallucinogens. And to be sure, there’s other scary stuff to be found within Vast Vortex Litanies, not least of which is the utterly dismal and diseased intro to the album closer, “Verdict”, and the final minutes of that last track as well.

There’s also something scary that happens when the band are flying at the heights of frenzy and freakishness, when the vocalist surrenders himself to sky-high tortured cries, when the rhythm section really give it the gas. There, what we experience is the thrilling fearsomeness of devilish, hell-for-leather lunacy that burns through the hurtling momentum. That’s what makes this album memorable. That’s what causes a listener’s pulse rate to elevate just thinking about going back to it for one more wild ride. In retrospect, it’s hard to conceive of a better title for this album than Vast Vortex Litanies.

Now go press play below, if you haven’t already, and experience all the thrills and chills for yourself. 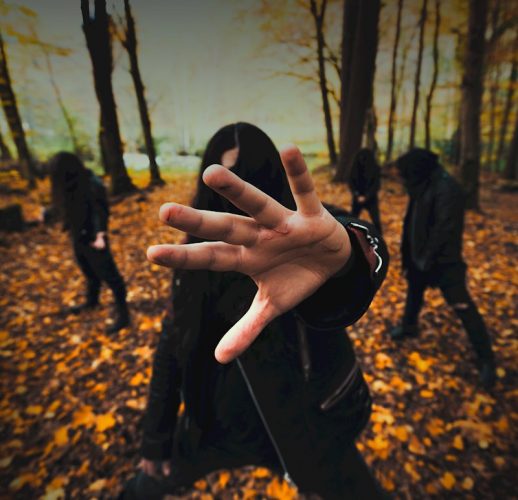 The album was produced by Shrine of Insanabilis, and it was mixed and mastered by Tore Stjerna at Necromorbus Studio. The cover art was created by Dávid Glomba.

W.T.C. Productions is releasing the album on digital CD, in a trifold LP edition, and digitally. Please note this announcement today by WTC:

“Since there was a problem with the Die-Cut stamp during the manufacturing and the Band and us decided to stick to the original plan, instead of changing anything in the layout etc., we expect the Digipak CD to be delivered in a couple of days, with the vinyl version to follow in late November. There won’t be a pre-sale, we will announce the arrival here right away then.”

One Response to “AN NCS ALBUM PREMIERE (AND A REVIEW): SHRINE OF INSANABILIS — “VAST VORTEX LITANIES””