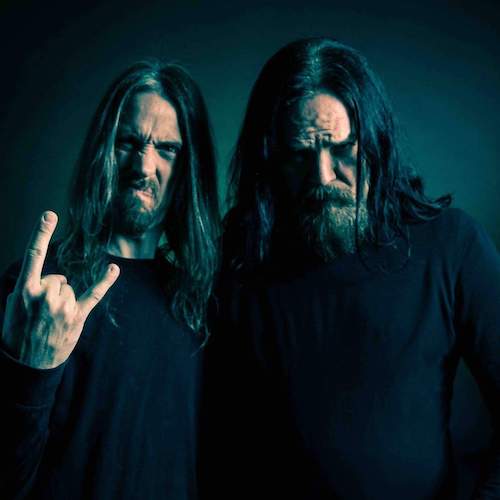 I was lucky enough to get to talk to Anders Odden, who founded the band. This interview covers pretty much everything you need to know about Cadaver and their place in metal history, and includes some information about the new release to come.

Let’s talk about the history of the band for those who do not know much about it.

Cadaver was formed by me (Anders Odden) and Ole Bjerkebakke (drums) in Sept 1988. We came from a failed Black Metal project named Baphomet that never worked out. We wanted to be more diverse than strictly black metal and settled on a formula with Thrash and Death Metal influences combined with more progressive ideas from bands like Voivod or plain insane stuff like Napalm Death.

We got signed to Necrosis Rec run by Carcass members Jeff Walker and Bill Steer in 1989 and recorded what was to become the first ever Norwegian Death Metal album, Hallucinating Anxiety, released in December 1990. We had some lineup changes and went in a more “mature” direction with the second album (now on Earache Records), …In Pains, released in September 1992.

We played many shows, mostly in Scandinavia, but toured the UK for three weeks in May 1993. By this time the whole Norwegian Black Metal movement took over the headlines and things became weird for us. Our bassplayer was 10 years older than me, and the drummer wanted to make more money with music than we could offer, etc. We went on hiatus and the last thing we did was a small strange tour in Switzerland in 1995 (!)

In 1999 I reformed the band as Cadaver Inc. and we had a good run touring with Morbid Angel and E.N.T. among others in the early 2000s. I changed the name back to Cadaver in 2003 and we toured Europe with Mayhem in 2004 before we imploded, again.

I have now learned that having a band of 3-4 people who must plan to do things together all the time is harder the older you get, so now when I reformed the band again I have decided to let it be a duo (me and the drummer, Dirk Verbeuren) as the only members and everybody else is session players. This way I can have a USA Cadaver and a European Cadaver and play many more shows wherever we want, without all the insane cost (flights, visas, etc.) that make it harder and harder for underground bands to perform outside their own part of the world. 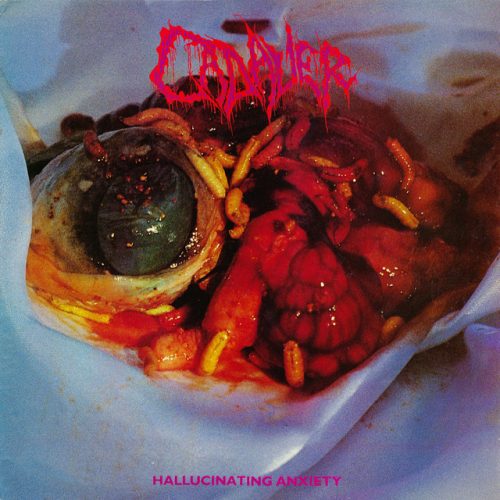 Tell us about the audience type you got as a Death Metal band, and did it change after Black Metal got infamous?

We had an increase in audiences all throughout our career in the early ’90s. Cadaver managed to cross over to people into punk, rock, hardcore, etc, too, so we didn’t look at black metal thinking of “we should go back to black metal now that it became more popular”. We were always a band that “everybody” could relate to. We just imploded — mainly because our drummer, Ole, was fed up on playing drums and singing. In hindsight I should have stepped up and learned myself to play guitar and sing at that time, but I was very young and the other members in the band were older than me and I never got my chance. So, it’s great to be able to do this now and make things right.

How did you get signed on Earache in the beginning?

Through Jeff Walker (Carcass) — he got a rehearsal tape from me in July 1989 and offered us a deal right away to his label, Necrosis Records. We immediately started to write more songs and rehearse to record Hallucinating Anxiety — and by the time we delivered the master tape, Carcass and their Symphonies of Sickness did so well that they sold their label to Earache. This is how we ended up there. As this led to a long delay for the album to get released, my only regret is that we didn’t record it all in the autumn of 1990, as we became a much better band fast — but what was done was done.

Why did you feel the need to re-brand and call yourselves Cadaver inc. ?

In 1999 this felt very modern and went along with the biggest internet scam to date at the time. We had a website that was like a professional murder clean-up service where you could apply for an alibi to murder, sign up to work for us, etc. We had a hot line 1-866-BODYBAG where tons of people called in. It was a lot of fun and could never have been done today. It’s my curse — to be 10-15 year ahead of my time. Someone has to do it.

What do you think of the sort of old school sound revival in the Norwegian scene? There are lots of young musicians going the old school way….

I do not know much about the new scene. I know Obliteration, that’s it. I like them.

How do you prepare to play live? Do you rehearse a lot?

We rehearse as much as we can. I rehearse every day.

Why did you leave Earache?

They are my generation’s version of Noise Records in Germany. Anyone who had anything to do with them had nothing good to say about them. I do not think they are worse than other labels who are bad, it’s just that they fucked over so many big bands for no reason, that is their legacy. 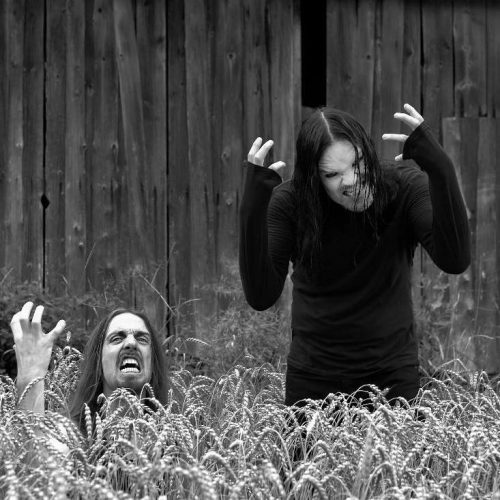 What are you doing these days when it comes to other musical endeavours?

I do not do much else but Cadaver right now. We have some shows with Order too, and a new album in the making down the road, but it’s mainly Cadaver.

Why is the Inferno Fest “sightseeing bus” conference not running anymore?

I stopped doing it when I realized I did it for my own self-therapy. The whole history of Norwegian metal is out there in so many versions now that I do not feel like contributing with my views anymore.

Where are you going to play after this show at Hellbotn festival?

We are playing a local show near my home town called Mossfest the 5th of October. After this we will have some shows in Germany and Switzerland (it looks like now) and then the big show at Decibel Fest in L.A. the 13th of December.

Will the live line-up change for future shows?

Yes — Dirk and I will be the only two members of Cadaver and we will have skilled players to join us on stage for the full live performance.

Are you preparing some special merch before the next live shows?

We will make more different kinds of merch, there are plans for a full range of stuff coming out. 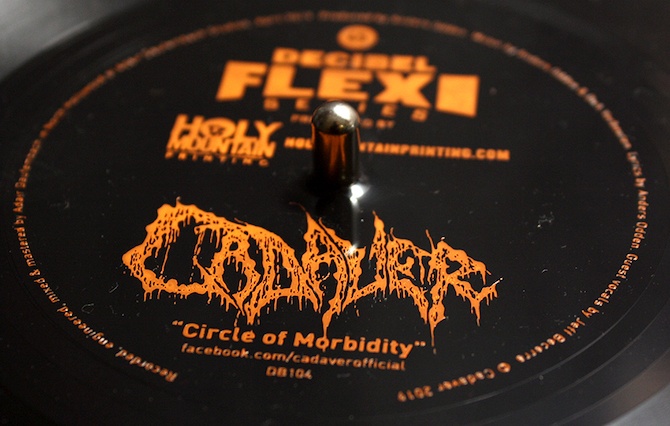 Have you recorded many other songs for the new album, and why did you choose the single “Circle of Morbidity”? Does it represent the sound to expect from the new album?

We have recorded and mixed 13 new songs for the coming album. “Circle of Morbidity” felt like the most natural single at the time, but I can assure you that we have plenty of different songs to launch. It’s a big pile of work coming out.

When is the new album going to be released?

I will have to take most of the producing credits, but without the collaboration with Dirk on song-writing and everything else there would not have been a new album.

About the new album, through which labels is it going to be released?

That will be revealed soon.

Will Jeff Becerra contribute more on the album?

No. But maybe we will work on things in the future. He is one of my biggest inspirations when it comes to vocals and music in general so I am super-proud to have him on our new album in itself.

One Response to “AN NCS INTERVIEW: CADAVER (ANDERS ODDEN)”