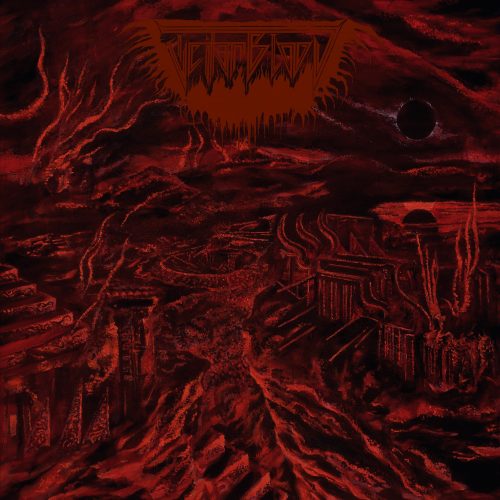 Having impulsively decided this past weekend to write about two albums whose releases I had been eagerly anticipating for many months, I felt a temptation to compare them, even though that would be like comparing apples and oranges. Both of them are very good, but the two bands occupy very different niches in the extreme metal underground, and one of them (the creator of the album I reviewed in Part 1 of this post) is constantly re-defining its niche. The other one, Spain’s Teitanblood, hasn’t remained static either, but the changes have been less adventurous. And to be fair, their career is much shorter, with three albums to their name now, compared to more than a dozen for Blut Aus Nord.

Rather than transforming themselves, Teitanblood have just gotten better. In fact, their new album, The Baneful Choir, is their best work yet. And we’d better bask in its savage glories as completely as we can, because if the band follow the pattern they’ve now established, we won’t see another Teitanblood album until 2024. 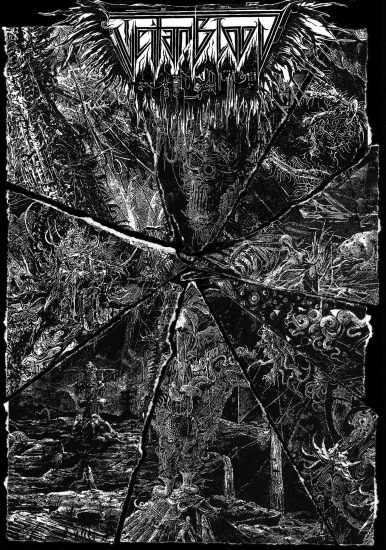 I haven’t lived with this album as long as I have with Hallucinogen. Back in March Teitanblood hinted that a new album would be released this year, and in mid-September made an official announcement of its October 18th release date. And then it was released on time (by Norma Evangelium Diaboli), but without tracks revealed in advance. We did get a promo for the album, but only a couple of days before the release, and I didn’t have time to listen to it then anyway.

But even a relatively brief companionship with the album is an eye-popping experience. Over the course of 11 songs and 52 minutes Teitanblood run the listener through a gauntlet of sonic terrors that range from blood-freezing ambient collages to equally blood-freezing assaults of unmitigated violence, with episodes of methodical, crushing power and queasy, narcotic hallucination sprinkled in between.

Cruel buzzing chords and freakish, tortured arpeggios combine to create sickening harmonies, eruptions of lunatic frenzy, and pulsations of disease vectors spreading like wildfire. The drummer delivers gigantic booming tones that go off like bombs, batters like a pneumatic human pile-driver, and gallops like hell-horses in harness goaded by the whip. The vocalist channels shrieking horrors and sadistic tyranny. The sound is dense and abrading, geared toward unsettling the senses and implanting ruinous visions of mayhem and madness in the mind.

The band achieve heights of chaotic mauling and incendiary insanity that are breathtaking, with crazed, spit-fire solos spurting from the surrounding percussive tumult and vocal monstrosities like lightning-fast apparitions in the midst of twisting tornadoes. Were it not for the changing drum patterns, tempo shifts, and the subtle rhythms of blaring, defiant chords and flesh-razoring riffs, some of the more maniacal songs (and honestly, most of them are maniacal) would risk careening off the rails and transforming into an avalanche of wreckage.

Droning tones, tolling bells, infernal chants, void-like shimmerings, and cacophonies of other unnameable sounds also create breaks in the black/death warfare. Those interstitial experiences are, of course, nightmarish. They create unearthly spacings between the aural cauldrons of boiling poison and the whirlwinds of cyclonic destruction, but provide no real reprieve from the album’s determined assault on sanity. Similarly, the band pick their moments to slow down and create moods of ghastly oppression and morbid hopelessness, but that provides no relief either — you’re still running the terrible gauntlet Teitanblood have made for you.

Near the end of the gauntlet, the band throw in a song (“Verdict of the Dead”) that’s not only explosive and electrifying but actually catchy and joyous (in a deranged way), a big head-moving romp that’s like a bacchanalian orgy. If there had been a “single” released in advance of the album’s appearance in full, this might have been it. But, in keeping with the album’s main mission (the creation of sonic terrors), Teitanblood chose a different experience to close the record, in “Charnel Above”. It sounds like angels raising their voices at the end of the world — fallen angels, to be sure. 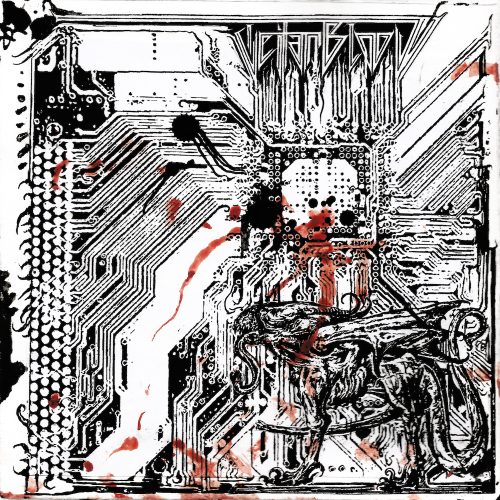 What sins did you commit to deserve such hellish and fiendishly inventive punishment? You’ll have to go elsewhere for the answer — we’re not running a fucking confessional here! We’re just a bunch of deviants who relish this kind of frightening ferocity and nightmarish darkness. For what it aims to achieve, the album is a success of a very high order.

The Baneful Choir‘s mysterious cover art was created by Timo Ketola, and the accompanying booklet and inner sleeve features the artwork of Dávid Glomba (some of those creations are included in this post).

3 Responses to “SHADES OF BLACK (PART 2): TEITANBLOOD — “THE BANEFUL CHOIR””