We all have coping strategies for problems we can’t solve. You know you can’t make the problem go away, so you just… cope… the best you can.

One of my problems, which I’m sure you get tired hearing me whine about, is that I can’t keep up with all the new metal that emerges every day. I try to find time every day to make lists of what I want to check out, but am rarely able to listen to even a significant fraction of the entries.

One of my coping mechanisms for this problem, when I actually have time to do some listening, is just to focus on what I added to the top of the list most recently, and just make myself temporarily ignore how much is seething underneath — which is how I picked the songs in today’s collection.

You can tell you’re getting close to the end of the year when you start finding music from releases that are planned for 2020. I’m pretty sure the song I’ve chosen to begin today’s collection is the first excerpt I’ve selected for a round-up that comes from a 2020 album (although the second one is just a bit further down this page).

A new Thy Catafalque album is always cause for excited curiosity around here. Discovering what the band’s alter ego Tamás Kátai (above) has chosen to do since the last album is part of what pushes me to begin listening to new ones as soon as possible, because it’s usually unpredictable.

The newest album, Naiv, is set for release by Season of Mist on January 24, 2020. Tamás Kátai explains that the title comes from the “Naive Art” movement in visual art. “Naïve artists,” he writes, “have no formal training and education and they lack the professional & conventional approach of trained artists and their art is recognized for their childlike nature and frankness. During making this album, I realised this approach is in line with what I have always done in music and lyrics since the beginnings”.

He also describes this new album as “the shortest and probably the least heavy album in the catalogue”. On the other hand, it includes 11 guest performers, with instruments that include violin, viola, cello, oud, citera, trombone, saxophone, quena, and fretless bass. Martina Horváth (ex-Niburta, SallyAnne, Nulah) and Gyula Vasvári (Perihelion) are also returning on vocals, along with Zoltán Kónya (Gire) and P. W. Hermann.

The first preview track, “Szélvész“, happens to be the song that ends the album, and includes vocals by Gyula Vasvári, which, as always, are remarkable. The song overall may not be as heavy as some of Thy Catafalque‘s previous works, but it does include some dark, heavy, bass-level riffing, and when that kicks in, as Vasvári‘s vocals soar, it gives the song even more neck-bending power.

Beyond that, the song is built around a marvelous folk melody, it includes some tremendously compulsive drumwork, dervish-like fretwork, dancing duets of ethereal tones and grumbling bass, and more guitar tones and tunings than you can shake a stick at. And unless my ears deceive me, there are some scorching harsh vocals in this mix, too.

I’m eager to hear the rest of the album, but in my book this song is a terrific beginning (even if it comes last).

The cover art for Naiv was created by created by Irene Saíz Guerrero. 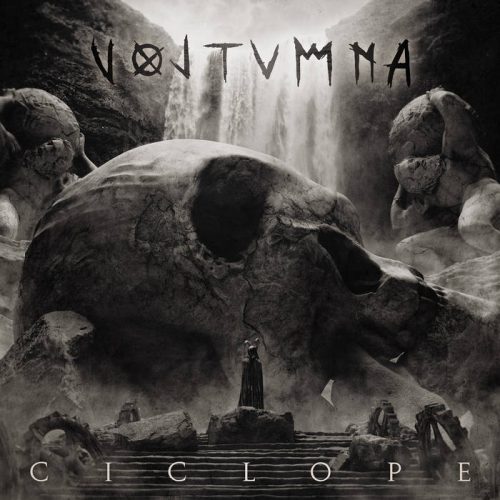 It took me some time to figure out what Voltumna’s new song was reminding me of. After the third listen (and there will be many more, because I fucking love this song), it came to me: I was getting flashes of  Dimmu Borgir. I don’t mean to suggest that Voltumna is consciously walking in Dimmu’s footsteps, or that the music is a clone of the style, but I bet if you’re a Dimmu fan you’re going to dig this as much as I do.

The song, “The Megalithic Circle“, comes from an album named Ciclope by this group from Viterbo, Italy, who draw inspiration from the myths and history of the Etruscan civilization. It will be released on December 13th by Extreme Metal Music Records.

The rapid, vibrating, squirming electronic pulse that kicks in at the 0:25 mark (after a spooky synth beginning) will probably get your own pulse jumping in short order, and then Voltumna layer in potent drum beats, a riff that mimics that head-hooking pulse, and red-eyed demonic vocals of considerable variety. The song becomes part artillery barrage, part jackhammering demolition job, partly a dance of the fireflies, partly a sweeping symphonic overture.  It’s grandiose, bombastic (it does sound like literal bombs are going off), head-spinning, theatrical, bone-breaking, savage, and highly infectious. More please!

(Thanks very much to Miloš for alerting me to this song.) 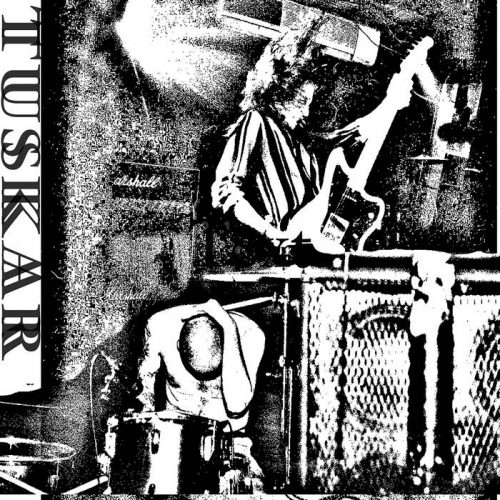 “Nuclear Sludge” is the name given to the style of music created by this duo (vocalist/drummer Tyler Hodges and guitarist Tom Dimmock) from Milton Keynes in the UK. Their new release, The Monolith Sessions, is an EP of live recordings, including a new live version of the song “Into The Sea” off their first full-length.

The song that’s now streaming from the EP, “Beneath”, is just ridiculously good. The ritualistic drum beat at the outset sounds like it’s booming right inside your skull, ringing off the cranial interior as if it were a hollow cavity. And when the yowling riff kicks in, it’s a ticket straight to headbang city. The juggernaut-strength, gravel-chewing bass tones combined with the turbocharged acrobatics of the drumming becomes a slaughtering experience, and the vocals have the tormented intensity of someone actually being slaughtered.

What a heavyweight bruiser this is, but that central riff is pure gold. And when you get to the 2:50 mark, the song explodes in a display of destructive mayhem that’s electrifying. And then things get really dismal and trippy — and then there’s another kick-ass riff coupled with aces-high drum mania… and once again, everything goes crazy. “Nuclear Sludge” indeed. This fucker will level your abode, so put everything of value out on the sidewalk before you begin.

P.S. If this was actually recorded live, I’m really not sure how only two people are playing this music.

The Monolith Sessions will be released on November 8th by Riff Rock Records. 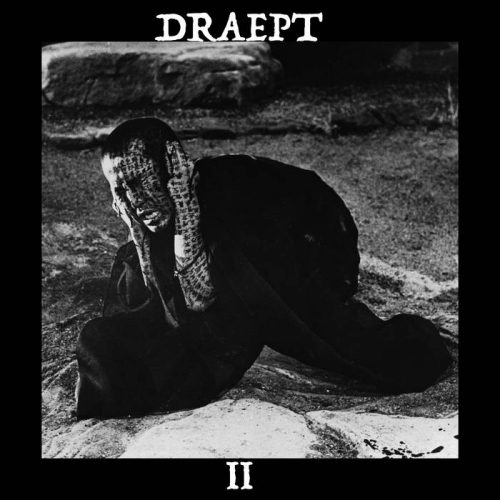 DRAEPT is a project of Swedish multi-instrumentalist Micke Larsson, joined by vocalist/lyricist Martin Abraham. Larsson has explained that draept is a word that means “killed” in Swedish and Norwegian, though he spells it a bit differently from how it’s now usually spelled in either of those languages.

“Oculus” is downright explosive, a jet-fueled attack of mauling, chaotic riffing, unchained drum mania, and wild goblin howls and crazed yells. It’s a savage feeding frenzy, but is infiltrated with threads of melody that straddle a quivering line between queasy and miserable, an achievement that gives this chaos character.

“Athanatos” is more than twice as long as that first track, and displays additional dimensions of DRAEPT‘s talents. The combination of magisterial (but infernal) drum rhythms, moaning and wailing guitar emanations, flesh-scarring growls, and tormented cries is oppressive and frightening. When the drumming becomes more animated and the riffing begins to buzz like lethal hornets, the music becomes even more terrorizing and cruel, and no less oppressive. Guitar notes slowly ring out like the pealing of hand-rung funeral bells over skittering fretwork that channels delirious pain. Underneath it all is the sound of heaving, like some great leviathan burrowing through the earth. It’s transfixing music, but it may give you nightmares if you listen to it before bedtime.

II was released via Bandcamp by Larsson’s Entartete Muzak Productions on October 5th. Can’t wait to hear what DRAEPT does next. 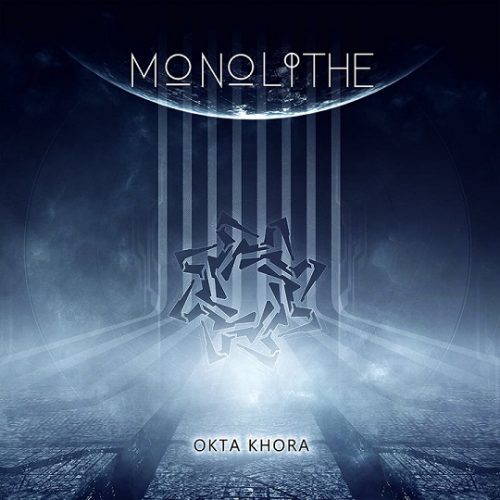 I mentioned previously that you can tell you’re drawing close to the end of the year when you start finding music from releases that are planned for 2020. This next excerpt comes from another album slated for release in 2020, and it will undoubtedly help get the New Year off to a fine start.

The instrumental piece below, “Okta Khora (Part 1)“, is the opening track on a new album (itself entitled Okta Khora) by the French sci-fi-inspired epic doom band Monolithe. Because I’ve watched some of the videos that the band members recorded to offer insights into the record (which you can find on the band’s Facebook page), I can tell you that it consists of 8 songs with no pauses in between them, and that they tell a story which ends with the second part of the track that opens the album.

That story, as described in one of those videos I watched, is a tale of an alien civilization which is convinced by messianic religious beliefs that it must bring the universe back to its original state of primordial chaos through mass destruction — in effect, to “restart it”. That extraterrestrial civilization is further convinced that they are in their eighth crusade, having ended the universe on seven previous occasions (the number 8 figures into the album title, which is derived from Greek, and also in the number of tracks).

That opening track, “Okta Khora (Part 1)“, combines a haunting clean guitar harmony, a somber bass line, and eventually gets heavier and more animated as the drumming kicks in. The layered riffing is dark, dismal, and foreboding, and although the guitar leads beautifully gleam, they also seem to wail and scream, as if envisioning the calamity that seems to be coming as the album proceeds. The track is a richly textured piece of music, and you know from its building of tension that it’s leading into something… the second track… which will be difficult to wait for (the album doesn’t pause, but we’re forced to).

The cover art for Okta Khora was created by the German artist Alexander Preuss, who also created an illustration for each song. The album will be released by Les Acteurs de l’Ombre Productions on January 31st, 2020.

Monolithe have disclosed that they intend to release a new song from the album every two weeks between now and the release date. The next one, “Onset of the Eight Cycle”, will appear on November 4th.

(Thanks to Rennie [starkweather] for telling me about this new song and album.)

Following up a 2015 EP named Divinità terrifiche (which I haven’t heard), the Italian black metal band Comando Praetorio have completed a debut album. The description provided by the publicist for ATMF (who will be releasing it on December 13th) is going to send me on several google searches to learn more about the album’s inspirations:

“Comando Praetorio’s Ignee Sacertà Ctonie is a tremendous sonic journey about the chthonic fire cult of Mount Soratte, where ecstatic and wolfish initiatic paths were performed by the Hirpi Sorani, honoring the Inner Sun of Apollo Soratte. Transcending the imminent obscurity, a full-throated voice looms large, storytelling across these four epic-length tracks and representing a deeper understanding of this underworld fire cult, its manifestation brought forth through the wrathful archetypes of extreme music inspiration and spiritualistic sound approach.”

One of the album’s four long tracks, “Barbarie della Pietà“, surfaced recently. It’s a multi-faceted experience, intertwining thrumming low-end power, sweeping cascades of melody that sound majestic, mystical, and melancholy, swirling arpeggios, ponderous chords, the reverberating savagery of a scalding voice, and reverent yet impassioned singing. The balanced mix gives big bass tones and gut-punching drum blows ample opportunity to bend your neck to their will, but the music is also otherworldly and thoroughly immersive — “Barbarie della Pietà” is heavy and mesmerizing, cloaked in gloom and gleaming with fire-light. Can’t wait to hear the other three songs!

The great cover art for Ignee Sacertà Ctonie, which vividly evokes the fire cult, was created by Timo Ketola, whose name has appeared on our pages more times than we can count.