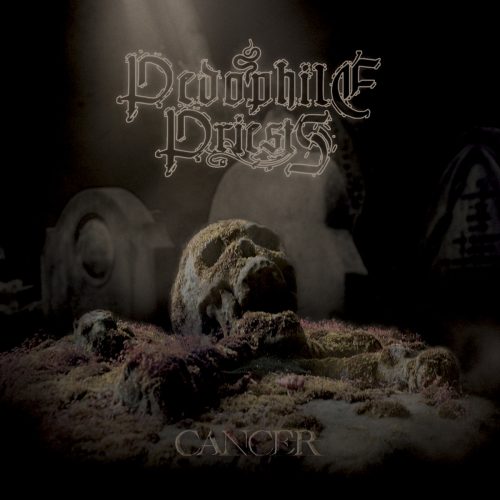 (TheMadIsraeli wrote the following review of the new album by the Polish band Pedophile Priests, which was released on November 8th by Metal Scrap Records.)

I reviewed Anti-Catholic avant-garde/progressive death metal band Pedophile Priest’s excellent debut Dark Transgression Of The Soul back in 2016 and have been kind of in love with them ever since.  I feel like back then my review didn’t do this band proper justice.  I wholeheartedly believe Pedophile Priests are one of the best, most important bands in the modern death metal landscape.  Their combination of every style of death metal mixed with black metal mixed with a unique vocal style and the particular things they do with their genre bents results in a band I can 100% safely say NOBODY sounds like.  Nobody else even comes close as far as I’m aware (and I listen to a lot of fucking music). 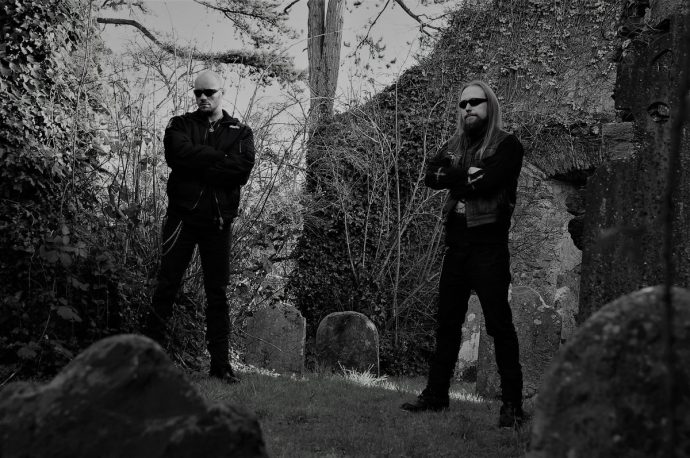 I’ve been eagerly awaiting todays subject of review, Cancer, for some time, wondering if Pedophile Priests would continue on the path they forged on their debut or immediately take a sharp turn to avoid falling into some kind of trap.  Dark Transgression… was an album that was almost like listening to lo-fi early ’90s black metal that was covered in old school death and other black metal traditions.  I was happy to find that Cancer reveals a band this creative immediately veering in another direction, not content to merely produce a better version of their debut.

Cancer is as avant-grade and progressive as the album before it. The riffs and melodies are just fucking alien, and the drums are consistently not quite in sync or are purposefully disjointed from the riffs to create a sound you can never become comfortable with, and the vomitous demon spew of vocalist Piotr Niemczewski is a vocal tonality you also just won’t hear anywhere else.  It hits even harder this time thanks to a much better mix.

Cancer finds itself aiming toward a more chaotic, disjointed sensation that aims to do nothing but disturb, brutalize, and compel to violence and acts of desecration.  You can really feel the venom and hatred for religion as well as a proper musical encapsulation of how organized religion in general, in reality, is as horrifying if not more so than any accusations ever leveraged at pagans, atheists, or Satanists.

This album does hit a much groovier tone than its predecessor. The riffing, no less technical than before, has been rearranged to fit a new sonic aesthetic of something that’s mammoth, liturgical almost, and oppressively brutal and unnerving thanks to the band’s love of lo-fi early ’90s black metal synth touches, which add an interesting idiosyncrasy backdropped against the more modern mix and death metal portion of their sound.  The introduction of European-style liturgical clean vocals adds a whole new dimension to the band’s sound as well.

I don’t know if I can say much more because you really have to hear this music to believe it.  Songs on this record that really embody a feeling of “what the fuck am I listening to and why do I feel the need to beat people to death?” are “Dublin Walking Dead”, “Pedophile Priests”, and “Entropy Of Creatures On Earth” — but honestly the whole album is just a swelling mass of distorted sonic anti-life.

For me, as someone who likes riffy but weird-as-fuck metal, Cancer is one of the best death metal albums of this year, one of the best albums of the year period, and one you owe it to yourself to listen to, if you like unconventionally off-putting metl that’s still brutal as fuck.  This band is Pestilence and Akercocke levels of strange and masterful, and one of death metal’s most important newcomers in the current era.