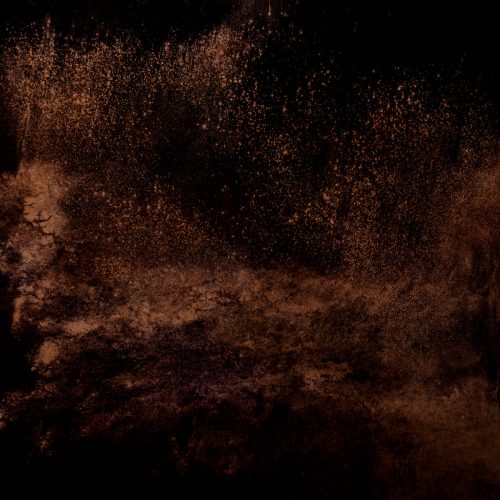 Hamelin is a new Belgian band, but when you listen to their debut self-titled EP (which could also be called an album, given its half-hour run-time), it will come as no surprise that the band’s members have worked in other bands and projects. Their experience shows, and so does the breadth of their interests. Every one of the six tracks is wide-ranging, often in unpredictable ways, interweaving elements of black metal, post-metal, and progressive metal (and that’s not an exhaustive list) to create music of tremendous emotional power and dynamic intensity, music that’s melodically rich and atmospheric and also viscerally ravaging. When a band’s creative ambitions not only aim high, as Hamelin’s do, but also result in a cohesive and compelling experience, that makes a debut such as this one stand out even more.

The EP will be released on November 30th through Wolves of Hades, and today we’re presenting a full stream of all the tracks, preceded by thoughts concerning each of them. 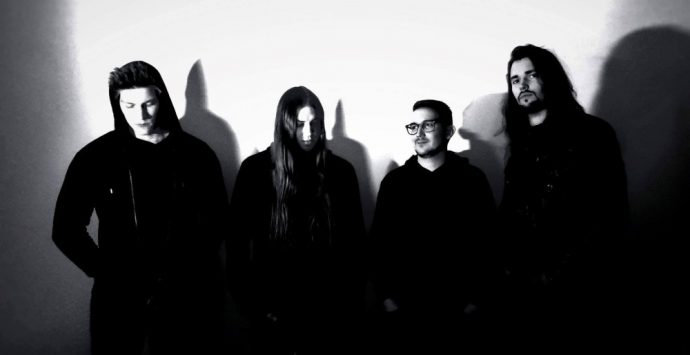 It’s worth sharing the band’s own introduction to what they sought to achieve through these songs: “As we live, we endure emotions. Be it willingly or unwillingly. In this album we tried to embody just a fraction of those emotions. We’ll guide the listener through despair, melancholy and sometimes even helplessness. Because in the end, all we have are emotions”.

Gleaming waves of mystical melody slowly unfurl at the beginning of opener “Below The Waves“, becoming more nuanced and wondrous — and more intense, as a prelude to a cavalcade of thundering drums, caustic shrieks, and sweeping panoramas of glorious melody overhead. Very quickly, the band give us this dichotomy of interests, as the music is both earth-bound and unearthly. The drums punch hard as well as race, the bass pulse is heavy and head-moving, and the vocals are strident and vicious. But without warning, we hear the sound of waves washing a shore and a beautifully wistful piano melody that in its own way is as spellbinding as the music that began the song.

But the music becomes nova-like in its intensity again, and just as awe-inspiring, though the mood of the melody also becomes more melancholy, segueing once again into a pinging piano melody that this time seems bright, soon surrounded by brilliant shining and soaring tones and underwritten by the physically compulsive thrust and crack of the rhythm section, who play a starring role throughout the EP.

And indeed, booming drums and growling bass notes, coupled with the whirl of extravagant tremolo’d reverberations, create an immediately momentous and ominous impression at the outset of “Thirty Pieces“, which also features an immediately infectious and highly dramatic riff as well as shimmering cascades of fiery melody overhead. This song also segues into an interlude, this time one created by darting guitar and ringing piano keys, channeling a feeling of lilting brightness that persists even when the full band come back in to send the music up into the heavens. (All is not melancholy in this EP — there are moments of hope as well.)

A sensation of conjuring comes through in the chilling, eerie tones and moody bass pulse at the beginning of “A Lullaby of Conjuring“. The feeling of spellcasting persists even as the rhythm section get their hooks in the listener’s head, providing part of the backdrop for a spoken-word sample. The dreaminess of the music is seductive, but you’ll know by now that Hamelin won’t leave things that way forever, and indeed the song becomes dramatically heavier, and more bleak and harrowing, before leaping into a flurry of drum-blasting, beleaguered tremolo’d riffing, and scorching vocal intensity. But the band don’t leave things there either, moving into a sequence of jolting rhythms and blasting chords. They create sounds of tension and turmoil, of bruising and banishment, though not without a finale that resurrects the feeling of spells and dreams.

“Nadir“, on the other hand, is a grim, heavy-weight slugger that also becomes a head-long race surrounded by slow cascades of melancholy melody. And of course there are other sensations, including beautiful bass-and-drum duets in which haunting clean vocals waft overhead like the soulful sorrows of an apparition, as well as a syncopated drum beat backed by moaning bass tones, vibrant strumming, and glistening piano notes. The music mounts in intensity at the end, becoming a rapturous explosion of sound.

In the closing track, “The Sun’s Light When He Unfolds“, the band provide one last example of their shape-shifting musical powers, creating a changing tapestry of sensations — seductive and mystical, perilous and punishing, powerfully head-moving (there’s a contagious pulsing riff in the song that’s completely irresistible) and sweepingly glorious, frantic and feverish, beleaguered and riotous. At the end, the song seems to carry us out into the cosmos, into a sphere both wondrous and hostile, which is sort of like life itself.

Credit for this marvelous EP/album goes to guitarist Jason Bond, vocalist/keyboardist Casper De Decker, bassist Jesse Massant, and drummer Jan Dries. Credit for the artwork goes to George De Decker. Hamelin is available for pre-order now through Wolves of Hades and the band:

2 Responses to “AN NCS EP PREMIERE (AND A REVIEW): HAMELIN — “HAMELIN””