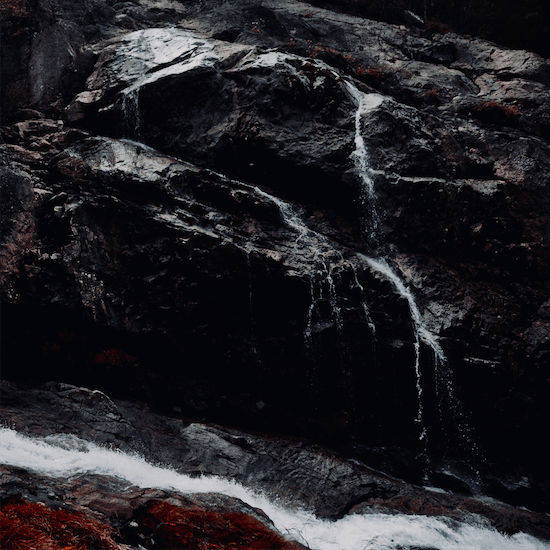 In 2018 the mysterious Swiss collective Death. Void. Terror. released their first album, To the Great Monolith I, through Iron Bonehead Productions. It consisted of two tracks, identified by dashes rather than words, which together created a 41-minute out-of-body experience that was completely unnerving. As recounted in our interview of the band, their objective was to serve as vessels for what was bestowed upon them by an entity they called the Great Monolith, and to do that they sought to purge themselves of all traces of human thought and experience, to achieve the kind of “purity” that would make them receptive to what might become manifest through their performances.

Of that first album, our reviewer Grant Skelton wrote: “Not a trace of what could be called ‘humanity’ is left in this album…. Confronting To The Great Monolith I is to delve beneath pretense, beneath cultural normativity, beneath our waking personality…. To disengage from the world, to shut off the mind and allow it to wander, to blatantly refuse to hurry — these are necessarily a part of listening to Death. Void. Terror.“ 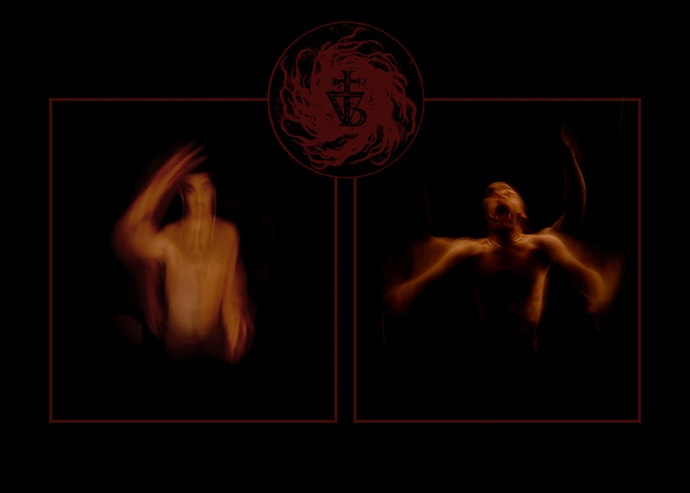 He wrote further: “The sounds on this album are challenging, maybe even taxing to some listeners. I myself would not say that I enjoyed the sounds of To The Great Monolith I the first time I listened to it. It’s truly horrific. Squalling, dysrhythmic and discordant drones accompanied by cabalistic percussion and limitless layers of atonal shrieking bereft of actual lyrics.” But he summed it up as “an unquestionably monolithic achievement for those with an appetite for the bizarre, the unorthodox, the surreal.”

We look back on that interview and review because Death. Void. Terror. have completed a new album. Their core method and their principal mission seems unchanged — indeed, the new album is entitled To the Great Monolith II. About the album, they tell us this:

The methods and the mission may remain largely unchanged, but the results are in some obvious ways different from what was included on the first album. Among other things, there is at least one song on the album that is relatively more compact than either of the two on the debut album, and it’s the one we’re premiering today in advance of the album’s release on January 24, 2020, by Repose Records. There may be other songs that are also more compact, but we’re not yet privy to the album as a whole. And there are other differences….

The song that’s the subject of today’s premiere, as before, isn’t identified by words, only dashes within parentheses. There may or may not be lyrics.

It greets the ears immediately in an engulfing vortex of horrifying sound. An otherworldly, serpentine melody heaves and flows in gleaming but tension-filled tones through a dense shroud of abyssal pummeling distortion, methodically obliterating drums, and an amalgam of cavernous roars and skin-splitting shrieks. Eventually all hell breaks loose as the drums become a battering force and the riffing a cacophony of violent madness. The assault does briefly abate, replaced by peals of feedback and of flickering and moaning tones, but soon enough the music again plunges the listener into that harrowing vortex, the drummer delivering a catastrophic beating, the vocals again generating visions of monstrous horror, the guitars creating sounds of wretched hopelessness, hallucinatory paranoia, and incandescent, unearthly glory.

The experience is wholly immersive and utterly terrifying, drowning the senses in a dense and destructive portrayal of hellish tumult and torture, and yet also manifesting a kind of shining ascendancy toward planes of revelation — ending in the wails of monastic voices lifted in solemn reverence.

At the end of 2018, our reviewer of the debut album put it on his year-end list, with this explanation: “By far the strangest release I had the pleasure of hearing this year. And, not coincidentally, one of the best. If backed into a corner, I would very likely submit this album as the most relentless album of the year. Even when I’d thought I’d sickened myself with it from listening too much, I kept playing it.”

Whether the new album will have a similar impact remains to be seen, but this first excerpt from the album is certainly a powerful inducement to find out.

Death. Void. Terror. are affiliated with the Helvetic Underground Committee (Ungfell, Dakhma, Kvelgeyst, etc). All members wish to remain anonymous. The album will become available for pre-order at these locations: