But now there will be a second Dawn of Solace album, the title of which is Waves. It’s set for release on January 24th by the new label Noble Demon (who will also be releasing the debut album of Night Crowned, for which we hosted a song premiere last week). 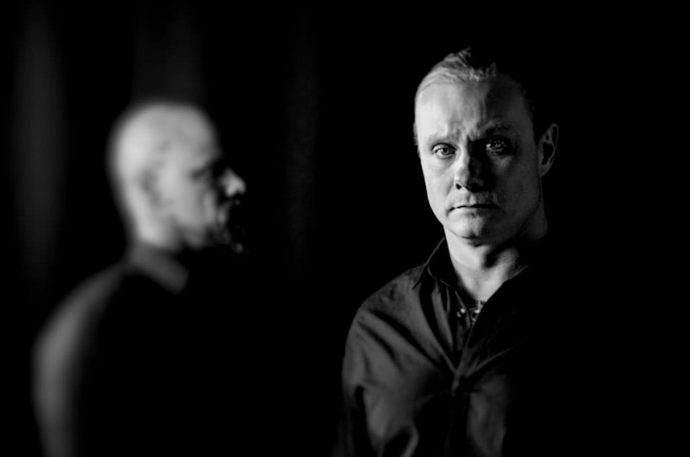 There has been one significant change from the first Dawn of Solace album, in addition to the passage of 16 years. For the new album Tuomas Saukkonen has continued to be the sole songwriter and instrumentalist, but he has brought on board a clean-singing vocalist, and it’s none other than Mikko Heikkilä of Kaunis Kuolematon (and formerly of such bands as RoutaSielu, Red Moon Architect, and (as a live member) Saukkonen’s own Back Sun Aeon).

The album’s first single, “Lead Wings“, debuted through a video at the end of November, but for some reason I didn’t find out about it until last week, and just haven’t had a chance to write about it until today.

Is it permitted to use the word “marvelous” at a metal blog? Because Mikko Heikkilä has a marvelous voice. And the song as a whole, by my lights, is also marvelous. That swirling riff at the outset sets the hook fast, and the melodies carried by Heikkilä‘s voice put a few more hooks in the head. When he elevates his voice, I confess I get chills. The song also has a fair share of jolting heaviness in it, and atmospherically blends the gloom of cold northern climes with the wistful vibrancy that comes through in the vocals and the leads.

More details about the album: Lars Eikind (ex-Before the Dawn) makes a guest vocal appearance on one song, and Jukka Salovaara also appears as a guest solo guitarist on two songs. 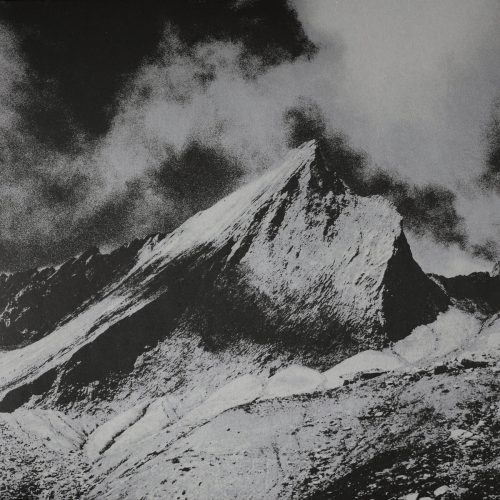 We had the pleasure of premiering songs from both Turia‘s 2015 debut album Dor and their second full-length Dede Kondre (2017); both were hallmarks of a band willing to go their own way rather than slavishly follow convention, and both were excellent. I also wrote in glowing terms about the tracks that Turia contributed to their 2018 splits with Vilkacis and Fluisteraars. It was thus a genuine thrill to discover a stream of the title track to their forthcoming third album, Degen van licht, which will be released by Eisenwald and Haeresis Noviomagi on February 14th. 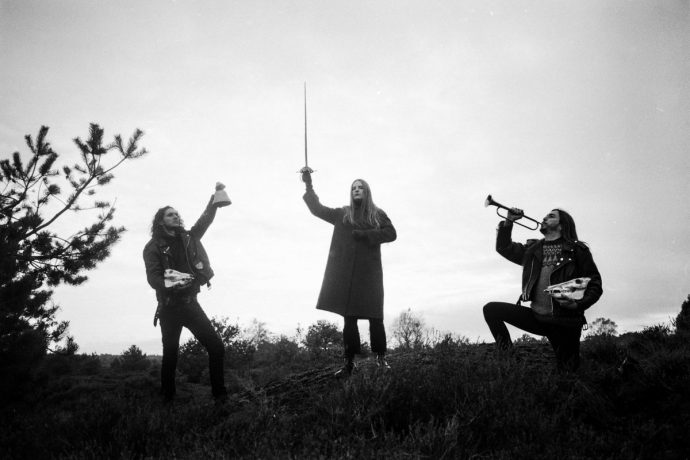 The guitar tone in the song’s main riff is a dense, skull-excavating squall of sound, and the low-frequency elements are heavy enough to shiver the marrow in the bones. Methodical and measured at first, and occasionally punctured by hard-rocking bursts, the drumming punches damned hard, while the vocals are pure scorching wretchedness. While the song is a heavy monster in all these respects, the ethereal, sky-high arpeggios and cycling leads give the song an electrifying (though anguished) energy. The song has a melancholy cast from the beginning, but it becomes still darker and more beleaguered when the drums stop altogether, and even more dreamlike and moody by the end.

Can’t wait to hear the rest of this album. (Thank you Miloš for alerting me to the release of this song.) 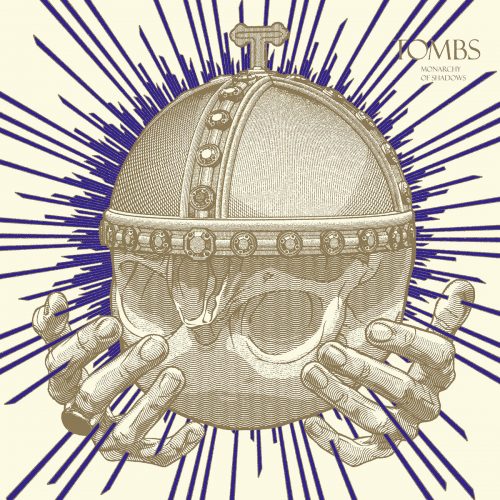 Surely, every devout metalhead knows about Brooklyn-based Tombs and their workaholic mainman Mike Hill. The music has changed in small and large ways from album to album, but Tombs is one of those bands you just need to listen to, because the intensity is unwavering, and the evolution never seems to have taken any wrong turns. As Hill has said recently, and accurately, “The canon of music Tombs has created has spanned several different genres, but I’ve always had it my intent for there to always be a certain amount of violence and hardness lurking the background.”

The new album, Monarchy of Shadows, is yet another step on an evolving path. Among other things, Hill has been joined by three-fourths of New Jersey death metal crew Kalopsia – drummer Justin Spaeth, guitarist Matt Medeiros, and bassist Drew Murphy. They aren’t just accompaniests either. Hill says:

“[F]or the first time in the history of Tombs there has been a collaboration between band members. It’s not just me writing everything. It’s a big difference from The Grand Annihilation which was basically a solo record…. I’m playing with excellent players who are on the same creative page and have introduced elements that weren’t obvious to me which ended up expanding the band’s sound. I feel like the music and this incarnation of the band is a lot more powerful because there’s a personal investment from all the members.” 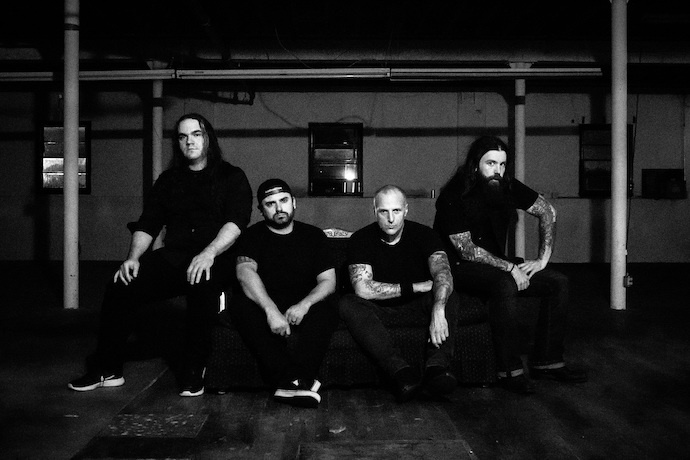 The title song, released yesterday, is Hill‘s favorite track on the album: “I think it really flexes all the muscles and demonstrates everything we can do. There’s fast drumming, black metal riffing, a Celtic Frost beatdown in there, there are synthesizers and electronics and a death rock thing at the end. It’s a thumbnail of what the band is about.”

What more can I add after that description? Just a few things, I guess:  The song proves that Tombs continues to evolve in interesting and successful ways. Ominous and foreboding at first, it kicks the listener’s pulse into increasingly higher gears, viciously jabbing and then burning, blasting, and soaring, while maintaining an atmosphere of tension and darkness even as it furiously takes flight. The change at the end (the death rock thing) is also damned cool.

Monarchy of Shadows features some guest appearances: Mike Goncalves (guest vocals on “Path of Totality (Midnight Sun)”), Ben Karas (strings on “The Dark Rift”), and Terence Hannum (synth on “Monarchy of Shadows”). The cover art is by Valnoir. The album will be released by Season of Mist on February 28th.

I did say that half the songs in today’s collection would be exceptions to our rule, and this is the second one. And this one comes from a new band I didn’t know about until hearing this final track, which I think is amazing.

Ainsoph is a Dutch trio, and their debut album Ω – V will be released by Wolves Of Hades on February 2nd. I haven’t yet made time to hear the rest of the album, but “Home” makes a striking first impression. A stylistic hybrid that molds together ingredients from post-punk and black metal, with progressive accents, the song is a big high-energy head-mover, but also entrancing, and pleasingly mercurial in its course. The vocals themselves have a dreamy, wraithlike, yet intense quality, while the extended guitar solo near the end is a fast-flickering starburst that helps send the song out on a high point. 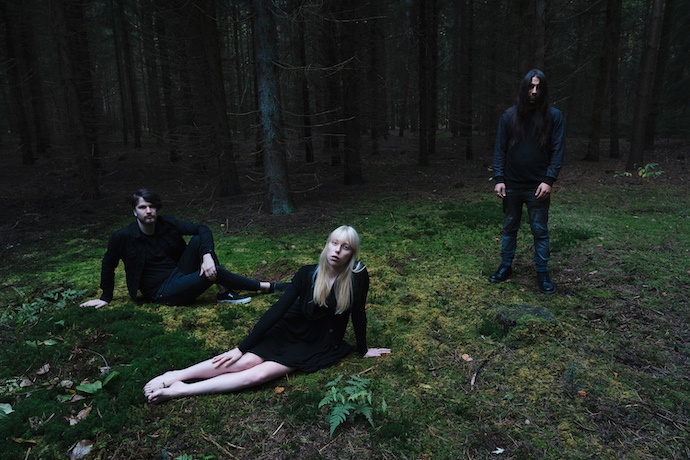 “Home” is a contagious experience. I’ve been needing my fix of it a couple times a day since discovering it, even though it’s not nearly as extreme as most of my daily consumption. I hope you’ll get a kick out of it too.