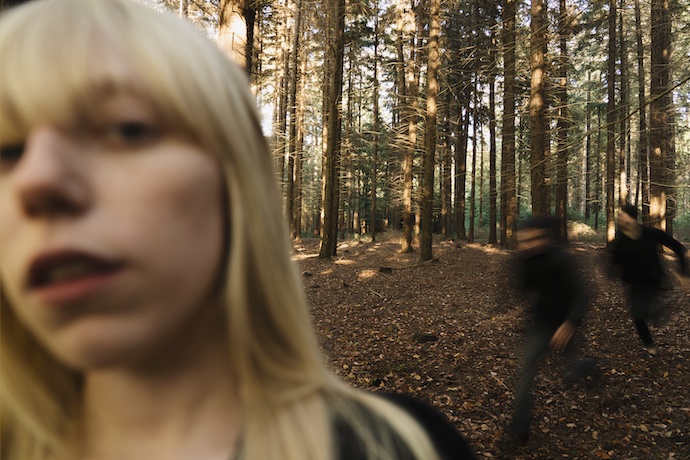 Coincidentally, while thinking about how to introduce our premiere of Ainsoph‘s debut album (which will be released by Wolves Of Hades on February 2nd), I paused to finish an essay I had been reading about the great American songwriter Cole Porter. It ended with this paragraph:

“All art aspires to the condition of music, Walter Pater wrote; within music itself, all music dreams of becoming another kind of music. Art songs dream of becoming pop songs and pop songs dream of becoming folk songs, too familiar to need an author. We hear Porter now without knowing that it’s Porter we’re hearing. Like Stephen Foster, he sublimated his suffering into his songs, until the songs are all we have, thereby achieving every artist’s dream, to cease to be a suffering self and become just one of those things we share.”

What does this have to do with Ainsoph and their album Ω – V? I don’t want to push the connections too strongly, but some of the phrases in what I just quoted seemed relevant to what I was thinking about this album.

Ideas about the emptiness of human existence, about the endless void that will consume us all, and perhaps abut the search for meaning, or at least the embrace of endlessness, seem to have played a role in inspiring the album. In its own way, it seems a sublimation of suffering into music, both expressing it and transcending it. And in its own way, it’s also music that seems to dream of becoming another kind of music. END_OF_DOCUMENT_TOKEN_TO_BE_REPLACED

But now there will be a second Dawn of Solace album, the title of which is Waves. It’s set for release on January 24th by the new label Noble Demon (who will also be releasing the debut album of Night Crowned, for which we hosted a song premiere last week). END_OF_DOCUMENT_TOKEN_TO_BE_REPLACED