(In some past years Andy Synn has launched his roll-out of personal year-end lists with one devoted to EPs and other shorter releases, but this year it comes after all the others — and you’ll find the others linked below.)

As you may have noticed, since the publication of my Disappointing/Good/Great/Critical/Personal lists I’ve been easing back a little bit, giving myself room to rest and relax as well as allowing other writers (both regulars and guests) a chance to step into the spotlight instead.

That doesn’t mean I’ve been entirely clocked out, however, and over the next week or two I have another couple of articles planned (including, due to popular demand, a “Best” of the decade list), beginning today with a round-up of the many different EPs and short releases which I’ve enjoyed over the last twelve months.

Before listing absolutely every EP I’ve listened to (or, at least, the ones I can remember) from this year, I want to take a short opportunity to highlight a couple of releases which haven’t received anywhere near enough coverage, either here or elsewhere, beginning with… 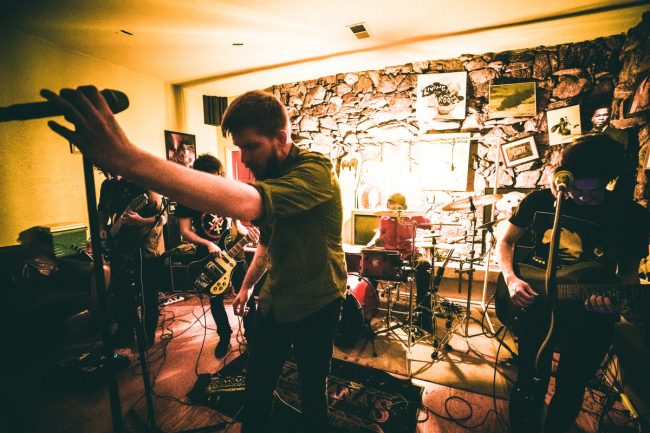 Vol. III by this Worcester, Massachusetts collective is actually a series of four EPs which collectively show off all the various different elements and aspects of the band’s sound, from the heaviest to the most ambient, the most abrasive to the most melodic, the most hi-tech to the most stripped-back.

Vol. III. A: Forth From The Quiet To The Air That Trembles is the one that’s least likely to appeal to our regular readers, as it mostly recalls the poppy Prog-Rock of Coheed and Cambria, Astronoid, etc (with maybe a little Devin Townsend). That shouldn’t deter you, however, as there’s some brilliantly creative instrumental work going on if you can get past the slightly Pop-Punk-esque vocal style.

Vol. III. B: Cognitive Predation is a much harsher affair than its predecessor – equal parts Post-Metal and Post-Hardcore – although it still possesses a similar knack for proggy creativity and moody, melodic ambience, while also incorporating a more visceral and cathartic vocal delivery and a much darker sense of atmosphere.

Vol. III. C: Everything Was Possible And Nothing Was True is where I think a lot of our readers will really start to tune into what the band are doing, however, as it finds the band transitioning into a sludgier, grislier, and – dare I say it – more blackened sound, which often recalls both Dodecahedron and Imperial Triumphant, albeit with a dash more melody and proggy audacity.

With Vol. III. D: Impermanence the group pursued this newly blackened sound even deeper down the spiral, while also leaning even harder on the electronic and industrial elements of their music, resulting in an EP of strange soundscapes and ear-scraping dissonance that follows in the twisted footsteps of Blut Aus Nord and Godflesh.

This really is a fascinating series of EPs, from an endlessly fascinating band, who quite clearly refuse to stand still or be boxed in to any one style or genre. 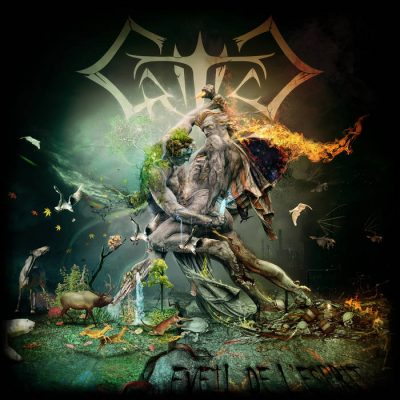 French five-piece Critic may only have the one EP to their name thus far, but their brand of relentless, full-force Death Metal – rapid-fire riffs propelled by ballistic blastbeats and garnished with howling, tooth-gnashing vocals – should definitely appeal to fans of bands like Benighted and Man Must Die (whose latest EP is another succulent slab of Death, Grind, and groove, by the way), and marks the band out as ones to keep a very close eye on in the coming years. 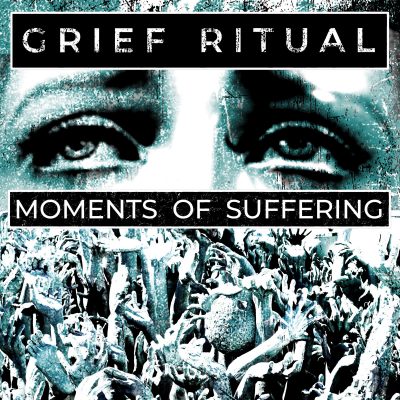 One of my biggest regrets of the last few months is failing to give this EP the coverage it rightly deserved when it was released back in October.

Suffice it to say, though, that Moments of Suffering left me hungry to hear a proper full-length from this Blackened Hardcore crew, as they really seem to have perfected a recipe with a real kick to it – all abrasive, howling vocals, seething, dissonant distortion, and bullish, belligerent grooves – which should satisfy all but the most jaded and cynical of musical tastebuds. 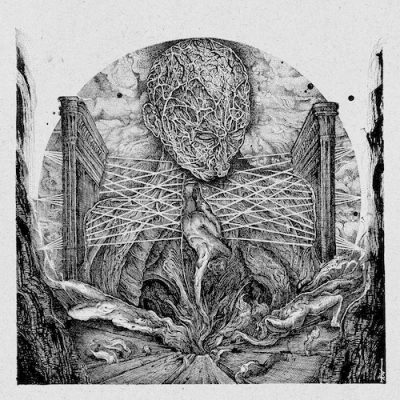 Hardly spoken of by the masses, yet highly praised by those in the know, Bright Euporia is twenty-seven minutes of pure Black Metal magic which walks a thin line between chaos and order, sharing certain elements in common with the band’s countrymen in Schammasch (particularly their earlier work) as well as drawing influence from Monotheist, the legendary swansong from Celtic Frost.

What really makes it stand out, however, in addition to its truly malevolent sense of melody, is the ferocious sense of urgency and desperation – from the raw, wild-eyed vocals to the rippling, writhing guitar lines – which underpins every single track, which makes it feel like the music isn’t so much being played or performed as it is simply pouring out of the band’s veins.

There are far too many EPs here for me to give them all the same amount of attention (limited though it was) as I’ve lavished on the entries above, but I’ve still tried to give you a quick insight into each one so as to help guide your listening.

And while I’ve undoubtedly missed a lot of releases over the past twelve months I sincerely hope that all of you discover at least one EP here that you wouldn’t have otherwise heard.

Emotional extremity and shimmering ambience all wrapped up in one short but sweet package.

Disappointing overall, but “Iron Sharpens Iron” is well worth checking out. More like that please.

Ragged, raw, lo-fi (but not low-brow) Death Metal that goes straight for the jugular.

Body Void – You Will Know the Fear You Forced Upon Us

Horrifically heavy Sludge-Doom sickness that I am looking forward to experiencing live in 2020.

Unorthodox riffs and unconventional ideas from a band who, in my opinion, have yet to reach their full potential.

A series of expansive, expressive Post-Metal soundscapes for you to lose yourself in.

Claustrophobia-inducing Blackened Doom perfect for your next dark night of the soul.

Equal parts atmosphere, aggression, and depression, from one of my favourite modern-day Black Metal bands.

Caustic Black Death catharsis for those of you with a morbid/masochistic streak.

Four tracks of masterful Death Metal distilled down to their purest form.

Fifteen minutes of pure sonic mass that quickly became one of my favourite releases of the year.

Ingested – Call of the Void

Another short, but savage, release from one of British Death Metal’s biggest hitters.

Jubal – Through Flesh and Bone

Four tracks of pure, pissed-off Death Metal punishment from one of my all-time favourites.

Killer Black Metal with both brains and brawn.

Panopticon – The Crescendo of Dusk

One truly monstrous title-track and one suitably brutal cover from these long-time favourites of mine.

Ludicrous Tech-Grind for the criminally insane and/or morally bankrupt.

Subservience – Ascending From the Abyss

Eighteen minutes of stunning extremity and sinister atmosphere. A personal favourite of mine.

An unrelenting Black/Death assault on the senses.

Another reliably riff-heavy offering from these Death Metal legends.

A fittingly feral and ferocious swansong from these underappreciated Punk-Metal pugilists.

The title-track is one of the best things the band have ever done… and the killer Dawn cover is an added bonus!

Four tracks of hyper-speed Hyper-Death heaviness, pulling no punches and taking no prisoners.

Another of my personal favourites, and the sound of this long-running band at their very best.