“Confrontation is expected, it doesn’t matter if it’s Christmas”. That’s a quote from a 28-year-old restaurant worker in the midst of a crowd exchanging insults with police today in Hong Kong, where protests continue without regard to the holiday. But when I saw that line in an article this morning it seemed a fitting introduction to this column too. We’re not shutting down either, so get ready for a lot of confrontational metal to blacken this holiday (divided into two parts).

This is a rare SHADES OF BLACK in which every band here, in both Parts, is one I’ve written about before. And they’re here again because they’re all damned good. Of them all, Sargeist is the most venerable and venerated. Now 20 years into their career, and still led with venom and vigor by Shatraug, Sargeist gave us a new album last year, but decided to drop a new EP just yesterday. It caught me by surprise, and what a good surprise it is. 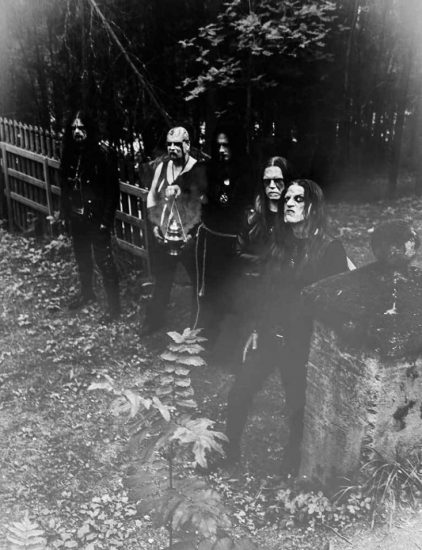 Death Veneration is a four-track attack, consisting of songs that Sargeist recorded in the sessions that produced 2018’s Unbound and were originally intended for splits that never materialized. It was first revealed through Bardo Methodology (here) along with an interview of Shatraug that discusses the impulsive nature of this release and how quickly it materialized. The interview also mentions that Shatraug has already written enough new material for another album, and that one of the tracks on the EP (“Lunar Curse“) was the first song Shatraug wrote for Sargeist, way back in 1998.

“To Make Wolves of Men” is a blazing black metal rocket, but with plenty of swaggering thrusts in the mix, as well as a glorious lead melody that gets stuck in the head. “To Feast On Astral Blood” is similarly composed and executed, which means that it too is incandescent, and marked by a wild, flickering lead that sears the mind in the midst of the whirling, triumphant chaos. When the rhythm changes to rocking beats in this track, the extravagant chords elevate the music into grandeur.

It’s hard to imagine a more effective way to jump-start your heart and send it soaring than those two opening tracks, but that old song “Lunar Curse” leaves no time for any deep breaths either. Strikingly dramatic, and bearing the influence of the Scandinavian scene of the time when it was composed, its melody has a sweeping, majestic, melancholy atmosphere — and yet the newer song “Death Veneration” is grand as well as savage itself, with further opportunities to rock out as your heart leaps into your throat.

Did I mention that the vocals of Profundus are absolutely unchained in their ferocity, and a vital ingredient in this tremendously electrifying EP?  Well they are.

(Thanks to Speelie for being the first to tell me about the release of Death Veneration.) 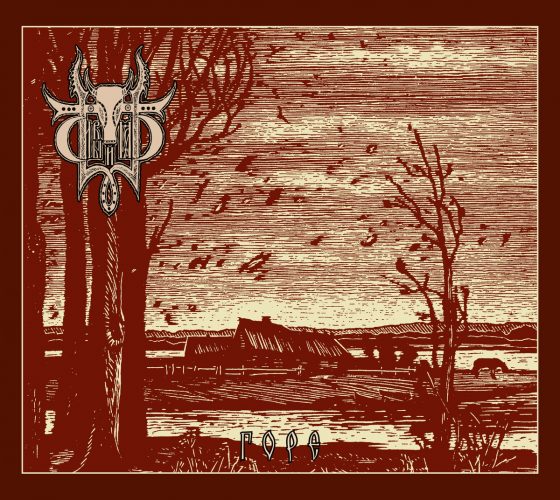 I haven’t paid nearly enough attention to this Russian band. Since I wrote about some of the music on their last album, 2015’s Burial Shrouds, they released a 2016 EP (The Unmourned Past) and a 2018 compilation, both of which I overlooked. The source of the song below is a new album, which I definitely will not overlook, because this song is amazing.

The name of the album is Горе / Grief, and it’s set for release on January 24th by Avantgarde Music. The title track is the one that’s up on Bandcamp now. At more than nine minutes, it makes room for a wide-ranging experience. But I must first mention the knife-edged clarity of the production, which affords ample opportunity to admire the tremendous popping vitality of the drumming,  the bone-vibrating tones of the bass, and the sky-rocketing cries of the vocals.

The riffs and vibrantly flickering leads vary in dramatic fashion, and often give the music a lush and even romantic feeling, and the extended guitar solo that leads into the song’s mid-section is spectacular. Before reaching the end, Sivyj Yar divert the music into soft and mystical spaces where the rhythm section disappears and guitar reverberations ring out, but also send the music into sweeping panoramas of heart-swelling sound. 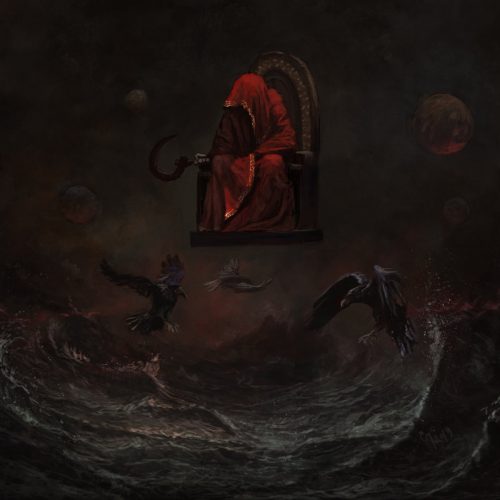 On the first day of this month, in another one of these columns, I recommended an advance track from this Serbian band’s second album, Divlja Vatra, and as of three days ago the album is now out, for everyone to hear.

I’ve already noted in that previous post what a tremendous opening the song “Lapot“ gives this album. Driven hard and fast by brutally pummeling drums, vibrantly pulsating bass, and grim heavy riffs that burrow into the skull like industrial-strength drill bits, the song is savage and bleak — and thrilling. The savagery is amplified by the vocals, and when the tone of the riffing climbs the scale the music seems reaching for a measure of vicious grandeur. Another dimension of the music comes to the fore when the drummer begins rocking and strummed chords seize the attention — certainly not a movement toward happiness, but perhaps a final relishing of carnal impulses on the way to the executioner’s block.

From there, Svartgren deliver one explosive, fiercely innervating experience after another. And the sound really is explosive and penetrating, with both clarity and power in the production. That allows the talented rhythm section to shine, and the riffs to shine as well. Svartgren bring plenty of muscularity and ferocious spirit to the table, as well as well-timed dynamism in their momentum, but what makes the album stand out (in addition to its irrepressible energy) are the well-crafted melodies.

Those melodies have significant emotional force and impressive range, vividly bringing to life a panoply of dark moods — rage, cruelty, despair, and anguish. But don’t think the album is nothing but bleak and broken moods. It also affords plenty of chances to rock out (hard) and to spin around in dances of ecstasy. And even in its most beleaguered moments the music is still striking in its vitality.

Coming late in the year, Divlja Vatra is a great way to help bring 2019 to a triumphant close.

(The wonderful painted cover art for the record was created by Khaos Diktator Design.)