The next song in this two-part collection is “Empire of Worms“, off a new album by the Istanbul-based black metal band Zifir. Entitled Demoniac Ethics, the new full-length is accompanied by the artwork of one of my favorite dark-art creators, Vergvoktre, and it will be released by Duplicate Records on January 24th. The track premiered about one week ago at Decibel. One other track from the album (“Chants for Execution“) surfaced around Thanksgiving, and I’ve included that stream as well. 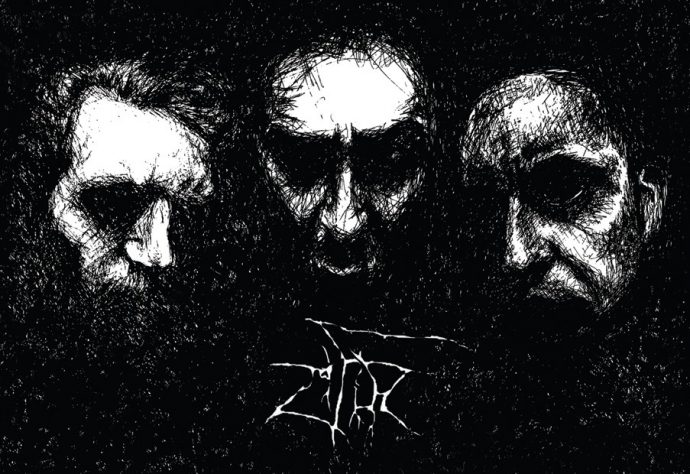 With “Empire of Worms” Zifir create feelings of tension and turmoil, peril and pestilence, but do so with eerie melodic accents that give the music an esoteric and unearthly quality. It’s disturbing, poisonous music, stripped of hope and succor, but strangely spellbinding as well. It leaves no doubt that we will all be wormfood, at least figuratively, with the end of humankind brought about by our own hands, but the music is also undeniably scintillating.

P.S. I will have much more to say about this album on January 20th. 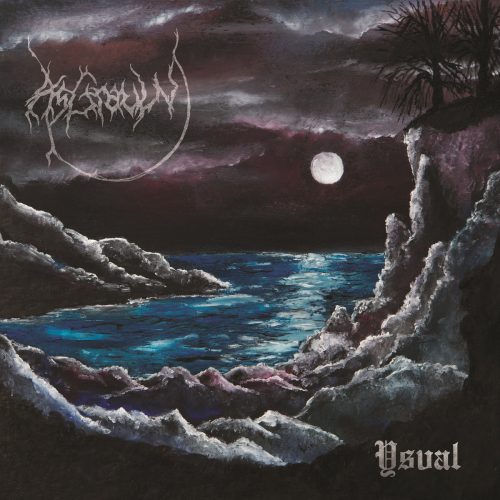 The Gelderland province of the Netherlands has produced many distinctive black metal bands, including Fluisteraars, Turia, Kwade Droes, Lubbert Das, Mondvolland, and Sammath, just to name some of the groups whose music I’ve written about over the years — and Asgrauw is another one. Their fourth album, IJsval, will be released by Death Kvlt Productions on January 20th.

I can share one song from the album with you now, the name of which is “Leeg“. It opens IJsval in electrifying fashion, with pulse-pumping rhythms, wild swirling riffs, and vocals that are both cracked and throat-lacerating, and often seem to leave nothing behind behind the mic but blood spray.

As the song evolves, the emotional timbre of the riffing becomes moodier, yet it still swings — just a different kind of dance than the incendiary whirl with which it trades places. Near the end, the music soars to heights of beleaguered glory, capped by a marvelous and surprising finale that I won’t attempt to describe.

More than once before in this two-part collection, I used the phrase “heart-swelling” to describe the feeling of a song, and that same phrase springs to mind here.

The hand-painted cover-art for IJsval was done by J. Putman. 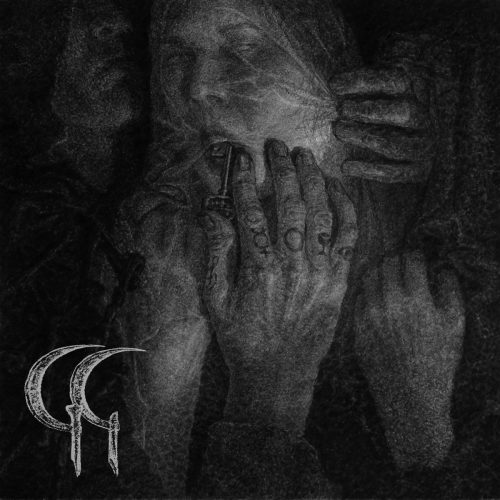 I was extremely impressed by this Ukrainian band’s 2017 debut EP Tome I, which was home to a track (“Transfixing Inward the Human Essence“) that I included on that year’s list of Most Infectious Extreme Metal Songs. I’m also super-impressed by the band’s debut album, Tome II, which was released on December 20th.

The album is a substantial one and I think deserves a more substantial writing than the one I’m about to provide, but these words are all I have time for. Hopefully they will be enough to induce you to give this album your full attention.

The sound of the vocals is one of deep, full-throated, bestial barbarity, and Grave Circles are equally capable of launching musical torrents of bestial savagery, all hyper-blasting drums and vicious roiling and scything riffs. And with no warning they also blaze away with jolting, pulse-jumping chord-work that would please any heavy metal fan.

On the other hand, within or in between those abrasive and sometimes overpowering sonic torrents they infiltrate otherworldly chiming tones, pieces of feverish guitar sorcery, ominous fanfares, and elusive leads that carry misery in their notes.

On the third hand, they also switch gears into stately funeral marches that bring about moods of utter desolation, or terrible, pitch-black majesty. Blaring yet beleaguered trumpets join in one of those episodes (the beginning of “Predominance”) as do sorrowful clean vocals. At the outset of “Faith That Fades” the band banish the rhythm section and create something that sounds reverential yet is steeped in gothic gloom. Reverent choral vocals appear elsewhere on the album as well.

On a further hand, Grave Circles create passages of awe-inspiring grandeur — an ominous and even tyrannical kind of grandeur — and also moments of soul-stirring beauty.

And there are still other emotional sensations and visions powerfully translated by the music that I haven’t attempted to list. Perhaps even more impressive, many different facets of these diverse sensations play a role in each of the seven songs on the album. None of the songs stays in the same groove or in the same mood all the way through, but instead each one becomes a changing journey.

This is an ambitious album, full of ideas and obviously reflecting an authentic spirit. The songs are really well-written, and beautifully performed. The record also has considerable depth and staying power; it’s easy to go back to it, and you can hear new things each time.

One more tremendous album that stayed in hiding until near the very end of the year.

Today’s column has already included a lot of fantastic artwork, and the cover of Tome II is another wonderful piece. The artist here is Alexander Held. 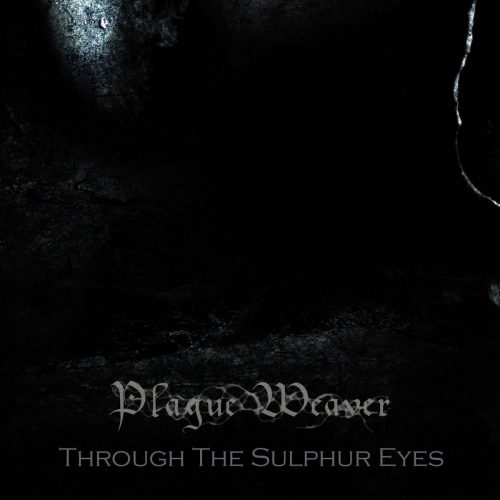 To close today’s gigantic column I have streams of three of the five terrors on Through the Sulphur Eyes, which is the new EP by Plague Weaver from Mississauga, Ontario, Canada. The new record follows the band’s self-titled debut EP, which I reviewed here in March of this nearly completed year.

From the moaning leads to the slow lurching cadence and the deep monstrous roars, the opening of the title song sounds like the beginning of a death/doom track, but although that oppressive feeling of plague and decay persists, the band also pitch into fits of percussive mayhem, fevered riffing, and vocal madness, and they stitch flickering bits of guitar lunacy into the song as well.

The atmosphere of plague and the stench of death and rot persist in “The Traveller”, which also generates a blood-freezing occult atmosphere of venomous menace and mutilating malignancy at the same time as the band create sensations of torture and torment.

The deep, heaving bass that helps gives the music such a crushing, doom-saturated heaviness is in evidence  once again in “Alchemy”, but the delirious and diseased guitar discordance and the chilling extravagance of the vocals counterbalance that with a feeling of frightening fanatacism. The wailing lead which dominates the end of the song leaves no doubt that there is no rescue from the calamity this music is summoning.

Through the Sulphur Eyes will be released on January 10th.