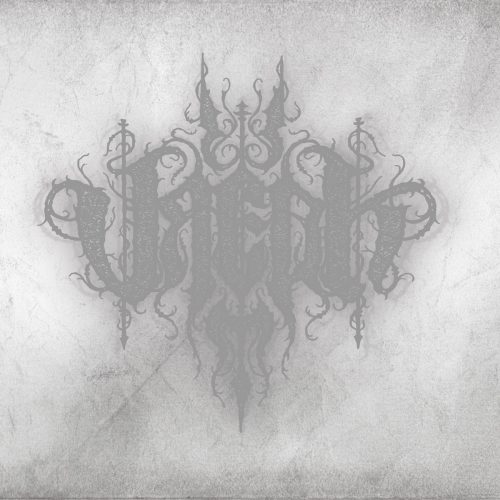 “W.T.C. Productions is proud to present Vaeok‘s striking self-titled debut EP. A duo whose members currently hail from such highly regarded hordes as Sargeist, Kult ov Azazel, Nightbringer, Adaestuo, and Demoncy among others, Vaeok nevertheless emits its own nightsky majesty and mysticism.”

That was an announcement we and others in the metal press received last year, alerting us to the January 7 release of this debut EP. The mention of those other names with which the Vaeok duo of M.S. and VJS have been associated was enough to generate intense intrigue in these quarters about what they had achieved through this new collaboration (which we’re told actually had its genesis in the distant past). We eventually had our answer, and now you will have it too, through our complete stream of the EP’s four ravishing tracks.

Ethereal piano reverberations and misty shrouds of shimmering ambience begin “Terricula Nox“, creating a haunting atmosphere that grows increasingly chilling, and increasingly perilous as the guitar picks up the melody and the drums go off like a cannonade. The terrifying screams that seemed wraithlike in the opening scorch the senses as the music swells in intensity and soars to extravagant heights of tumult and turmoil, accompanied by dramatic choral voices, furious drumming, and a cavalcade of flickering, frantic, and swirling sounds, creating an atmosphere of spine-shivering grandeur and unearthly menace.

The mood created by the ghostly, mystic keyboard vibrations that end that powerful opening track is blasted away by the stormfront that strikes immediately in “Atrox“, which unleashes a barrage of obliterating percussion, unhinged vocals, and searing melody, all of which engulf the senses. The feeling of frightening grandeur created by the opening track is present here as well, elevated by the breathtaking power of symphonic music, while the whirling leads create a parallel feeling of head-spinning, ecstatic delirium.

There is no relent when “Malaesthete” begins. By now Vaeok have set all the listeners’s nerves on fire, and through the third track they continue to stoke the furnace, sending the preternatural flames of the musical pyre even higher. The unchained wildness of the vocals, the jaw-dropping athleticism of the drumming, the otherworldly blaze of the keys and the guitar — all combine again to create a breathtaking sensation of frightening yet glorious mayhem.

But just at the right time, the band change course in “Malaesthete“, slowing the pace, becoming more measured and solemn, and creating a mood of wretchedness and despair. The guitar leads and rippling piano keys together create a mesmerizing spectacle of shattered dreams and soul-splintering sorrow.

Rather than create the kind of jolting contrast that came at the beginning of “Atrox”, Vaeok follow “Malaesthete” with a transition into “Souls Void” that instead builds upon the grief-stricken conclusion of that preceding song. The outset of the closing track is more grandiose to be sure, but still laden with funereal moods. Soon enough, however, the band kick the listener’s pulse into high gear again, delivering a fusillade of double-bass and flurries of feverish fretwork, and infiltrating melodies that are sorcerous and sinister as well as foreboding.

Even as the band push and pull the tempo and change the emotional resonance of the music, the vocals remain a consistent force, an absolutely insane and terrifying presence. Fittingly, the band end the song, and this riveting EP, in a fashion somewhat similar to the way they began it, with spellbinding music that sounds like a communion with spirits of the dead, and will haunt the minds of the living who hear it.

Night-sky mystery and majesty indeed… and maelstroms of terror and turmoil… as well as passages of shattering pain and  crushing despondency… the EP succeeds in creating all these sensations with formidable power.

On Vaeok, M.S. performed voices, guitar, keys, and elegies, and VJS performed drums, bass, keys, and guitar. It was recorded at Drige Forge by VJS, and was mixed and mastered by the veteran Tore Stjerna at Necromorbus Studio. Credit for the artwork and layout goes to Wodenswolf, and Vaeok‘s logo was created by Dennis Hughes (Cythraul Art).